ABSOPULSE Electronics has recently released the BHR 65X2-4U2NF, a 1kW addition to its line of high-reliability, convection cooled, dc-dc converters.

The BHR 65X2-4U2NF converters operate from DC-inputs of 48Vdc or 125Vdc and deliver a single output of 24Vdc, 48Vdc or 125Vdc. A +/- dual output configuration is also possible. Typical conversion efficiency is 85% at full load. Two 500W internal modules are connected redundant parallel, which provides inherent redundancy: the failure of one internal module would result in a 50% drop in output power while the unit remains functional at 500W. The converter can also be used as a 500W redundant power supply.

The converters are cooled by natural convection and require no forced air. Heatsink fins are installed on the sides of the unit and internally to provide sufficient cooling for operation over a 0°C to +50°C temperature range without de-rating. Wider temperature ranges are also available.

The converters are designed for compliance with EN/UL60950-1 and equivalent safety standards. They are well suited to a broad range of heavy-duty industrial applications where fan cooling is not permitted, and where replacement or repair of electrical equipment is not practicable. An EN50155-compliant railway quality version of this design is also available. 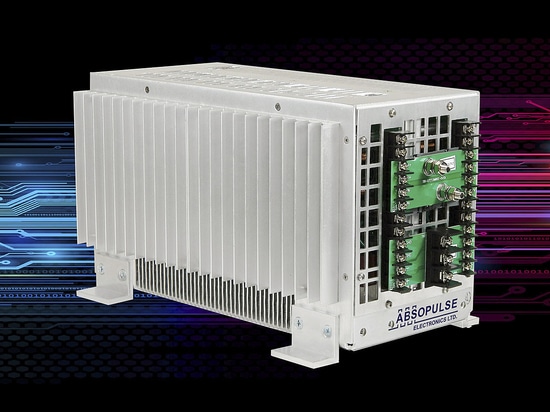 ABSOPULSE Electronics CSI 1K-24/230-3XD3-HSF is a 1kVA IP66-rated pure convection cooled DC-AC sine wave inverter. It is designed for applications where a suitable heatsinking surface is not available and pure convection cooling is required. It is suitable for operation in heavy-duty industrial applications for protection from water from powerful jets, sand, metal dust, ... 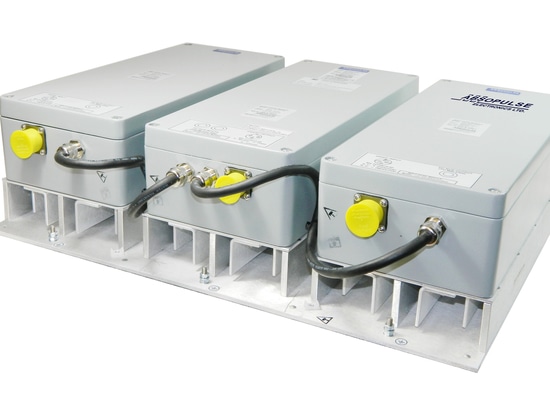 ABSOPULSE Electronics has recently released the HVT 350-F7, a 350W addition to its line of DC-DC designed for harsh industrial applications that require a high DC-input voltage and wide DC-input ranges. The converters accept 1100Vdc nominal input with an operating voltage range of 900Vdc to 1300Vdc, 1400Vdc peak. The units deliver a single output of 24Vdc, 36Vdc, 48Vdc, ... 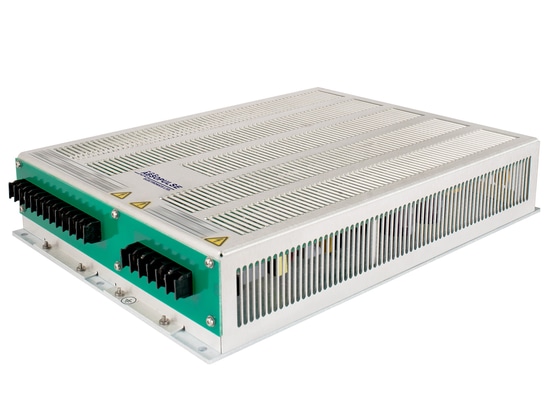 ABSOPULSE Electronics has recently added the RWR-350-P600 series to its line of fully encapsulated RIA12 railway quality DC-DC converters. The units have an input voltage surge withstand capacity 3.5 times the nominal input voltage for 20 milliseconds and meet the requirements of RIA12 with wide margins. RIA12 is the general specification for protection of traction and r... 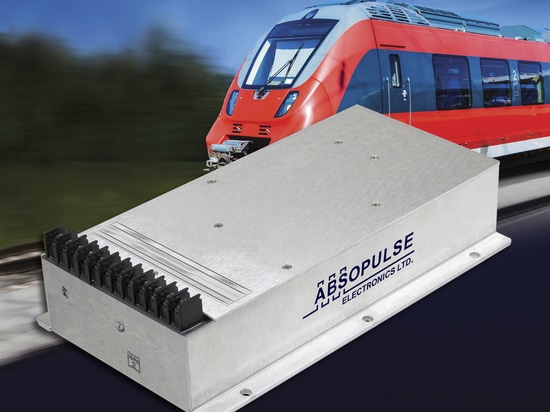 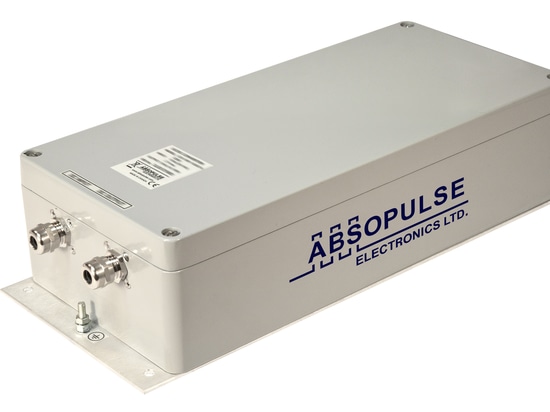