The reliable assembly of fasteners

Screwdriving technology is the key to numerous assembly tasks. Screw fastenings are popular due to their resilience, part reusability and because of the option of undoing the connection at any time without damaging parts. Therefore, screws are the most frequently utilised standardised machine elements and are available in a wide range of designs.

The most important task for assembly fastening involves the application of a defined pre-load force. The pre-load force must be determined so that on one hand, the intended function can still be executed despite any applied operating force, and on the other hand, that the permissible load on the screw connection is not exceeded. It is the frequently unknown seating conditions of the screw connection which can be particularly problematic, as well as any assembly-related fluctuations of the pre-load force.

Series screw assembly does not allow effective determination of the required preload force. Therefore, as an alternative, indirect measurements must be used to control the assembly process. Generally, this means the tightening torque of the screw assembly. Additionally, other experimentally determined parameters such as angle, screw-in time, friction etc., can act as reference variables for the assembly process. Furthermore, innovative procedures have been developed for the detection of the head seating point in order to improve the constancy of the pre-load force.

Within screwdriving technology, torque is still used most frequently as the control parameter. The pre-load force resulting from the tightening torque is significantly influenced by the fluctuating coefficient of friction as well as the screwdriving device’s torque spread. In particular one must differentiate between head friction and thread friction. The sum of these fluctuating frictional conditions results in fluctuations of the pre-load force of up to 50% or more, despite high torque repeatability. This means that the screw connection always needs to be so over-dimensioned that it is not overtightened if a deviation in the upper range occurs and that the required pre-load force is still applied in the case of a lower deviation. “Despite these drawbacks, torque-controlled tightening has emerged as the most popular tightening procedure. This is because technical realisation is relatively simple.”, explains Daniel Guttenberger, DEPRAG Screwdriving Technology Product Manager.

Angle-controlled shut-off can be used in both the elastic and plastic range of the screw. From the start of the angle assembly, tightening is carried out independent from friction. The complete pre-load force spread is therefore less than that of a purely torque-controlled screwdriving procedure.

The friction value procedure is frequently used for testing processes. Here, the results of the friction value measurement are used to evaluate the quality of gears, threads or to determine minimum friction e.g. with self-locking threaded pins. Screw assembly to difference torque or angle independent from the friction torque is still an option.

In order to optimally utilise the material properties of the screw by reaching the plastic deformation range, a limit-value controlled tightening procedure can be used. Here as well, torque and angle are recorded as control parameters. The declining pitch in the stress-strain diagram when reaching the limit value is used as the shut-off criterium.

Looking at the stress-strain diagram you can see that the increase is linear at first and levels out upon reaching the limit value. The axial force acts in proportion to the torque – the strain is proportional to the angle. Mathematically, the increase of a curve is defined as the reduction of the function. If the reduction of the torque falls to approximately 50 % of the benchmark, the limit value is reached and the tightening process is ended. It is possible to overlay this process with angle and torque limits for additional safety.

This procedure reduces the drawbacks of fluctuating friction values or the restrictions of a specifically selected screw. The screws used can be dimensionally smaller in size due to the increased safety when reaching the necessary assembly pre-load force. The limit-value control may only be used on highly accurate steel connections as the represented stress-strain diagram is only valid in these cases. This procedure places high demands on the measurement and regulation technology of the screwdriving system if small or miniaturised screws are used.

The reliable adaptive screwdriving procedure DEPRAG Clamp Force Control ensures a constant pre-load force despite fluctuating screw-in torque values. The complete screw assembly consists of the screwdriving template seating point detection and a screw assembly to difference torque or angle. The seating point detection is the key component. A mathematical evaluation function is formed based on a continuous assessment of the torque procedure. If the trend line calculated exceeds a specifically defined limit value, the seating point is considered to be detected – torque and angle readings at the time of seating are saved.

The calculation method combines two basic advantages: It is not influenced by coincidental fluctuations and increases during the torque procedure which do not arise from the actual seating point and the algorithm is universally valid so the user does not need to set any parameters specific to the evaluation.

The screwdriving procedure is used for applications where varying limiting conditions are present which can cause widely ranging torques. “Fluctuations arise for example due to changes in the screw or hole geometries, the structure of the component material, inconsistent surface qualities of the screw thread, spring-loaded elements or seating conditions”, explains Product Manager Guttenberger. The adaptive tightening procedure DEPRAG Clamp Force Control ensures uniform output for the subsequent end tightening through reliable detection of the seating point. Consequently, there is a significantly improved constancy in the pre-load force. Typical application examples include direct screw assemblies into plastic or metal.

Guttenberger adds: “By taking the specific application and varying limiting conditions into account, a suitable tightening procedure can be determined for any screw joint, thereby improving the constancy of the pre-load force. A screw joint analysis can be decisive in determining the most reliable parameters. As well as recommending tightening procedures to our clients we are, of course, also able to competently recommend the best screwdriving tool for the job.”

With 700 employees, represented in over 50 countries DEPRAG SCHULZ GMBH u. CO. is a well-established global partner for the realisation of innovative concepts in screwdriving technology and automation. In addition to providing a full-service package in the fields of screwdriving technology, feeding technology, control and measurement technology, the machine builders also integrate their products in complex semi or fully automatic assembly systems. From initial consultation through to service and maintenance on your system, there’s only one call you need to make. 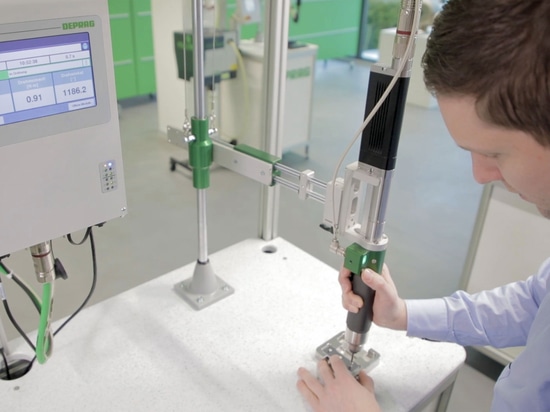 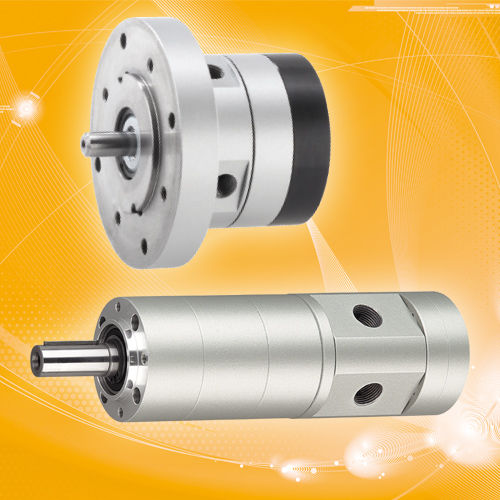 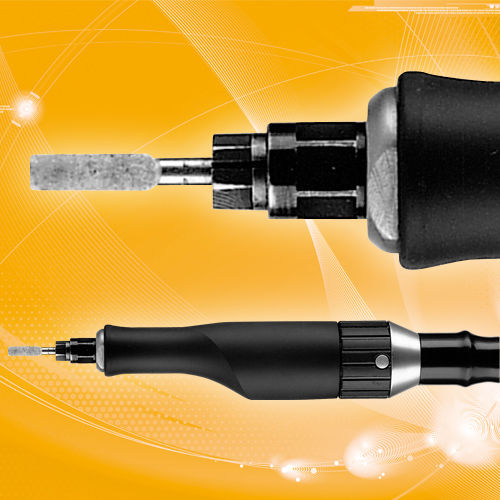 At the MOTEK international trade fair for automation in production and assembly, DEPRAG SCHULZ GMBH u. CO. showcased their extensive expertise in the field of modern screwdriving and assembly technology. Throngs of customers from Germany and abroad, visited the DEPRAG exhibition stand to gather information about their new products. Alongside tried and tested component... 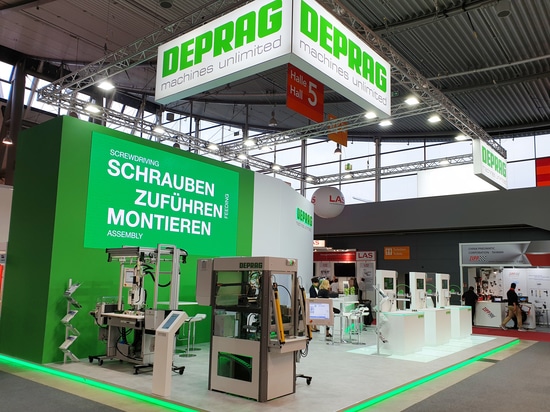 Innovative upgrades and continuous optimisation of existing product lines are the guiding principles of the screwdriving technology specialists DEPRAG SCHULZ GMBH u. CO. The latest developments have resulted in the flexible low-cost electric handheld screwdriver MINIMAT-ED. This stunning all-rounder can, in conjunction with the ComCenter ED, be adapted quickly and simply... 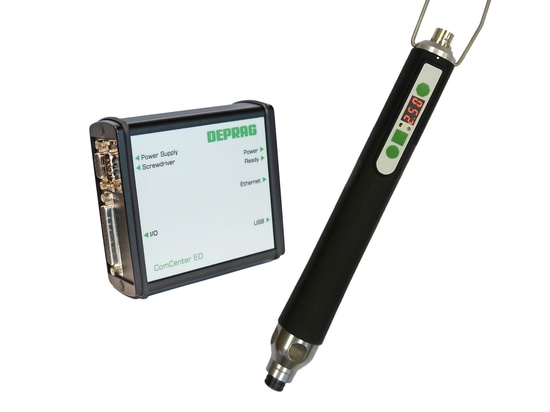 All the big names in the industry are represented at the MOTEK international trade fair for automation in production and assembly at the Stuttgart Trade Fair Centre between the 7th and 10th of October 2019. Designers and operators will find cross-sector approaches, ranging from detailed solutions to turnkey system solutions. The unique industry platform showcases a wide ... 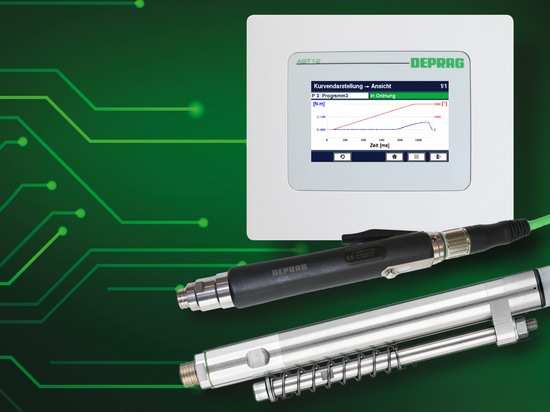 Long system downtimes due to increasing maintenance works are still an issue in production. However, there are sometimes simple solutions which can significantly reduce maintenance time. For this reason, the engineers at DEPRAG SCHULZ GMBH u. CO. developed the BASIC LINE air vane motor, with a particularly attractive price-performance ratio. The one of a kind QuickVChang... 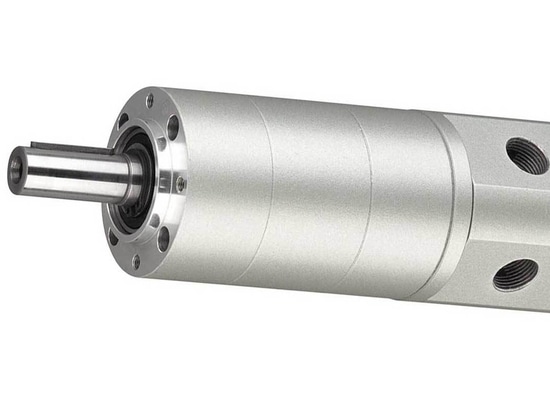