Biofuel - Energy supplier of the future?

However, in the past months and years biofuels had the reputation to generate a social- und environmental dilemma.

Bio ethanol is produced and obtained via bio catalysis (fermentation) and bio process technology. In order to run such well-engineered bio process technology plants, as a rule, a preparation of the lignocellulose containing residual material is required. Not only the degree of the comminution (particle size) due to the installed technical components of the plant and the built-in measurement instrumentation and control systems play a part, but rather what seems even more important is the produced by the comminution high surface and the associated residence time and fermentation period in the bio-fermenter. Hereby the used micro organisms and enzymes are given the opportunity in a time- and resource saving approach to achieve the highest possible plant effectiveness.

For the comminution of the residual plant matter in many pilot plant stations and pilot installations FRITSCH Cutting Mills are utilized. Here especially the Universal Cutting Mill PULVERISETTE 19 in combination with the sample exhauster the cyclone separator.

Advantages of this system are: easiest handling during cleaning and the exchange of the cutting tools. Due to the patented FRITSCH sample exhauster it is possible to produce sufficiently large amounts of bio mass with a particle size distribution from up to smaller than 250 µm, which then can be transferred to the fermentation plants without any problems. The directed high volume air current of the FRITSCH patented sample exhauster of 2800 l/min minimises thermal load during the grinding process and is a secure protection against clogging of the sieve cassettes und enables therefore a high sample throughput. 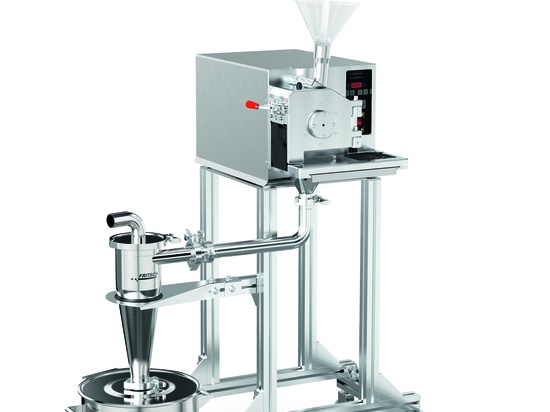 The NEW Universal Cutting Mills from FRITSCH are ideal for size-reduction for a wide range of different materials due to variable adjustment of the rotational speed of the rotor, various knife geometries, replaceable blades, practical sieve cassettes and that with an unmatched ease of cleaning.

The high-speed Universal Cutting Mill PULVERISETTE 19 with a torque of up to 30 Nm comminutes soft to medium-hard sample materials and fibrous materials with reliable reproducible results. The great advantage: The variable rotational speed adjustment in increments of hundred between 300 and 3000 rpm enables fine tuning of the comminution process for each sample within a ... 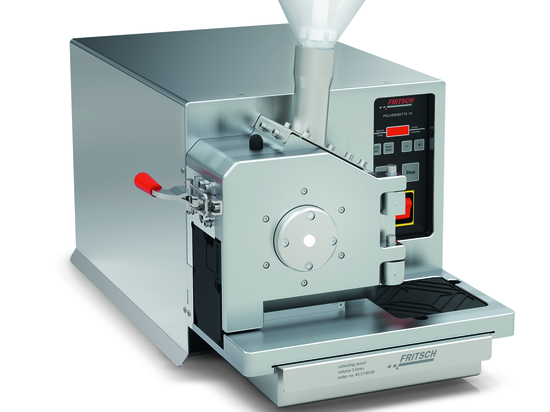 Bishop's cap, butternut, nutmeg or the popular Hokkaido: numerous variations of the colourful autumn vegetable are available in the fall. Unfortunately, however, pumpkin plants absorb organochlorine pesticides (OCPs), among other things, particularly easily from the soil as a result of earlier conventional cultivation. In most cases, however, the residues in samples from... 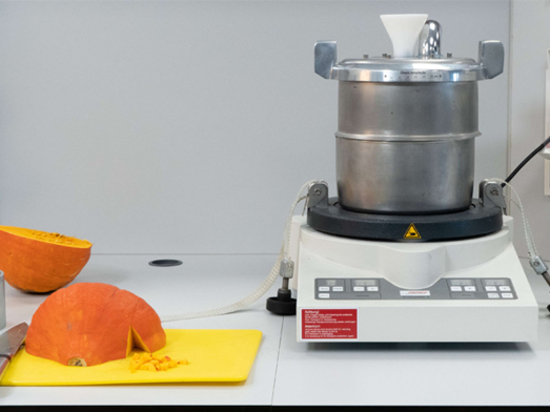 The FRITSCH A-22 NeXT Nano is your Laser Particle Sizer, when it comes to the highest accuracy and sensitivity even with the smallest particles - with an extra wide measuring range from 0.01 to 3800 μm. And as Micro version an economy alternative for a smaller measuring range from 0.5 to 1500 μm. Both are designed with just one laser and a number of patented features fo... 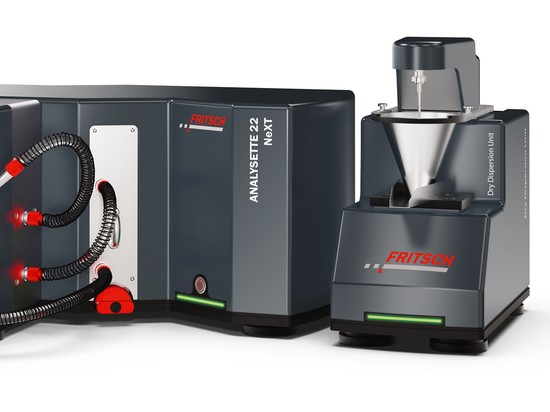 The FRITSCH Mini Cutting Mill PULVERISETTE 29 is the ideal laboratory mill if you regularly grind small sample quantities of materials such as grain, seeds or even plastics and other materials with a low specific density: Inexpensive, compact and space-saving, completely uncomplicated to use and can be cleaned contamination-free in a few simple steps. Particularly powerf...