National standard GB31241GB/T18287 requirements: fully charged lithium-ion battery square battery six sides of each side fell once, fell to the cement ground, a total of six drops with a height of 1 meter; The positive and negative poles of the circular battery each fell once and the cylinder surface fell four times to the top of the 1 meter plank. After the end of the free fall, after half an hour of placement, test the voltage and internal resistance, the open circuit voltage is not less than 90% of the initial voltage, no leakage, no fire and no explosion. Drop testing examines possible drops in the shipping environment or in customer use; From the safety point of view, it is to detect the weld sealing performance of the battery. Using this test method, increase the voltage, internal resistance and quality before the test falls; After 6 falls, measure the voltage, internal resistance, and quality again according to the voltage, internal resistance, and quality to determine whether it is qualified or not: if the voltage resistance changes greatly, the internal short circuit is more likely; If the quality changes greatly and the odor is emitted, the electrolyte leaks. The national standard GB31241GB/T18287 requires that the liquid must not be leaked; EUCAR stipulates that the leakage is less than 50%, and its safety level is acceptable as long as it does not explode in flames. However, after the drop test, if the electrolyte is only slightly leaked, due to the protection of the battery PTC, the battery short circuit is in a closed state in a short period of time, the battery has no voltage, and there is no abnormal change in internal resistance; The leakage electrolyte is attached to the surface of the battery, and the quality does not change abnormally, which may be difficult to determine whether it is qualified or not. When the electrolyte leaks slightly, for the common electrolyte lithium hexafluorophosphate, In the air due to the action of water vapor, and white fumisolated hydrogen are rapidly released. The reactions that occur after contact with air are:

Hydrogen fluoride white smoke can react with ordinary metals such as wires and pads of PCB boards, and emit hydrogen to form explosive mixtures with air; Hydrogen fluoride reacts with the solid silicon compound (s) of the PCB to form a gaseous (g) silicon tetrafluoride, the generated can continue to interact with excess HF to generate a fluorosilicic acid solution, which is a binary strong acid that continues to corrode the circuit board; Due to the slight leakage reaction to generate HF and then corrode the wire pads of the circuit board, etc., a conductive electrolyte silicate solution was gradually generated. The electrolyte leaks very little, the hydrogen fluoride produced may volatilize rapidly, the corrosive metal is less, and the electrolyte air is dry, and the battery may form a slow self-discharge state in the later stage. If the electrolyte leakage exceeds a certain amount, a subsequent coupling reaction will occur to cause a local short circuit phenomenon on the external PCB board of the battery, this reaction lasts for a long time (12h) The conductivity of the electrolyte solution in the early stage is weak, and the corrosion of the electrolyte solution that leaks with the reaction time increases the conductivity of the metal ions, and the conductivity is strengthened to form a phenomenon similar to the external short circuit, and the battery will heat up rapidly, and there is a danger of fire and explosion. Therefore, during the test, the battery is placed in a safe place for 12 hours and then observed again for abnormalities; Then a certain C Rate tests performance such as capacity.

Charge the battery fully, and then place the battery in the chamber, which heats up at a rate of 3 °C/min at a uniform rate, and the temperature rises to 130 °C to stop holding for half an hour. During the requirement that the battery does not fire and does not explode. When the temperature rises when the battery system is abnormal, in order to prevent danger, the thermoplastic separator film melts (120 °C ~ 140 °C) The micropore of the isolation film closes and becomes an insulator to prevent the electrolyte from passing, so as to achieve the purpose of blocking the current. At high temperature, the internal isolation film of the battery is heat shrinkage too large, resulting in a short circuit between the internal positive and negative electrode pieces, the battery is under the continuous action of the external heat source chamber, while the internal battery short circuit current heat Q two kinds of heat to promote the battery isolation film continues to shrink causing more internal short circuit, the vicious circle of the battery internal heat shows an exponential rise, because the chamber insulation for 30 minutes The battery can not dissipate heat rapidly accumulating heat and eventually leads to battery thermal runaway. Under thermal abuse conditions, after the battery fires and explodes, the battery cell is damaged, and it is difficult to analyze the cause of the explosion. Therefore, in this test, it is necessary to detect the surface temperature of a single battery to detect the temperature change of the battery. At the same time, in the closed heat box, if there are multiple batteries for testing at the same time, a large amount of heat dissipation after a battery fires and explodes, in the small space of the chamber, a short period of time to gather heat, may instantly increase the temperature of the chamber, far beyond 130 ° C, inducing other normal batteries to fire and explode reaction. In order to prevent experimental distortion, the battery is best suspended in the chamber; It is better to place only one battery in the built-in chamber for each experiment.

With the user's requirements for the energy density of lithium-ion batteries, the safety performance of lithium batteries is facing increasing challenges. To this end, enterprises study active safety measures such as new flame retardants and new solvents, as well as passive safety measures such as local weakening of the shell and new material shells. How effective these new measures are, and the relevant limit tests are carried out, help companies produce safer products. Combined with the national standards, some of the safety test methods are discussed, and the relevant principles of the needle prick fall heat abuse test are mainly analyzed, the experimental conditions and experimental methods that may affect the results in the actual test are discussed, and some potential factors that cause the failure of the experiment are proposed. It can provide a reference for production enterprises and testing units to analyze product failure modes, and then help enterprises prevent extreme situations such as battery fire and explosion, produce safer products, and promote the stable development of lithium batteries and derivative products. 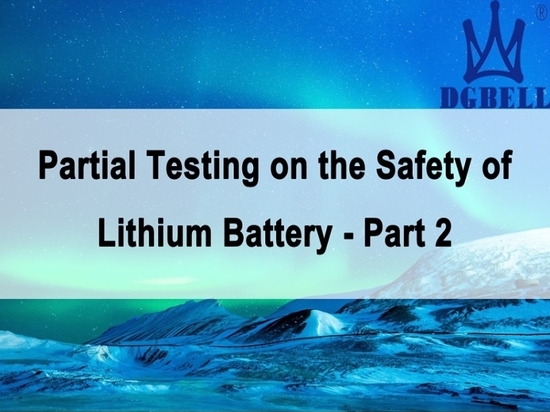 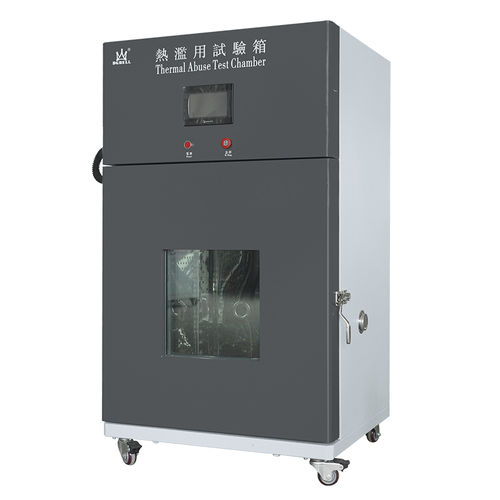 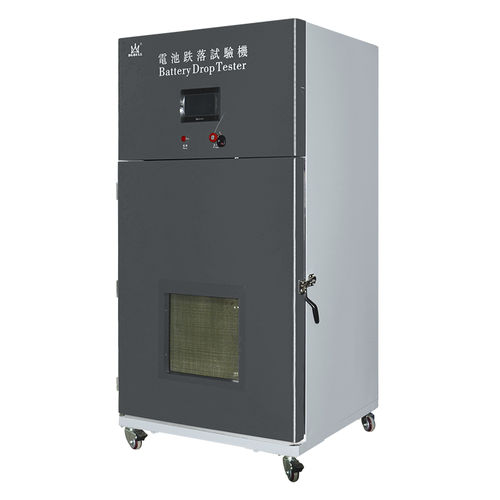 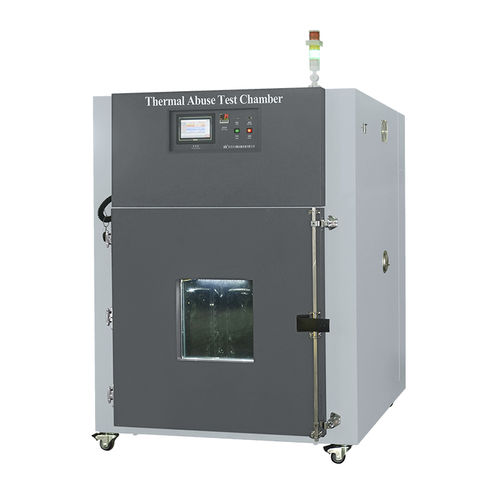