With the continuous advancement of energy technology, the use of electric vehicles has become a viable solution to environmental problems. Compared with other types of batteries, lithium-ion batteries have the advantages of high energy density, long cycle life, easy use and maintenance, etc., and have become the first choice for power batteries for electric vehicles. However, the potential accident hazard of lithium-ion batteries will endanger the safety of people’s lives and property, and the confidence of consumers in accepting electric vehicles will be discouraged. Lithium-ion batteries are generally safe under normal conditions of use, but in the case of individual defects in the production process, and misuse or abuse conditions such as high temperature, short circuit, overcharge and discharge, vibration, extrusion and impact, etc. in the use of the battery will occur a thermal reaction to produce a large amount of heat, if it can not be diffused in time will cause thermal runaway, which may cause the battery to catch fire and explode. From January to July 2018, there were many electric vehicle safety accidents at home and abroad due to lithium-ion batteries.

In order to evaluate the safety of lithium-ion batteries, a number of safety test standards have been proposed at home and abroad, such as ISO12405-3 IEC62133UL1642UN383. In this paper, combined with the current domestic power battery standard FOR electric vehicles GB/T314852015 and the battery pack standard GB/T31467.3-2015, several situations prone to battery thermal runaway are analyzed and discussed.

The nail penetration test uses a high-temperature resistant steel needle ф5mm ~ ф8mm (the cone angle of the needle tip is 45 ° ~ 60 ° the surface of the needle is smooth and rust-free oxide layer and oil) at a speed of (25±5) mm/s from the direction of the battery plate through the position of the geometric center of the steel needle near the piercing surface to stay in the battery for observation for 1h. During this process, the battery should not explode and not catch fire. The modular needle punch test uses a slightly thicker steel needle at the same speed, from the direction perpendicular to the battery plate in turn through at least 3 single batteries (steel needles stay in the battery) observation for 1h. During this process, the battery module should not explode or ignite.

After the steel needle pierces the battery separator, the positive and negative pole plates of the battery form a loop with the steel needle, causing a short circuit inside the battery to generate a large number of hot spots. When the temperature reaches 130 °C, the general diaphragm begins to shrink and melt, causing a larger area of battery positive and negative electrode contact to further form an internal short circuit phenomenon. When the battery is in full power, the positive and negative poles are in a metastable state When the temperature exceeds 180 ° C, the positive and negative poles will have a strong exothermic reaction with the electrolyte and produce a large amount of gas (including a large amount of combustible organic gas and a small amount of oxygen). When the temperature rises to more than 240 ° C, the fluorine-containing binder begins to react violently with the lithium carbon to release a large amount of heat The flash point of the linear carbonate in the hot electrolyte is low and easy to produce an open flame In most cases, the steel needle pierces the hole of the battery and is easy to spray combustibles at high temperatures to ignite in the air to form a spitfire phenomenon (as shown in Figure 1). When doing the needle prick test of the module battery, the module battery voltage is higher, the needle prick causes the internal short circuit when the instantaneous current is larger, and it is more likely to occur when the thermal runaway of the battery is ignited and exploded.

The voltage platform of the lithium-ion battery of the ternary material system is higher than that of the lithium-ion battery of the lithium-ion system of the lithium-ion system of the lithium-ion system, and the pass rate is very low when the needle prick test is carried out. On December 30, 2016, the four ministries and commissions of the state issued the “New Energy Vehicle Promotion Subsidy Scheme and Product Technical Requirements”, which stipulates that the acupuncture test in the safety and test methods for power batteries for electric vehicles (standard number GB/T31485-2015628638) will not be implemented. The drafting group believes that the acupuncture test is inconsistent with the actual failure mode in the foreign IEC62660-2 and IEC62660-3 standards and does not use the acupuncture test to evaluate the safety of the battery At present, how to adjust the acupuncture test parameters is difficult to completely replicate the actual use of the failure conditions. However, all types of testing requirements are difficult to fully replicate the actual failure condition testing, which only indirectly reflects some typical failure modes extracted from the failure mode. In practical applications, there must be a possibility that a foreign body will pierce into the battery and cause a short circuit in the battery. In addition to iec’s two standards, SAEJ2464 and UL2580, the requirements for acupuncture are also clearly stated. In these respects, the national standard requirements are reduced. Today’s pure electric vehicle market in the battery energy density is increasing, and the degree of danger of battery failure under test conditions is also on the rise.

The large current generated during the short-circuit process will cause a large amount of hot battery temperature generated inside the lithium-ion battery to rise rapidly. Under the action of high temperature, the exothermic reaction and gas production reaction between the positive and negative electrode materials and the electrolyte described herein will occur inside the battery. The vaporized electrolyte and other combustible gases will burst through the battery casing and spread into the air as shown in Figure 3, while the high temperature will ignite the linear carbonate with a lower flash point to form a battery fire phenomenon shown in Figure 4. 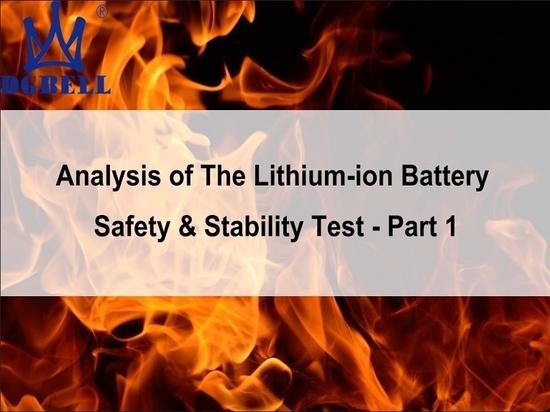 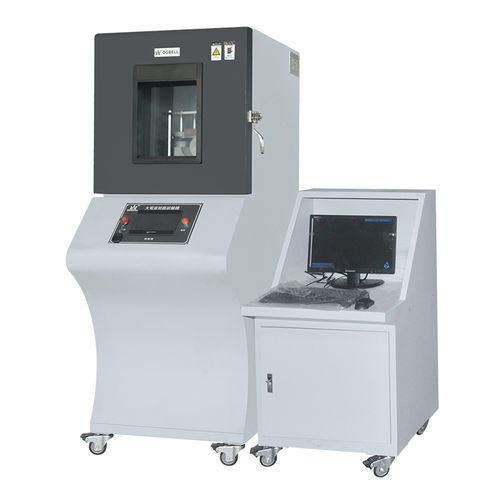 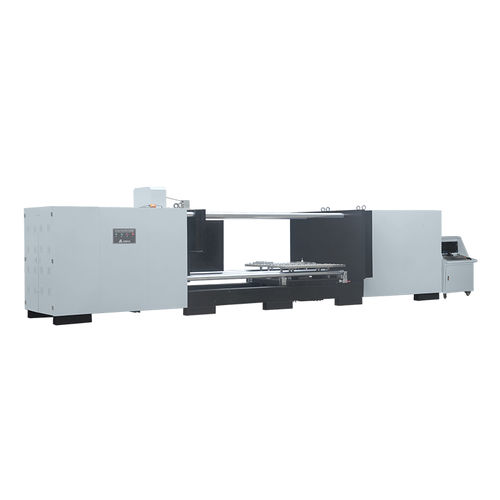