Use of self-generated nitrogen in the production of additives

In the casting of metals and alloys, additives are used in the production of moulds and cores with the aim of producing flawless cast parts. The additives should also improve product properties and achieve energy and material savings. Powdery substances are mixed together to produce the additives. ASK Chemicals, a globally leading supplier of foundry chemicals and tools for the foundry industry, overlays its solids mixer for mixing the additives with nitrogen, thereby avoiding the risk of dust explosions. Nitrogen is produced directly on-site using INMATEC generators to ensure its constant supply.

Additives play an important role as excipients in the foundry industry. They are used in foundries to avoid casting defects such as veining, metal penetration, scabbing or stress cracks. It is often the case that their addition significantly reduces the proportion of expensive special sands, such as chromite sand, which are used as basic mould materials in foundries for the production of moulds and cores, or it replaces such sands completely. Moreover, additives provide an improved casting surface and therefore enable "plain-free" casting, in which cast parts are coated in an energy-intensive process in order to create smooth surfaces.

The company uses a solids mixer with a capacity of 3 m3 for production. In this context, different powdery materials, such as wood flour and graphite, are mixed with each other. This creates a dust atmosphere which, in combination with oxygen, results in an explosion risk. At ASK Chemicals, safety is paramount and, for this reason, a flush with nitrogen is carried out prior to each filling of the mixer to completely free the mixer contents of oxygen. To this end, nitrogen is pressed into the mixer in two passes of six minutes each with a volume of 90 m3 per hour. This is then filled with 80 percent useful content and 20 percent nitrogen. The nitrogen for the mixer, which is operated in two-shift operation, has a purity of 99.8%.

The INMATEC nitrogen generator PN 1650 Ontouch with pressure swing adsorption (PSA) technology is also located in the production hall and produces the requisite nitrogen in a quantity of up to 23 m3 per hour. To this end, sterile compressed air flows through two adsorption vessels filled with a carbon molecular sieve. Oxygen and carbon dioxide molecules from the ambient air are bound in the sieve, while the free nitrogen molecules flow into the product tank and, from there, they are pressed into the mixer. The generator is connected to the company’s compressed air system, which also supplies the factory with control air.

"As a supplier for the automotive, shipbuilding, wind energy and many other industries, we offer our customers products of the highest quality. For this to be possible, our production processes must run smoothly and reliably. In the course of producing additives, which are an important business area of ASK Chemicals, we decided to inert using nitrogen we produced ourselves with an INMATEC generator. The decision is based on our calculations, which show that on-site nitrogen production is significantly cheaper than using cylinders. Moreover, we reduce our CO2 balance as there is no need for delivery by truck. The generator runs reliably, requires little maintenance, and exceeds our expectations", remarks Michael Trede, plant engineer responsible for the planning and testing of plants at the Wülfrath site. 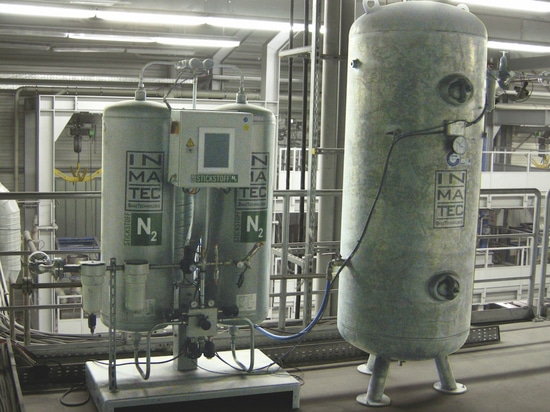 HIGH-PURITY RAW MATERIALS FROM THE BY-PRODUCTS OF BIODIESEL PRODUCTION 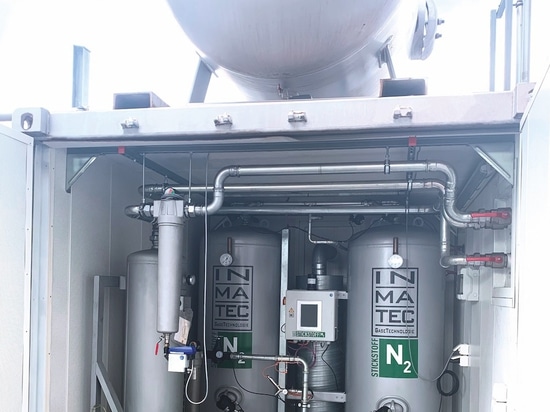 We delivered a container solution consisting of an oxygen generator, a compressor and a buffer storage. The IMT PO 1450 oxygen generator generates 3 cubic meters of oxygen with a purity of 93% per hour and is used by a company group known worldwide. A test facility for water treatment for industrial purposes is to be built in a part of the group that deals with the manuf... 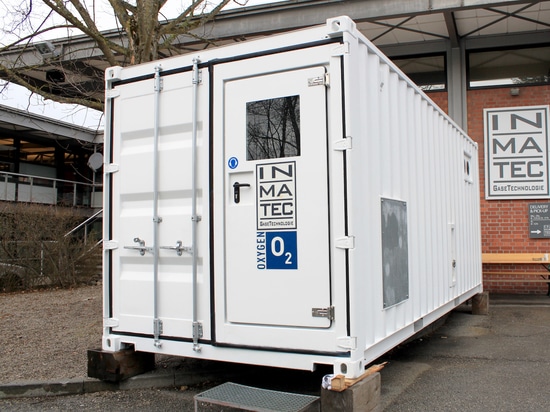 Singapore Airport, also known as Changi Airport, is one of the largest airports in Asia. With 62.2 million passengers (2017), it is among the top 20 worldwide. In order to avoid damage to aircraft tires, they are filled with nitrogen at the airport. A nitrogen generator from Inmatec will soon deliver the required inert gas after delivery from the Herrsching plant. Air...

Forellenhof Sigl has been active in controlled fish farming since 1975. However, the rising temperatures in summer are making it increasingly difficult to keep fish in natural ponds due to the reduced oxygen uptake of the water. Only through the introduction of pure oxygen is it possible to ensure the desired stocking density and sufficient feed uptake by the fish as wel... 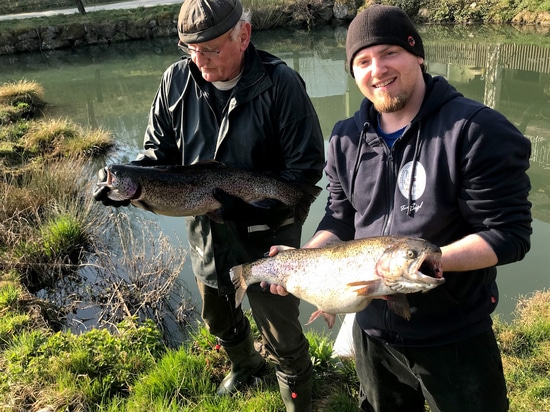