Outdoor shelters with a novel combination of Intertec's passive and active cooling technologies have been chosen to protect vital control systems at a Middle Eastern refinery. The environmental protection solution is being provided as part of an upgrade to the burner management systems at the core of the plant's refining processes.

High-reliability PLC-based systems will provide the control and safety functions needed for management of eight separate burners. However, the physical location of the systems - deep inside the process - and the harsh coastal desert location of the refinery, pose major additional challenges for this engineering upgrade.

The project partners selected the field instrumentation protection specialist Intertec to provide the enclosure solution because of its experience of harsh environments, and for its novel protection ideas that will enhance the overall functional reliability of the control systems.

Intertec's design response to the engineering problem incorporates two major features. The first is custom-designed remote instrument enclosures (RIEs) based on composite GRP materials. The materials protect against the many environmental challenges of the application including very high levels of UV, extremes of temperature, dust and sand abrasion. The second key part of the protection solution is a regulated internal environment that provides the essential cooling required for the reliable operation of the electronics in the harsh Middle Eastern climate. This is maintained by a combination of three cooling methods, in order to provide exceptional redundancy against failure. The IP65-rated shelter also utilises the plant's instrument air service - after drying and filtering. This provides a slight positive pressurisation of shelter interior atmosphere for safe operation in a hazardous area, as well as ensuring there are no corrosive chemicals in the atmosphere.

"Intertec's novel approach to this field protection problem meets a growing need in today's process world," says Keith Wood, Intertec's project manager. "Control and instrumentation systems are being sited much closer to the process, deep inside corrosive and hazardous areas - and this in turn is demanding higher levels of reliability. GRP enclosure construction materials, combined with innovation in the associated protection systems such as cooling, are helping engineering consultancies to create advanced new plant solutions."

Three cooling technologies will protect the PLC-based control and safety systems: an air cooler, a water cooler, and a water-based passive cooling system. In normal operation, the water cooler and passive cooler operate in combination to decrease the internal operating temperature of the eight shelters. The aluminum heatsinks of the PLCs and cases will be installed directly onto conductive mounting plates, in contact with the liquid-based cooling media. This conductive heat transfer provides a much more efficient cooling mechanism in addition to conventional air convection.

The passive cooling system works by exploiting the regional climate's large temperature swing over the daily cycle, using water as a medium to store the coolness of the night and moderate internal temperatures during the day. Natural convection moves the water around the system and its heat exchangers. In this application however, Intertec's addition of an electrically powered water cooler improves efficiency - and reduces the size of the water tank needed for the passive cooling circuit. If the powered water cooler should fail, the electrically powered air cooler switches on to maintain the internal environment. If both of the powered water and air coolers fail, the passive system has enough cooling and storage capability to maintain a low shelter temperature for many days - giving refinery staff plenty of time to effect repairs.

One of the advantages of this multi-faceted approach to cooling is a reduction in size of the protection solution. A pure passive system would need to be sized to deal with the hottest days of the year, which would necessitate a large water tank for a Middle Eastern location. The inclusion of two other cooling technologies allows each cooling component to be reduced in scale - and cost - as the systems can work in combination to handle occasional extremes of duty cycle. In most normal operational cases, each cooling technology has the capacity to handle the load by itself. This particularly reduces the cost of the air cooler element, as the system must be ATEX-rated - adding significant costs.

Another interesting feature of Intertec's solution is the size of the shelters. The shelters are scaled to accommodate the PLC control and safety systems, but are also designed to be accessed only from the outside in normal plant operation. The powered water and air cooler units are mounted on an external wall. Several other small panel-mounting enclosures provide external access to the electrical connection and I/O termination points. The PLC is fitted with a touchscreen HMI panel that sits on an external wall - allowing operators on the ground to make adjustments to the control programs locally if needed. A door is incorporated in the shelter design but this is locked in normal operation, and only accessible under controlled circumstances. This reduces the size and cost of the enclosures, and eliminates the need to make them blast proof. All eight shelters use a common design with a footprint of around 2 x 3 metres, plus a heat exchanger on the roof, which also overhangs to provide shade.

The need for a custom shelter shape was easily handled by Intertec's extensive investment in manufacturing automation, which includes large-bed CNC cutting, routing and drilling machinery that can make custom panels in quantities as small as one.

The shelters will be assembled and factory tested at Intertec's European manufacturing centre in southern Germany. This plant incorporates a modern and well equipped assembly and testing line. Intertec will install the PLC and safety control system modules inside the shelter, to the design layout provided by the project engineers. The shelter will then undergo two separate in-depth testing programs. One will test all the features of the shelter including pressurisation and the correct operation of the cooling systems - which will involve the use of a very large and sophisticated environmental test chamber. The functioning of the PLC-based control and safety system will also be tested in conjunction with the project engineers, before the finished shelters will be transported in standard shipping containers to the refinery, ready for connection to the process. Delivery of the eight RIEs will start in the second quarter of 2017. 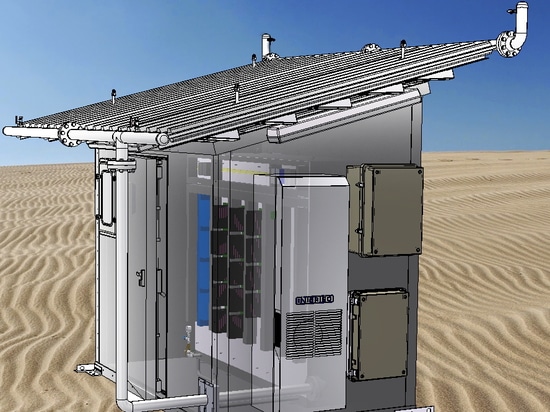 Intertec has launched a range of enclosed emergency safety showers for use in harsh outdoor environments. The emergency safety showers (ESSs) are integrated into shelters made from advanced composite GRP materials to optimize them for durability and long life. The exterior faces of the insulated shelters are 100% GRP (glass reinforced polyester) with an advanced UV-r... 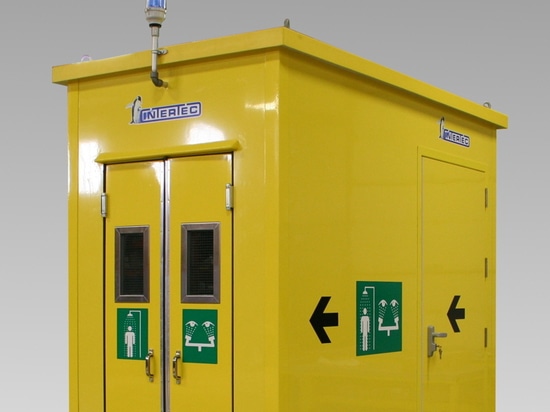 Intertec has launched a unique inspection door for outdoor equipment protection enclosures. The new GRP Inspection Door comes with a window frame made entirely from GRP (glass reinforced polyester) - a material offering a very high degree of protection against corrosion combined with excellent thermal insulation. The design offers a more durable alternative to the co... 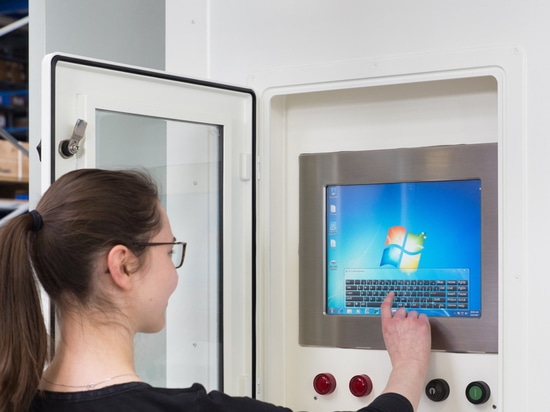 The extensive explosion-proof heater range from the outdoor enclosure specialist Intertec has been certified to Brazil's INMETRO standards. With more than 20 styles of convection and conduction heaters this certification offers process control and instrumentation engineers the largest choice of heaters for hazardous area applications available in Brazil today. The introd... 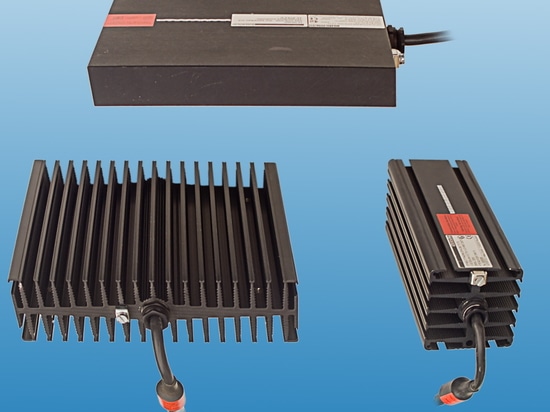 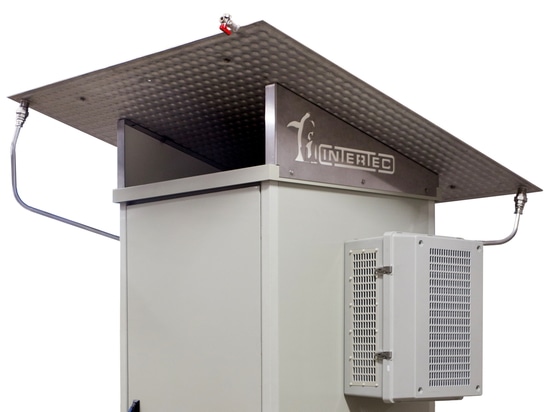