Recently a customer asked us for a way to automatically test circuit continuity on their printed circuit boards.

We attached a continuity inspection probe to the robot’s Z-axis, the same as we would a dispenser or other tool to create an automated continuity testing device. In the demonstration video shown here, the robot inserts the probe into three connectors installed on the PC board, checks for continuity, and reports the results lighting a blue or red lamp to indicate OK (pass) or NG (fail).

The robot used in this video is a JR-V2000 Series Standard Model. In addition to this flexible multipurpose Standard Model, the JR-V2000 is also available as a Dispensing Model or Screw-Tightening Model.

Although the JR-V2000 is not CE-declared for import to the EEA, its sister model, the JR3000 Series is CE-declared and can perform these same operations. 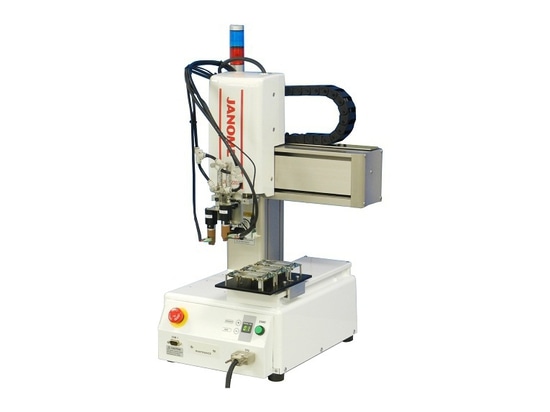 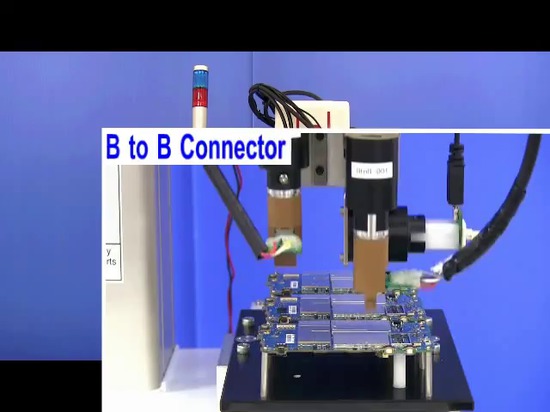 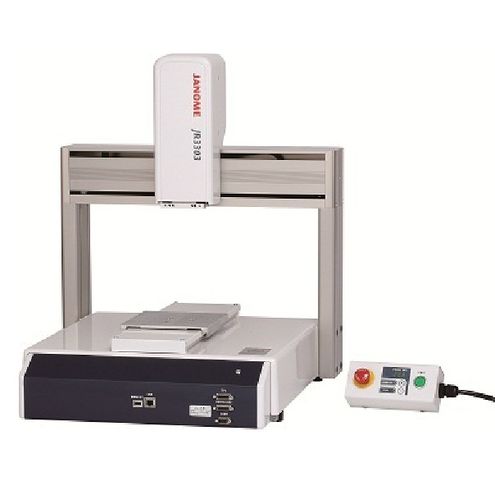 The i22X Multifunctional Inspection Device harnesses the power and accuracy of a precision Janome robot to accurately inspect your work.

Designed for use either as an independent unit or for integration into an automated assembly line, the JC-3-X2 features two X-Axes motors for accurate positioning and dependable repeatability even over larger workpieces or pallets. Dedicated controller with Standard or Dispensing system firmware included. For more information, please contact us.

Sister model to the JP5U Series Unit Type servo press, the rugged JP5T Series C-Frame servo press is available in five sizes: 0.5, 1, 2, 5, 10, 30 and 50kN with other sizes coming soon. Programmable through a convenient front-panel with LCD and operable by pair of switches at the base, the JP5T is easy to setup and run. Compatible with 6 optional Field Networks and with ...

Janome’s economical JR-V2000 Series Desktop Robot is a veteran at advanced dispensing, but install our dedicated screw tightening system software and the JR-V2000 takes on a whole new look. Specially designed to handle mini screws (M1.0~M2.0) used in phones and other hand-held devices, etc. this user-friendly introductory model is available as a complete set with an elec... 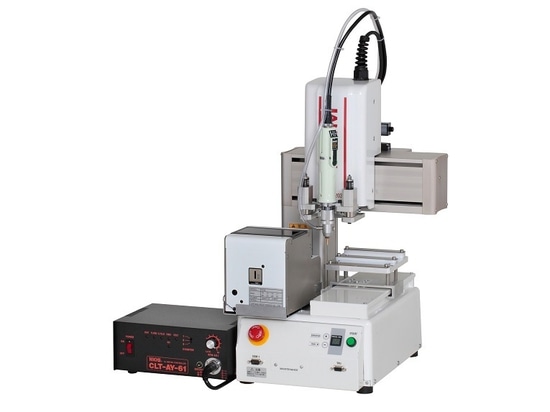