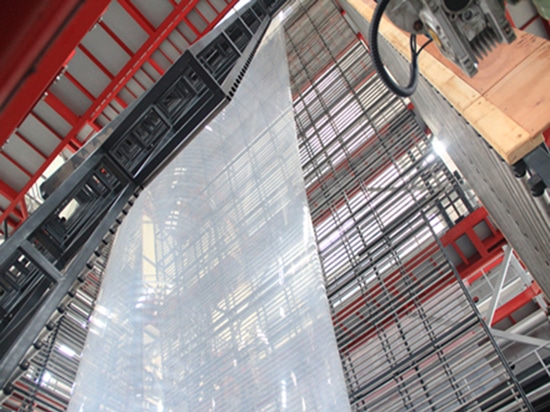 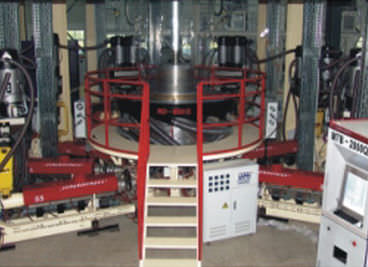 Recently, a 4-layer CPE cast film line is sold to a customer in China. The model is M4L-2800. The film thickness ranges from 20μm to 150μm. Max film width is 2500mm, and max extrusion capacity reaches 970kg/h. For the cast system, the main cooling roller is Φ1000mm, and the auxiliary cooling roller is Φ400mm. It can reach the Max. line speed for 200m/min. The machi... 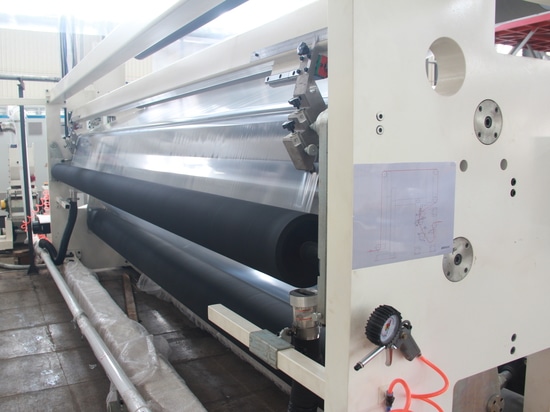 Recently, a 2-layer TPU Blown Film Machine is sold to a customer in China. The machine produces TPU film with excellent properties of high flexibility, water-proof and abrasion resistance, which is widely used in various fields. The Blown Film Machine (M2B-1700Q-C) is used for the processing of LDPE and TPU. In the TPU layer, the film thickness ranges from 0.015mm to ... 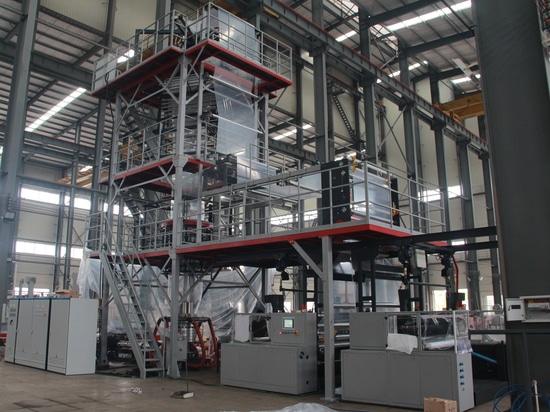 Recently, a 3-layer machine is sold to a customer in India. The 3-layer Blown Film Machine(M3B-1700Q-C) is designed to process variety of resins such as LDPE、LLDPE/LDPE、MLLDPE、EVA and HDPE. The film thickness normally ranges from 0.03mm to 0.12mm. Max film width is 1600mm. Since the Max. extrusion capacity can reach 560kg/h, accordingly line speed can be up to 80m/mi... 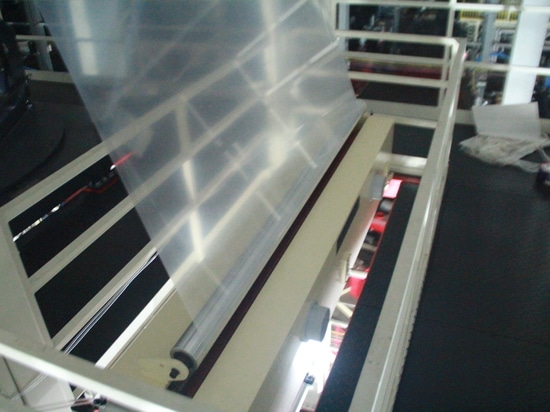 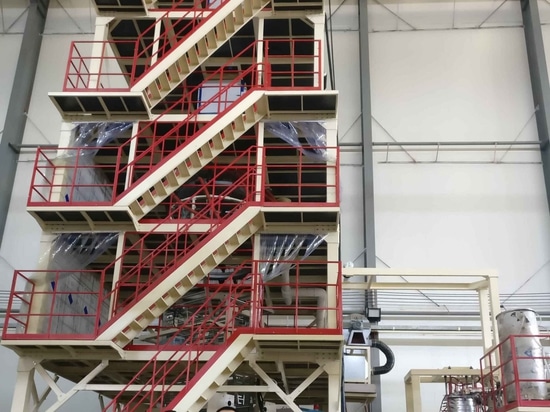