Notrax® Cushion Trax® is once again best in class

Already the bestselling anti-fatigue mat in its class due to its wide range of features, best in class comfort for both static and dynamic workstations, the 479 Cushion Trax® is known for offering superb comfort, durability, and safety.

Already the bestselling anti-fatigue mat in its class due to its wide range of features, best in class comfort for both static and dynamic workstations, the 479 Cushion Trax® is known for offering superb comfort, durability, and safety.

The reputation of the 479 Cushion Trax® has been earned from over 30 years of industrial use combined with continued research, development and new technologies to add specific features that have improved durability, safety and performance.

Once again, the 479 Cushion Trax® has received the Bfl-S1 rating according to European Standards EN-13501-1 as tested by the TUV Laboratories. In order to achieve the fire rating, products are tested for fire behaviour in independent laboratories for ignitability and reaction to fire. The first letter B(fl) indicates the fire behaviour and the S1, which stands for smoke, indicates the low amount of smoke. The product is re-tested every five years to revalidate the certification.

Feedback from employees was also used to support the research using observations from workers who compared working on anti-fatigue mats to working on the hard floor and noting their level of comfort and fatigue every hour during eight-hour shifts. One worker commented: “Less fatigue in the legs at the end of the day and less muscular and articular troubles, better absorption of weight.”

The National Floor Safety Institute (NSFI) certified the 479 Cushion Trax® for floor safety after passing rigorous testing for anti-slip properties. The 479 Cushion Trax® has also received an R10 anti-slip rating according to DIN51130 and BG-rule BGR181. It is available with yellow borders along the sides which comply with OSHA code 1910-144.

The 479 Cushion Trax® is also the most diverse being used in a large variety of applications. The Notrax® Cushion Trax® is already a best-selling industrial anti-fatigue matting product used mostly in production facilities due to its long-wearing top surface with Uni-Fushion™ technology that is engineered to resist the harshest work environments.

Its diamond plate tread offers flexibility of movement for easy twists and turns which makes it the preferred mat for manufacturing plants, production and assembly lines, logistics and packing stations where it is used mostly for long aisle solutions and individual workstations.

The classy look of the grey and black mats works just as well in commercial applications behind shop counters, hotel reception desks and supermarkets. The PVC top layer resists all types of footwear including high heels.

The 479 Cushion Trax® has a proven track record which makes it the mat of choice for industrial and commercial users. The latest fire rating is yet another accolade that makes Notrax® Cushion Trax® unique in its class of industrial-grade anti-fatigue matting products. 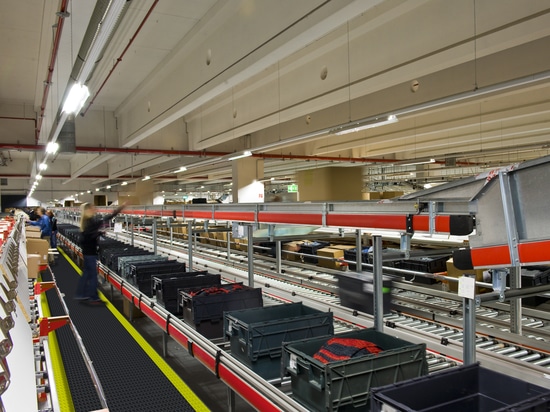 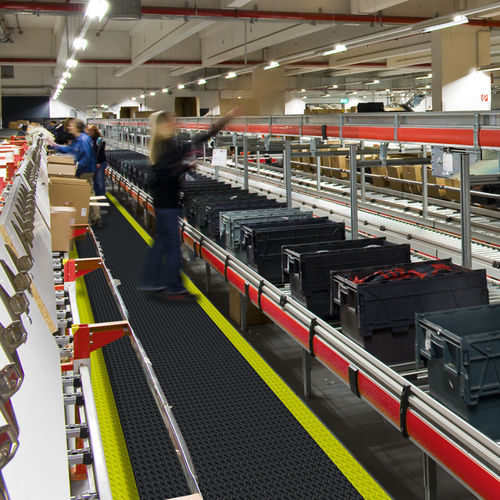 The most powerful natural sanitizer: Ozone Using nature to fight nature Ozone generators are used as a safe environmentally friendly method of disinfection, deodorization and microbial decontamination. With the emergence of COVID-19, this technology, used for decades in wastewater treatment and the food industry, is being used to disinfect rooms, gear and PPE. First, ... 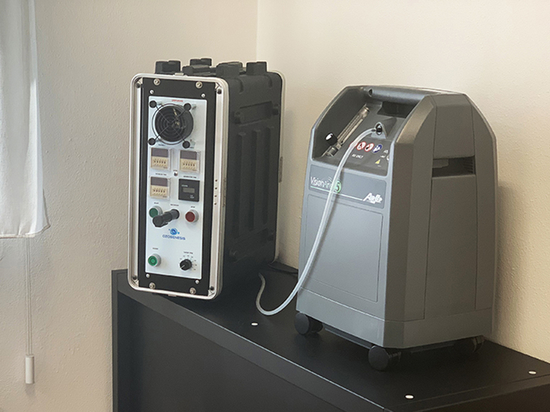 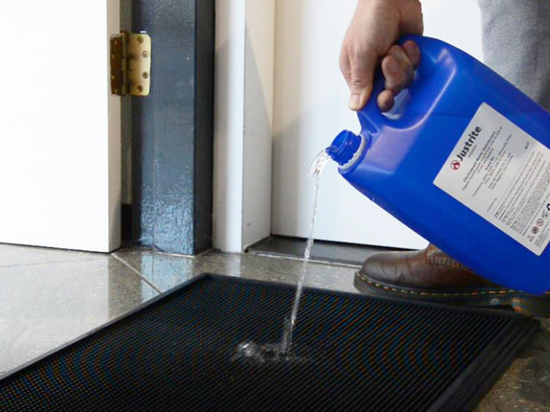 The Importance of Sanitizing Shoes during COVID-19 The forgotten contaminator We know that washing your hands and keeping a social distance from people is incredibly important to prevent the spread of the COVID-19 virus right now. Essential businesses that are allowed to operate are sanitizing high-touch areas several times a day such as door handles, countertops and s... 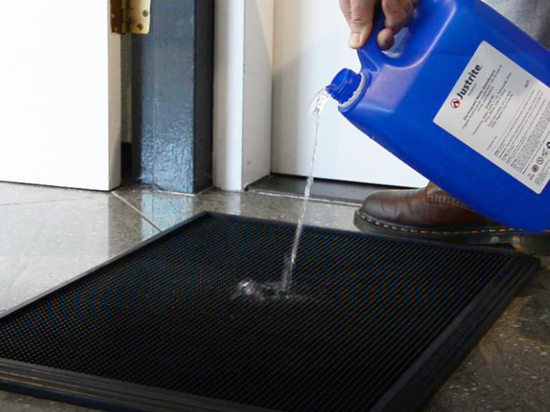 Help protect your business and customers with custom floor marking Custom printed matting Make your policies on preventing the spread of COVID-19 crystal clear with our custom printed logo matting. Our custom logo matting can be fully customized with your message/policy in any colour or design of your choosing. Remind guests/visitors with messages such as ens... 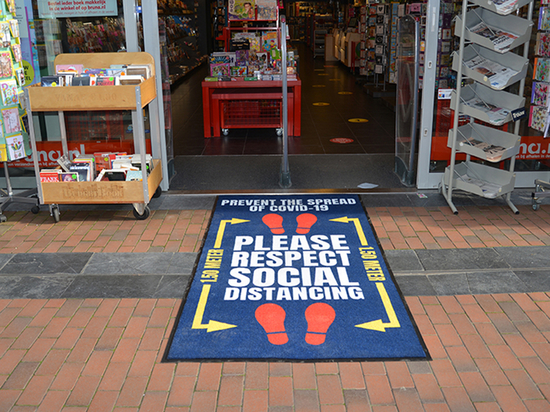