Until now, industrial robots have been primarily adopted for mass

production of products with long life cycles. Meanwhile, in fields such

as electric and electronic technology, which have short product life

cycles and replace models every few months, it has been thought that

automation is difficult to achieve for reasons of preparation time and

The new duAro is a robot with a new, dual-armed structure that can fill

needs for two-handed human labor with straightforward reproduction of

the independent movement of two arms. Ease of use has been a cornerstone

of its development. It uses the simple horizontal movement of a SCARA

the robot highly practical. Also, the robot body and controller are

structured as a package on a wheeled base. This makes it easy to install

human would with two arms. The body has two arms which extend

horizontally from its trunk and move in sync. Also, it has collision

detection and the ability to move slower near humans for safety. Thus,

it can be installed right beside workers to work with them without worry.

The name duAro combines the words dual and robot. It is meant to sound

like a friendly nickname for a dual-armed robot that is safe and reliable.

If two conventional SCARA robots were installed next to each other, they

would take up a large space. However, the duAro comes with two coaxial

arms packaged with a single controller, so that it fits in the space of

a human. In addition, because both arms are coaxial, they do not easily

interfere with each other. This enables coordinated operation that is

The wheeled base on which the arms are installed houses the controller,

so the robot can be installed easily just by rolling the wheeled base.

Because the robot uses two arms, jigs are not required and both robots

and humans can be replaced easily. This makes it possible to respond

promptly in an emergency, such as if a robot stops, and to start up

quickly systems for which line changes used to take time.

Fully equipped with comprehensive safety features, the duAro is ready to

work with humans. It has a low-output motor and can reduce its speed

based on area monitoring. In the unlikely event that it does collide

with a human, it uses collision detection to stop instantly.

Previously, a major obstacle to the adoption of robots for products with

short life cycles was the frequent need to change programs and teaching.

functions of the duAro make robot teaching easy for everyone.

In addition to direct teaching, a tablet or teach pendant can also be

used to teach the duAro. A single device can work with multiple units. A

vision system can also be incorporated. There are also standard hand

options. The robot can be customized with the ideal arm structure for

the job, such as by changing the arm length or adding a rotation axis.

specifications and broaden the applications of the duAro. 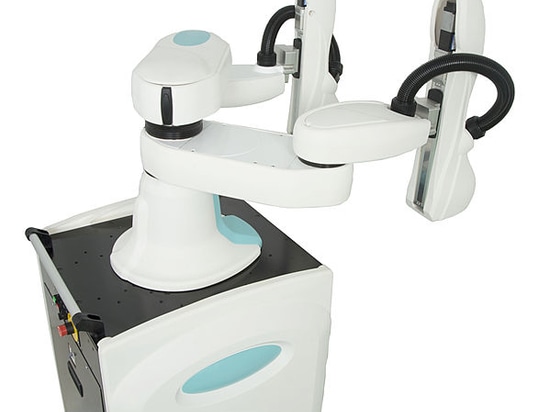 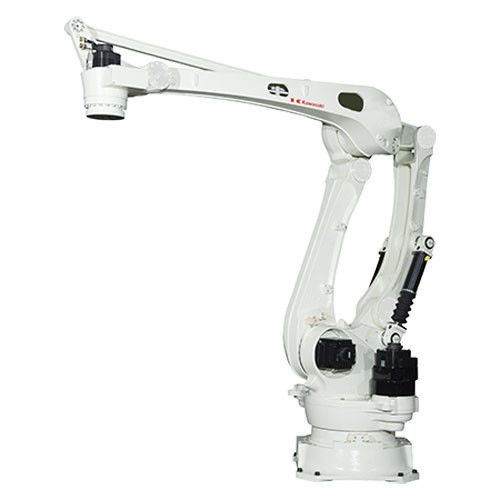 The Kawasaki MG10HL allows applications such as handling automotive floor pans, or complete bodies, between processes to be carried out safely, quickly and accurately using minimal floor space. For applications requiring payloads over the 1,000kg limit there is also a 1,500kg option available. The lightweight design uses high-rigidity ball screws in conjunction with Kaw... 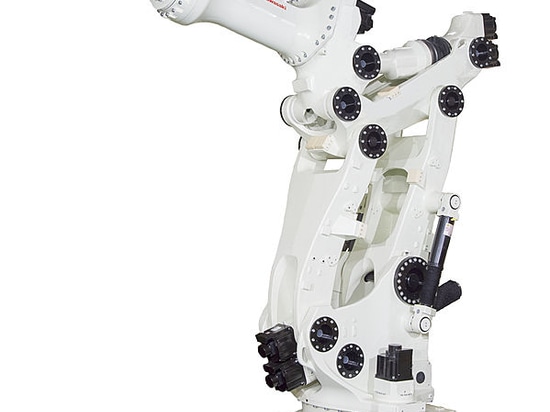 Even in small and mid-sized companies, flexible automation of production processes has become a deciding success factor. In order to support this trend, Kawasaki Robotics (www.kawasakirobot.de) and its international partners focus on the development of compact, automated welding cells. Three of those welding cells from AKON in Germany, ASTOR in Poland and Tiesse Robot in... 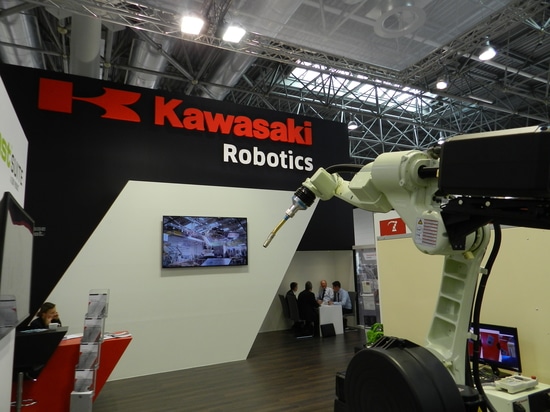 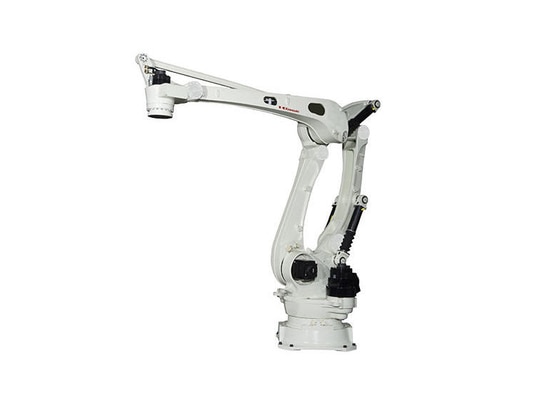 Our new compact arc-welding cell K-ARC Basic and the intuitive 3D simulation tool K-Virtual make the automation of welding processes more convenient, flexible and cost-efficient than ever before! 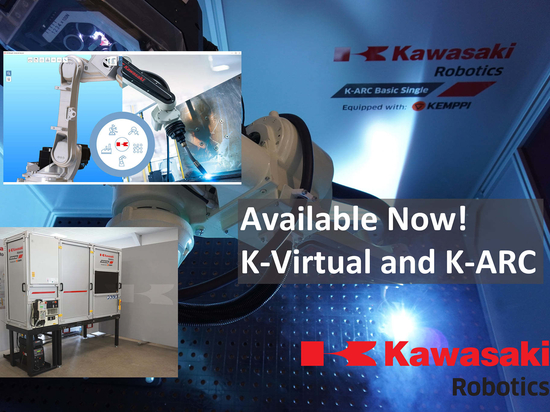