Why was Laser Castle so successful at the Laser Photonics World in Munich?

Lasermet presented the latest version of their modular Laser Castle at the 2015 Laser Photonics Show in Munich and were flooded with enquiries. The Laser Castle on show featured the Handy Laser Welder system demonstrating the leap forward in Lasermet’s active guarding technology. Specifically designed as the certified, laser safety solution for OEM integrators, the Laser Castle is the optimum enclosure which includes the OEM version of ICS-6 interlock control system.

The Laser Castle is a modular, Class 1 laser safety cabin for Class 4 lasers, certified to international laser safety standards. Available in standard modular sizes it can be installed on site in 2 days – including all electrics. The passive Laser Castle can, optionally, be upgraded to the patented Active Laser Guarding system called Laser Jailer, which is ideally suited to multi-kW lasers which are used for laser welding, laser cutting and laser cladding.

To upgrade the Laser Castle cabin from a passive to an active system requires the complete inside of the cabin to be lined with LaserCamoflex tiles. These are sheets of detector circuits which are electrically connected to the interlock control system.

The interlock controller monitors the active LaserCamoflex tiles and as soon as any inadvertent laser beam strikes the inside of the cabin the interlock controller disables the laser safety input in less than 50ms, thereby rendering it safe. The tiles are easily mounted onto the walls and can simply be replaced in a few minutes if they are struck by a laser beam.

Alongside the active laser safety system for the walls and ceiling is the option to have active laser safety windows – called Glaser Jailer. This is also patented – as it works using the same type of detection system and enables users to view the action inside the cabin. Again, if the window is struck by a multi-kW laser the interlock controller disables the laser safety input to the laser within 50ms.

Further details are at www.lasermet.com/lasercastle 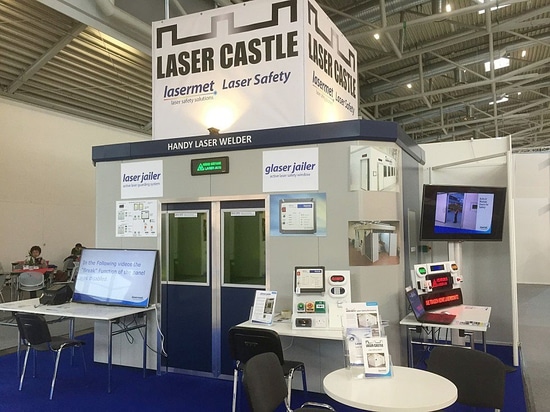 Fraunhofer is Europe’s largest application-oriented research organization with locations throughout the world and Fraunhofer CLA has been operating in the United States since 1994 developing new laser applications for a wide range of industrial customers. With its extensive expertise in laser materials processing and a state-of-the-art laser facility, the Fraunhofer ... 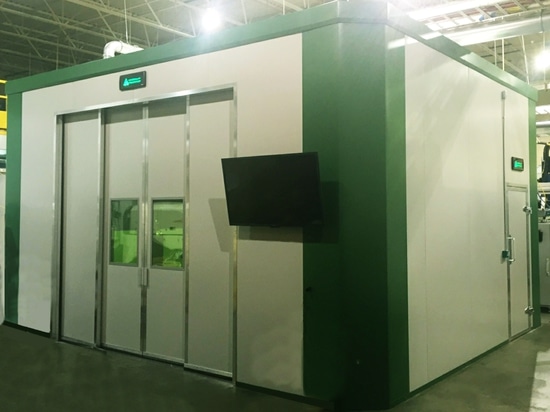 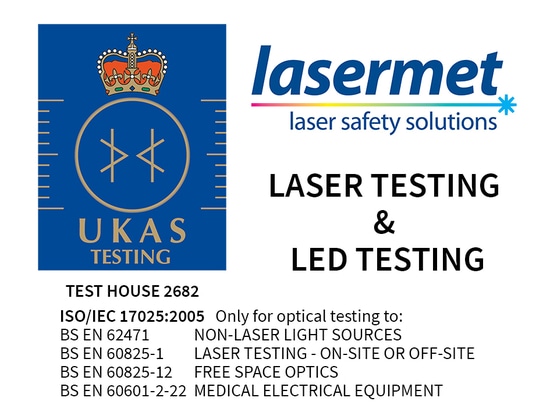 This inaugural event took place on 3rd October 2019 and was attended by the new design team, and hosted by the Lasermet Directors at the new 4,000 sqft facility. Lasermet’s sales team and international distributors from the Middle East, the Far East and Australasia came to take part in this next step of global expansion for Lasermet. Paul Tozer, Managing Director ... 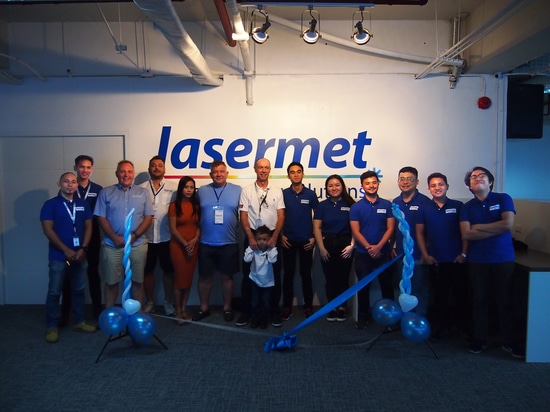 Ideal for manufacturing environments these cost effective, standard laser safety cabins are now available for rapid installation. • Standard sized laser safety cabins are available – “off the shelf” • These modular, rapid build units can be fully installed in one or two days • Fully interlocked, with LED warning signs, access control and more… • Fully compliant to I... 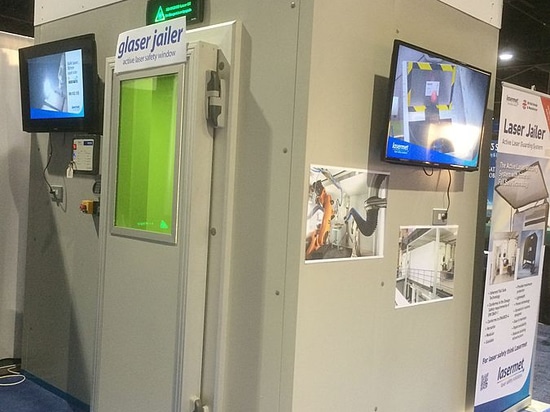 Certified protection from laser robots Certified protection from laser robots
*Prices are pre-tax. They exclude delivery charges and customs duties and do not include additional charges for installation or activation options. Prices are indicative only and may vary by country, with changes to the cost of raw materials and exchange rates.
Compare
Remove all
Compare up to 10 products