Closing the gap between tablet press and film-coating

During ACHEMA 2015, L.B. Bohle presented the ROB 50 as innovative solution to automate and optimize production processes in both continuous and batch-oriented production of solid dosage forms. The ROB 50 is a robotic system for handling of tablet containers, to close the gap between the tablet press and film coating process.

Initially, L.B. Bohle developed the ROB 50 for the Continuous Production Line (by the consortium of Gericke AG, Korsch AG and L.B. Bohle), installed in the Technology Center in Ennigerloh, Germany. In general, it is desirable to maintain a continuous material flow through the production line from the initial dispensing of raw materials, up the film coating of the produced tablets. However, if the tablet cores after

compression are immediately transferred into the coating process, the expansion behaviors of tablet cores implies an imminent risk for cracks/fissures in the film coating.

The film coating layer behaves like a rigid shell around the core, with the expanding core applying forces pointing outwards, see Fig. 1. Due to the insufficient elasticity of this shell, these forces lead to cracks at the weakest points of the coating layer. Obviously, such defects are inacceptable quality deficiencies, in case of functional coatings also affecting the therapeutic effect of the pharmaceutical product.

from a few minutes to several hours.

In batch production, the workflow for approval of the tablet cores as intermediate product already provides sufficient time for the tablet cores to expand. However, the concept of continuous production targets to eliminate product movement between the production area and warehouse, in order to facilitate an increased turnover time, ideally with real time release mechanisms.

This motivation led to the development and implementation of the ROB 50 as an automated handling system for tablet cores, illustrated in Fig. 3. The central part of this unit is the robotic lifting column with an elongated arm, required to move tablet containers between different positions. With the two degrees of freedom =the system is capable to position the cradle at the tip of the arm on a cylindrical operation range around the robot. Using the cradle, the robot can pick up tablet containers automatically. These tablet containers feature a lid with filling ports, as well as a discharge valve at the bottom. When picking up a container, the robot also establishes a control connection in order to operate the discharge valve.

Within the robot’s operation range, it can reach the following

the currently active container is full, the diverter switches the tablet stream over into the container in the other pitch. Now, the robot can pick up the full container and replace it with an empty one. The container storage rack (2) holds the tablet containers during the relaxation time, as well as empty containers to be re-used at the filling position. The size of the storage rack is to be calculated based on the production parameters, specifically the throughput of the tablet press and coater, to realize the required tablet core relaxation time. Finally, the third position is the discharge position into the film coater (3). By positioning a full container above the inlet into the coating process and opening the discharge valve at the bottom of the container, the tablet cores are released into the process. Ideally, the coater supports a charging from the top, such as the Bohle KOCO product series.

Certainly, the benefit of the ROB 50 lies in the automation of these transport processes. The integrated control software features an inventory system for all containers and pitches. By interfacing with both the tablet press and the tablet coater, the control unit schedules the different transport jobs and optimizes the material flow b ased on p redefined pr iorities. This not only ensures an optimal execution plan, but also a compliance with the predefined relaxation times, critical for the product quality.

As indicated initially, L.B. Bohle developed this system for the continuous production line. However, the ROB 50 can also automate the product transfers in batch environment, to close the gap between tablet press and film coater. In this

case, the ROB 50 is also available for larger container sizes. In addition, in case of long process times for the film coating process, the ROB 50 can server to coaters positioned next to each other in an alternating manner. Customized version with

an additional degree of freedom are available, too. For higher throughput or long relaxation times, L.B. Bohle also have solutions to automate the storage rack.

In summary, L.B. Bohle offers with the ROB 50 an innovative solution to decrease the lead-time of film-coated tablets, while reducing costs for product handling and risks for failures in the production workflow. 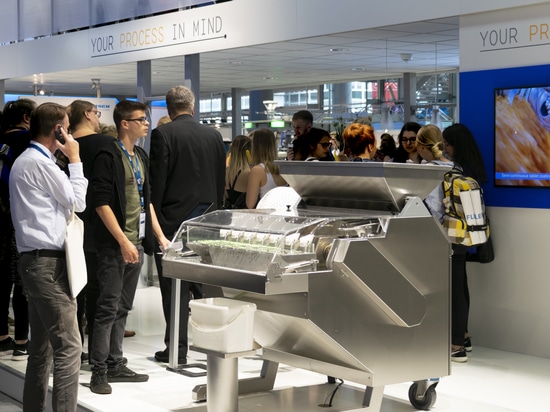 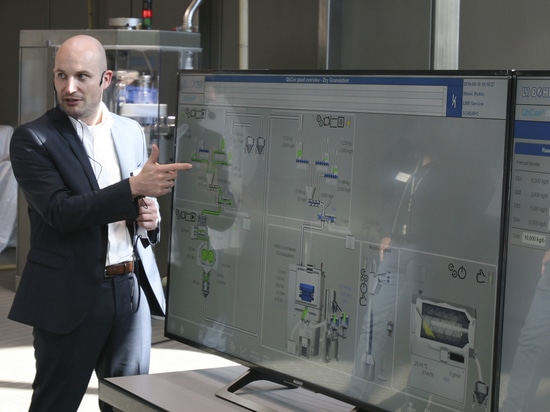 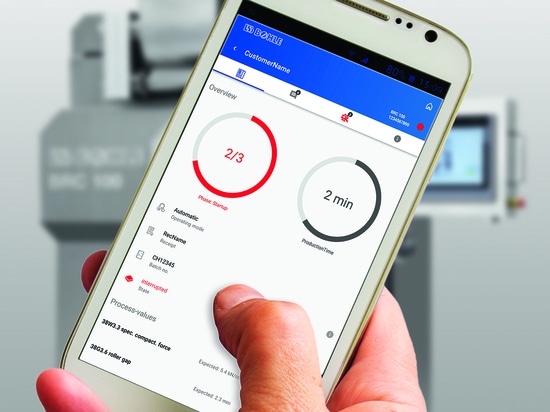 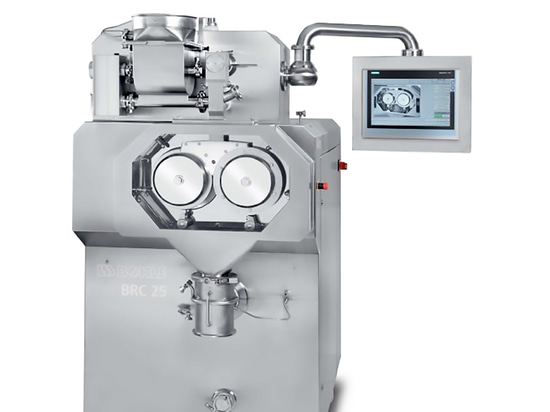