Starting from the robust and reliable valves series 70, we have added a

few distinctive features, such as the presence of a valve status diagnostic

system and the creation of a double communication channel

guaranteeing redundancy of the architecture.

The simplest version is obtained from a pneumatically-operated 3/2

monostable valve. It is well known that when this type of valve is in the

idle state (coil de-energized), port 1 is not connected to the downstream

pneumatic circuit and port 2 is on relief; when the valve is operated (coil

energized), port 1 is connected to port 2. When the coil is de-energized

again, the valve is returned to the idle state (and hence port 2 relieves)

by means of a spring that returns the spool to the home position.

In the event of a failure, the spool may remain in the actuation position,

even when the coil is de-energized, thus leaving port 2 pressurized.

To offset this problem, we have added a Hall-effect sensor that reads the

spool position. This means that when the valve is deactivated, the sensor

is in the ON state, when the valve is activated, the sensor is in the OFF

A status in which the sensor is OFF state and the coil de-energized indicates that there is a problem.

To reduce the probability of risk during plant maintenance, the manual actuator mounted on the electric control is the monostable type.

The sensor inside the valve is available in the standard version with a 2.5m three-wire cable (standard or ATEX certified) or with an M8 connector

For applications requiring higher performance levels, we have also develop a double-channel version (redundant) that requires the use of two valves

series 70 with a monitored spool arranged so that port 2 of valve 1 is connected with port 1 of valve 2. If just one of the valves de-energizes, port 2

relieves, so, even if one of the two spools remains blocked, the other guarantees relief of the compressed-air circuit. In this case, too, the presence of

spool position sensors can be used to monitor the status...... 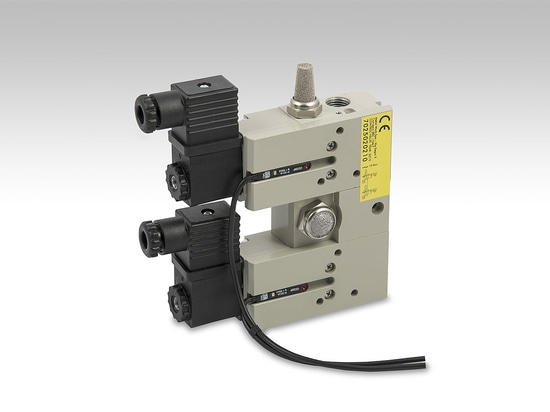 The CM (Clever Multimach) series of Metal Work solenoid valves have now been upgraded with fieldbus interface. More modern protocols are also available: Profinet IO, EtherCAT, CANopen, EtherNet/IP. Each bus node can handle up to 64 outputs and 32 inputs. System modularity is very interesting in that valve units of different sizes, with ø 4, 6 or 8 pipes, can be assembled and combined as required without the need for extra bases, because the CM series does not require any base. Starting with the first unit, which has a bus interface, you can add as many slave units as desired up to a total of 64 outputs. This results in optimised system performance and cost savings, because each bus node can serve different islands installed on the machine as required. In addition to the classic bus-error function, the highly-advanced system diagnostic unit ensures the detection of any internal communication defects and the identification of the exact point of occurrence, or alerts the user when a solenoid has shorted or f... 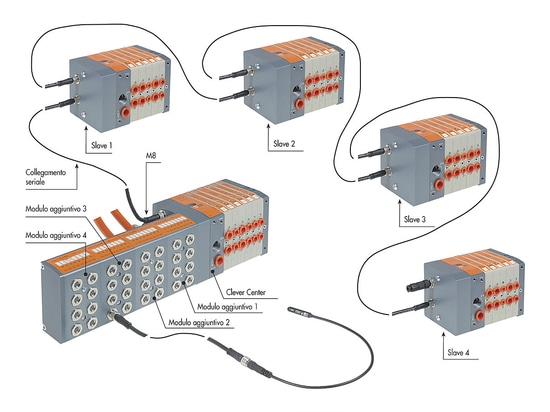 To explain this system, let us start with the problem that needs to be solved. Anyone needing to make an assembly machine has to choose the single components and decide how to fix them all together. A huge number of slides, grippers and other components is available on the market, but the designer has to customise everything. He has to develop the devices required to c... 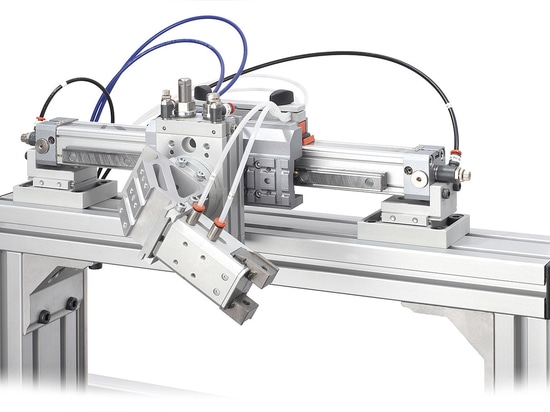 EB80 is a new electro-pneumatic system that encompasses solenoid valves, power supply, digital or analogue input or output signal control in a single unit. The product is the result of lengthy research aimed at understanding customer needs and converting them into solutions; which explains the motto presenting the EB80: “Driven by customers, designed by Metal Work”. EB... 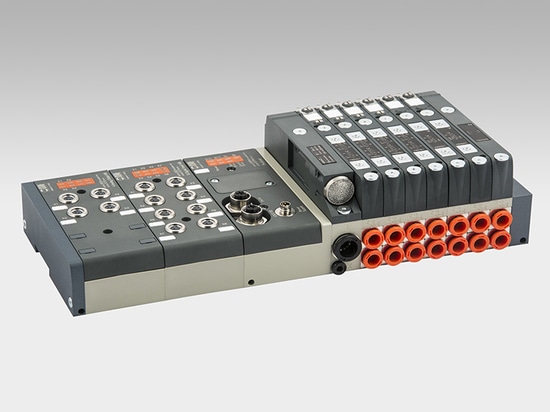 The cylinder structure features a sturdy anodised aluminium extruded profile to ensure optimal rigidity. The typical V-Lock dovetail (no grooves) is provided for easy installation using QS elements. The V-Lock interface with a dovetail and standard grooves is mounted on the moving plate to fix the other components using K or QS elements. The slide is moved by means o... 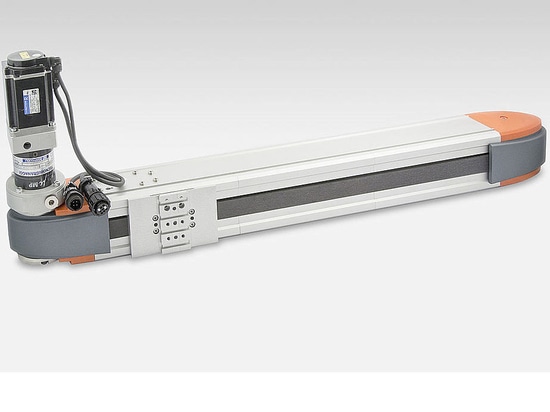