After having obtained the innovation prize in November 2018, Environment and Energy category, for its IMPERIUM power plant, NAODEN decided to participate in the Bois Énergie trade fair in Rennes on January 30 and 31, 2019.

This show will allow NAODEN to discover more closely its modular solutions for energy production in cogeneration (IMPERIUM) or only in heat (NOBILIS).

The Bois Énergie show will also give NAODEN the opportunity to prove that its micro-power plants are the energy solutions of tomorrow because today, the company is more and more quoted and becomes one of the

Since 2016, NAODEN has installed an IMPERIUM plant at Vertou (44) on the site of Coteaux Nantais, a producer of organic fruits. The power station now values ​​pallet / palox waste and apricot kernels.

By the end of the first half of 2019, two new IMPERIUM 100 power plants will be delivered, the first to the community of communes of the Haut Val d'Alzette (57) and the second to a sorting center: Kerval Center Armor, a waste recycling union in the Côtes d'Armor center (22). 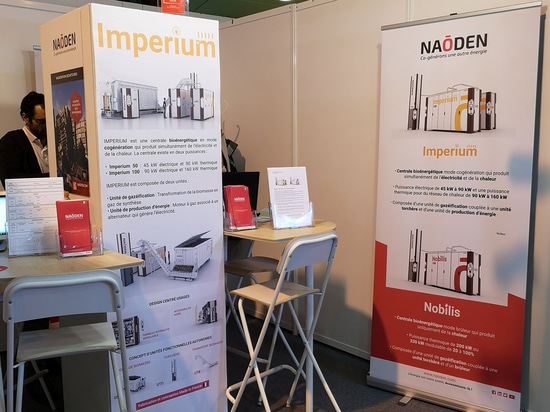 For NAODEN, the first quarter of 2019 ends with the sale of an IMPERIUM plant to a hotel-restaurant on the coast of the Pays de Retz.

After the signature of a partnership agreement with the Angers metropolis in late 2018, in collaboration with Engie Réseaux, NAODEN signed a sales contract with Inov'on, for an IMPERIUM plant. Inov'on is a company providing innovative solutions, bringing together several companies including Chrono Flex (hydraulic hose specialist), Fruizz (communication agency) or Vent...

For NAODEN, 2018 is a year that confirms its desire to become a leader in the micro-power market bioenergetic: Firstly, with the sale of a bioenergy plant at Kerval Center Armor, a waste recovery syndicate in the Côtes d'Armor center. Indeed, this sorting center opted for an IMPERIUM 100 plant. Secondly, NAODEN signed a partnership agreement with the Angers metrop... 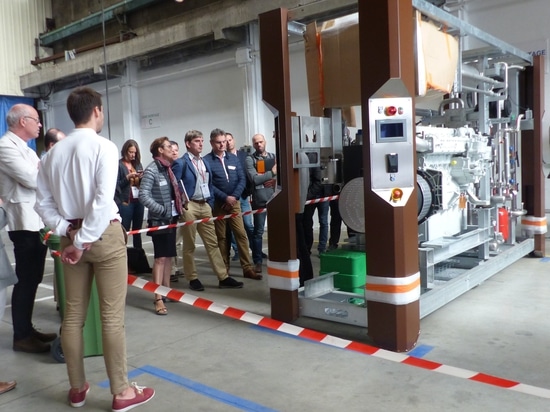 Participant at the Salon of Mayors and Local Authorities from 20 to 22 November 2018, NAODEN wanted to try his luck by registering for the innovation contest and it succeeded him. The IMPERIUM power plant, developed just one year ago, was awarded the Salon des Maires with the 2018 innovation prize in the environment and energy category. The innovation awards ceremony ...