Gantri, a startup out of San Francisco, is using 3D printing to manufacture luxury table lamps. Their CTO, Christianna Taylor, previously designed satellites before joining the company, having earned a PhD from the Georgia Institute of Technology.

“It can take years and hundreds of thousands of dollars to produce one product, and then you have no idea if people have any interest in that product. That development cost is so steep that most designers won’t see their designs on the market,” said Taylor.

The founders of Gantri felt that the cost gap between regular home decor and luxury designer decor could be bridged with 3D printing and a bit of creativity. However, according to them, there’s one problem: there’s only one type of 3D printing that’s affordable enough to produce objects at a price point that the average consumer could afford, which is FFF / FDM and its quality level is by no means luxurious as the visible layer lines are generally regarded as unattractive.

But Gantri solves the problem with a simple solution: a bit of light sanding and a coat of water-based paint. The results speak for themselves. Their table lamps are modern and sleek sources of light that could easily be mistaken for exhibits in an art gallery. That’s because Gantri is removing the barriers between designers and consumers. Designers can apply directly through the website to sell their lighting decor, and the Create Hub backend provides designers with all the necessary fitting dimensions of their available plugs, bulbs, and other non-printable hardware. Gantri engineers communicate directly with designers to help them optimize their models for printing and finishing. Once a design is finalized, Gantri handles all of the printing, assembly, and shipping, and designers receive a royalty for every sale.

Currently, Gantri is only selling table lamps, which are all made of corn-based PLA and include fully-dimmable LED bulbs. Eventually, they’ll produce other interior design pieces. To help further that goal, they’re developing the Gantri Dancer, a four-gantry 3D printer with a rotating bed. The design enables the printer to deposit material independently at four different points, meaning it can effectively print four times as fast. Even without the new printer, Gantri’s fleet of Ultimakers still serves as a lean manufacturing plant.“At Gantri, we believe that the future of manufacturing is digital. This is because industrial manufacturing leads to oversupply and waste, while traditional hand-crafting makes high-quality design too costly. Instead, we built a next-generation factory that uses cutting-edge 3D printing technology to produce luxury-quality products without industrial inefficiencies.” 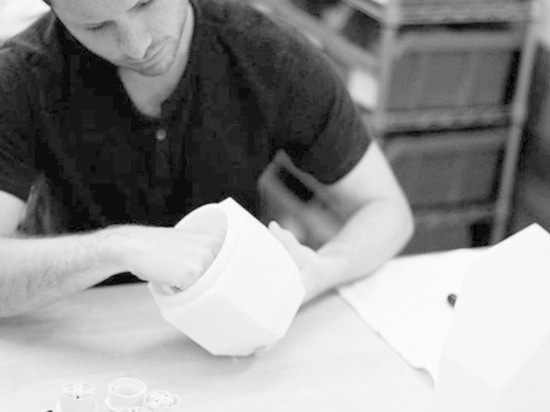 Gantri lamps are assembled at the company’s facility in San Leandro, Calif. 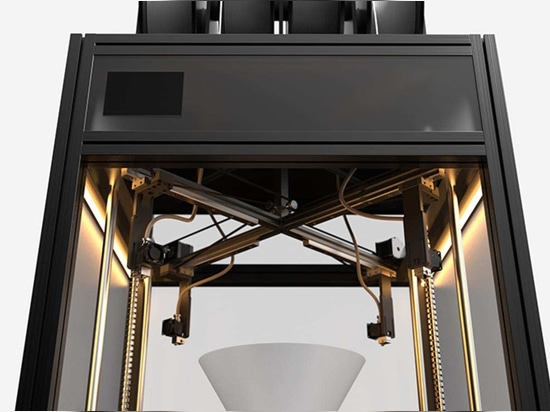