Enormous opportunities exist for companies looking to improve efficiencies and save money on customer delivery.

Companies large and small are grappling with ways to become more efficient and provide outstanding customer service, while at the same time keeping their costs as low as possible. One of the costliest processes for many companies is delivery in the last-mile – and increasingly companies are pitching robotics and automation options in this space.

Whether it’s a pizza delivery chain looking to deliver hot food via a self-driving car, mobile robot, or autonomous drone – or a large logistics provider looking to save money while delivering online packages within one day or on the same day – it’s clear that new challenges and opportunities exist in this space. With competition fierce for retailers and delivery firms, making the right choices for last-mile delivery can be critical.

Robot options can range from autonomous or semi-autonomous vehicles with human operation, to robot vehicles with compartments that can be unlocked by customers, to autonomous aerial drones that fly through the skies delivering packages, food, or medical supplies to their destination. For companies looking at different options, a key challenge is to identify the relevant regulatory issues and industry standards surrounding autonomous vehicles.

For example, does the delivery method depend on sidewalk delivery, bike lane traversal, sharing the road with other automobiles? If looking at drone delivery options, what are the regulatory issues around FAA and other government agencies that will be required? Lots of these issues are still up in the air as agencies work with those in business and educational authorities to test beyond visual line of sight (BVLOS) operations.

For the moment, we’ve seen the most innovative and successful tests of delivery robots in food delivery, in areas that support autonomous vehicles, or limited locations such as college campuses, where regular automotive traffic is often limited.

For example, Domino’s Pizza has partnered with Nuro to provide autonomous pizza delivery in Houston. Specially designed, customized, and unmanned robots named R2 are designed to optimize food delivery experiences for customers. The Domino’s project expands on existing company initiatives in the Houston area that started earlier this year.

The process lets customers who order online from a participating Domino’s store to use Nuro vehicles for autonomous delivery. Customers can track their vehicle via the Domino’s app, and are provided with a unique PIN code to unlock the compartment to get their pizza.

The company noted that vehicles offer the opportunity to bring customers the choice of an unmanned delivery experience, and stores can have an additional delivery solution during busy times. The Houston project is part of the company’s larger vehicle delivery times, which also includes e-bike options. Domino’s also recently opened an innovation center in Ann Arbor, Mich., to test new concepts in autonomous delivery.

In addition to working with Domino’s Nuro has been working with several companies on providing driverless delivery in multiple markets. The company’s fleet of self-driving vehicles can deliver local goods of all kinds, “from dinner to dry cleaning.” Since 2018, the company has been making driverless deliveries, teaming up with grocery chain Kroger in Scottsdale, Ariz., where vehicles can share the roads with other cars.

On college campuses, Starship Technologies has deployed fleets of robots to handle food and grocery deliveries. Students can quickly order food via a Starship app with participating restaurants or university dining operations. Starship has deployed robots at Purdue University, George Mason University, and the University of Wisconsin-Madison. In October, the University of Pittsburgh suspended a Starship deployment after a student using a wheelchair complained of being blocked by a mobile delivery robot while waiting to cross a street.

Other robotic companies conducting last-mile delivery pilots or deployments include , Boxbot, Marble, and Robby Technologies. Amazon has also been testing mobile robot delivery through its Amazon Scout program. And in another example in the pizza delivery space, Pizza Hut has worked with FedEx to test pizza delivery using its SameDay Bot.

The market for delivery robots is expected to grow from $11.9 million in 2018 to $34 million by 2024, with a compound annual growth rate of just under 20% over the next five years, according to a Markets and Markets report. The key driver is the reduction of cost of last-mile deliveries, from $1.60 per delivery via human drivers, down to $0.06 per delivery through autonomous robots.

In addition to the initial equipment price and installed costs, operating costs and effects on cash flow and profitability must also be taken into consideration. Consequently, some key areas to consider when assessing robotics ROI include:

Identify initial purchase costs; will the company own the robots or does the company offer a leasing, or robotics-as-a-service option?

Engineering and installation costs (again, does the company bear this cost or will the robotics company?)

Labor costs for operation of the robots post-implementation. Consider the savings that occur with fewer delivery personnel, but also include potential increases for maintenance or engineering staff (if you own the robots outright).

Energy costs to operate the robots and associated systems.

Calculate the duty cycles of robots, including factors such as cost per hour, cost per delivery, cost per shift, etc. Factor in the number of shifts or days that the robots will be in operation.

Keep in mind the variability of the cost for maintenance and operations task over the expected equipment lifecycle.

When conducting any ROI analysis, organizations need to note the difference between cash flow and profitability analyses. This can be important, since investments are typically made in cash or cash equivalents for capital assets, but ROIs often factor in the time-value-of-money, and ultimately, profitability analyses. This is why some companies prefer to include cash flow analysis as part of ROI calculations.

Several of today’s robot manufacturers and other industry partners offer advice and guidance to factors to consider when evaluating estimated payback times and return of investment expectations. Listed below are some of the firms that offer guidance and online ROI calculators. Even though these calculators are not specifically designed for last-mile delivery, the concepts remain valid. 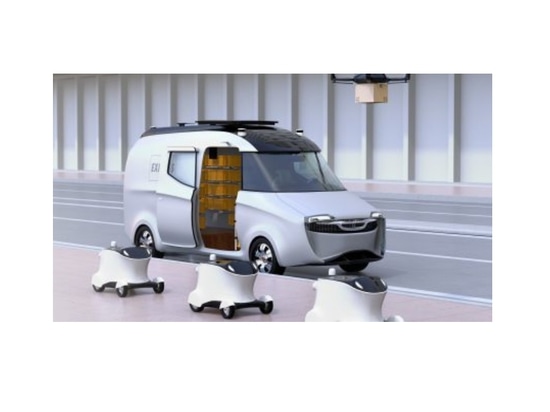 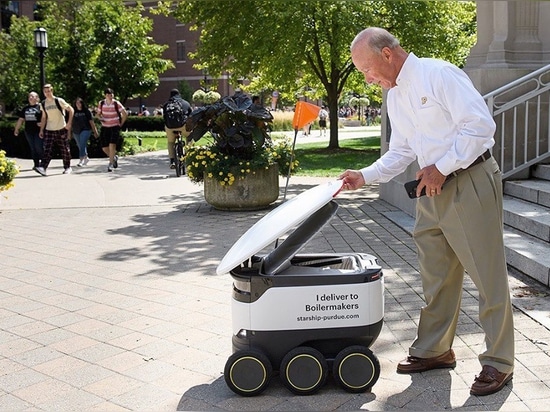 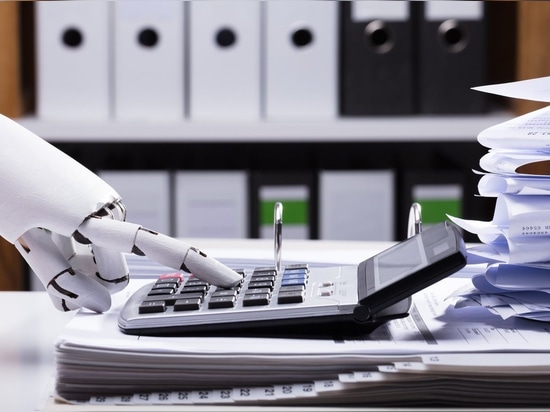