Speeding up the supply chain for first-and-last-mile deliveries will be major focus, report suggests.

By many accounts, the 2019 holiday online shopping season was record-breaking for many online retailers, as systems put in place during the year, including robotics and automation, were able to fulfill more orders than in previous years.

Amazon, considered the bellwether company in e-commerce, announced yesterday that the 2019 holiday season broke company records, with customers ordering billions of items worldwide, along with tens of millions of Amazon Devices. In its announcement, Amazon doesn’t specifically mention robots, but rather focuses on its human employees, saying that the company added more than 250,000 full and part-time seasonal roles across its fulfillment network, and 150 delivery stations in the U.S. that employed more than 90,000 Amazon Logistics associates.

Mastercard announced that online sales grew 18.8% compared to 2018, with overall retail sales increasing 3.4% (excluding automotive sales). Holiday e-commerce sales now make up 14.6% of total retail, the company said. On specific days, e-commerce represented more share of the total retail spend – on Black Friday, 15.4% of all sales were online, and on Cyber Monday that grew to 24.5%.

“E-commerce sales hit a record high this year with more people doing their holiday shopping online,” said Steve Sadove, senior advisor for Mastercard. “Due to a later than usual Thanksgiving holiday, we saw retailers offering omnichannel sales earlier in the season, meeting consumers’ demand for the best deals across all channels and devices.”

While most sales were up across sectors, the report said department stores saw overall sales decline 1.8%, while online sales grew 6.9%, indicating the importance for omnichannel offerings, Mastercard said. Many robot companies we’ve spoken with have also emphasized the need for robotics support in omnichannel fulfillment, not just for e-commerce orders but to support replenishment efforts for physical stores.

With 2019 almost in the rear-view mirror, many companies are now focusing on 2020 efforts. ABI Research, for example, said it expects e-commerce revenue in 2020 to reach $3.52 trillion, “an explosion that will force retailers to find faster and more convenient modes to reach the final mile and yard.”

As part of the company’s “54 Technology Trends to Watch in 2020,” ABI suggests that retailers will trade their profits in order to continue investments in e-commerce, specifically with optimized transportation and logistics methods. “This growth depends on ever faster and more convenient modes to reach the final mile and yard in suburban and urban markets, as well as share in rural areas,” said Susan Beardslee, the Freight Transportation and Logistics Principal Analyst at ABI Research. New modes includes the increase of one-day delivery and seven-days-a-week delivery in 2020 in order to reduce “click-to-door” time, and combat the Amazon effect. “There is increasing convergence of online and in-store businesses, with brick and mortar positioned as hubs closer to the customer, as well as e-commerce sites directing package delivery to retail outlets.” In addition, investments will grow in Buy Online Pay in Store (BOPIS) options, ABI Research said.

In order to achieve much of the last-mile delivery, many are turning towards self-driving vehicles and other “robot delivery methods,” but ABI Research said that self-driving trucks for these deliveries are still years away. “Despite the successful primarily manned testing and early revenue operations, there are no known regulatory approvals or fully autonomous methods to address the first and last mile for heavy-duty big rigs through challenging urban and suburban locations,” said Beardslee. “Very little, if any, driver-free commercial usage is underway beyond closed-course operations in the United States.”

The research firm cited Alphabet’s Waymo, which has been testing since 2016, still uses manually operated vehicles with trained drivers; Daimler Trucks’ (DTNA) 2020 Cascadia with Detroit Connect 5.0 will offer Level 2 partial automation features – initially with automated braking, steering and forward lateral control; and Walmart’s testing of self-driving Ford Transit vans that are planned for middle-mile deliveries, with vans operated by drivers in the pilot.

“The journey from SAE Level 2, early commercial OEM deployment this year, to ubiquitous highly automated Level 4 and fully automated Level 5 is still years away, which does not grab attention or Internet clicks,” the research firm said. Instead, opportunities will exist for closed courses, such as airports, ports, mines, oil & gas operations, universities and corporate campuses, with vehicles equipped with significant AI.

As companies look to focus on the last-mile delivery networks, we’d expect to see some new technologies that involve robotics and automation. For example, Amazon this week published a patent that describes a system where autonomous ground vehicles can transport packages to a customer’s neighborhood, and then coordinate doorstep delivery with a drone (Read the GeekWire story here). What’s interesting about this patent is the combination of robot technologies – an autonomous ground vehicle working in coordination with an aerial drone – which continues to indicate that the final delivery option for many companies will be a convergence of technologies, and not one particular system. 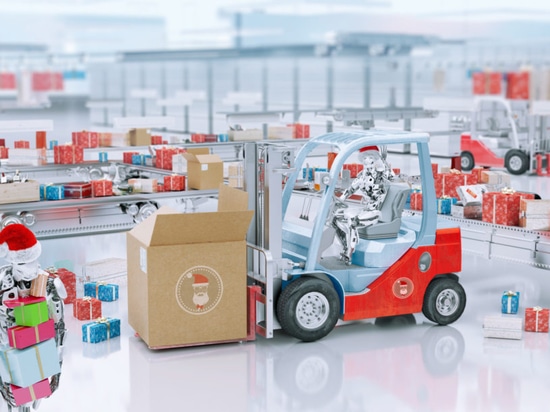 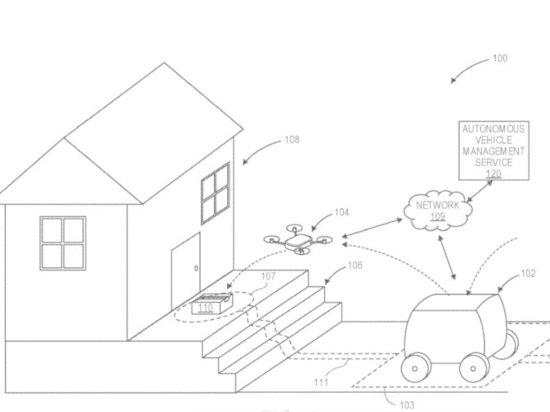