3D Printing Will Shift To Production In The 2020s

Just a few years ago, most people believed 3D printing was suited best for prototyping, tooling, and oddball parts. In the coming decade we may see additive manufacturing prove its mettle in mass production.

The coming decade will likely change the economics of 3D printing and additive manufacturing (AM). Ric Fulop, CEO and co-founder of Desktop Metal offers a number of predictions for the future of 3D printing and additive manufacturing in the 2020s. For one, he believes 3D printing is sufficiently mature for production. Over the next 10 years, mass production using AM may become a reality and not just a promise. The general belief has been that AM was too expensive to compete with traditional manufacturing methods. Fulop believes those days are over.

What’s changed? Fulop points to the cost of 3D printing technology coming down in price, 3D materials becoming less expensive and more varied, and improvements in 3D printing equipment. We caught up with Fulop and asked him about his predictions for 3D printing and additive manufacturing over the coming decade.

Design News: Explain your prediction that the next frontier for additive will be in functional end-use applications and mass production.

Ric Fulop: There is a long arc in the evolution of the additive manufacturing industry and I’m excited that we are able to do things now that people haven’t been able to do before. The 3D printing industry has been around for more than 20 years and it’s come into the prototyping and jigs and fixtures space with strong penetration. But, we haven’t even scratched the surface.

I’m particularly excited about the next frontier of additive manufacturing. Over the next year and into the coming decade, I’m expecting to see growth from this sub-segment of jigs and fixtures and early use cases to mass production, spare parts and functional end-use applications for components that were traditionally made with other manufacturing techniques. The industry is now mature enough that we can design machines that actually leverage these technologies into the products that people use every day.

AM Competing With Traditional Mass Production

DN: How will advances in 3D printing help AM compete with traditional manufacturing?

Fulop: Manufacturing is value at scale. You’ve seen the first wave of 3D printing technology adoption primarily in the design validation, prototyping, jigs and fixtures, making the factory more productive and some tooling applications. And if you look at the total manufacturing spend today, less than 5% is in prototyping, product development, or in tooling, and so that’s where AM has played to-date.

In this next decade for 3D printing, we are entering an exponential curve because the technology is more affordable, there are more use cases and more supply of raw materials, and that opens up the application space. This enables this new market, which is going from that early component now to end-use parts and spare parts. Now, 95-99% of the 3D printing spend will go into making the parts you want to make.

DN: Is AM changing the nature of product design?

Fulop: Absolutely. One of the things that’s unique about additive manufacturing is that it frees you from the tyranny of tooling. Tooling has been great because it lowers your per piece part cost, but it gives you a big upfront cost and limits what your product can do in terms of freedom of design. The great thing about AM is that we are now starting to do design that is physics- or math-driven.

Now you can actually achieve the shape that you wanted, lightweight it to get the performance you need, and, with the latest design tools like generative design, you can really do incredible things. When people look back on the 4th Industrial Revolution 50 years from now, they are going to be talking less about the Internet of Things (IoT) and more about how we removed 30-50% of material that we had in automobiles and how everything has become more efficient. 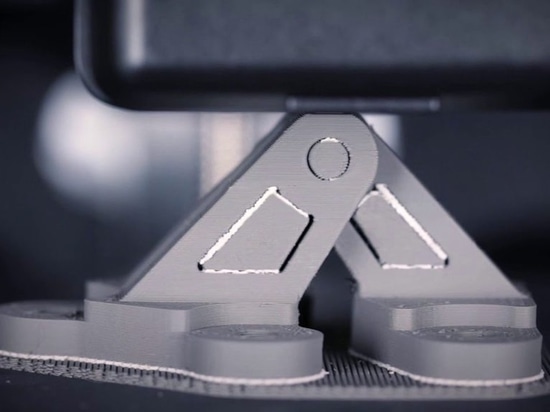