Milk protein fractionation using synthetic membranes is seen as an attractive option for the dairy industry for both environmental and economic reasons. It has long been believed that the separation of milk into well-defined fractions will lead to more optimal use of milk components (such as milk fat, casein and serum proteins) and their functional properties. But one problem that has traditionally held back the milk fractionation process has been fouling.

Arla now claims to have developed a patented method of milk fractionation, after setting itself the challenge of delivering the scientific breakthrough to enable scientists, nutritionists and health professionals to create next generation dairy products.

This is now made possible, said Arla, through the selection of specific pure milk proteins, for example,

The new method opens the door to new opportunities in areas such as infant formula, sports nutrition and medical nutrition, it claimed, adding it wants to cater to other vulnerable groups such as the elderly and people with medical nutrition needs as well.

The separation of milk’s different proteins from whey, previously relied on cheese-making as whey is a byproduct of this process. Now, by bypassing the cheese-making process, Arla’s new patented milk

streams in a unique and fully controlled process with significantly reduced processing steps and a much more gentle processing of the milk.

Arla Foods Ingredients CEO Henrik Andersen said: “The method has been several years in development and I’m delighted to see what was once a vision become a commercial reality with the power to completely revolutionize targeted nutrition for vulnerable groups. As science-based innovators, we are driven to invent and reinvent our processes to ensure we have the best possible products available and continue to lead the way in whey.”

The milk fractionation process is being pioneered for infant formula at AFI’s dairy in Videbaek, Denmark to fulfil a growing demand for organic infant formula, a market estimated to increase by 14.1% in the next two years according to Marketreportsworld.com.

“Traditional cheese making demands significant quantities of organic milk to produce the volumes of whey we require to meet demand and now we’re not reliant on this we can significantly increase production and, at the same time, offer parents and guardians greater clarity of the provenance of the organic infant milk formula because just a few Arla farms supply the milk to our factory in Videbaek,” explained Andersen. 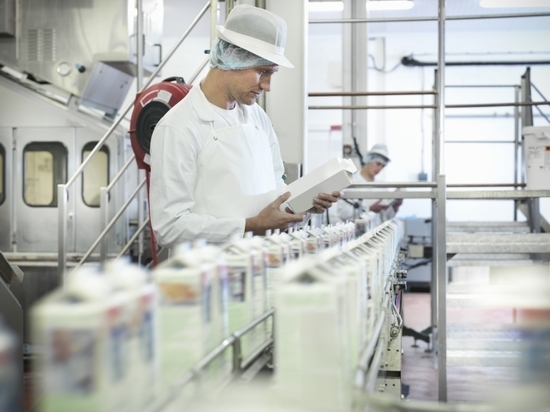