Operational robot stock in food and beverage manufacturing has almost doubled since 2014, according to the latest data from the International Federation of Robotics (IFR). Now, over 90,000 robots are in use in the global food and beverage manufacturing industry, picking and packing confectionery or placing different toppings on fresh pizzas or salads. Some 37% of these are in the

While robots are getting more common in food manufacturing, their presence is limited to a minority of businesses with, for example, only one in ten food producers in the EU currently making use of robots. There’s therefore room for growth. The IFR expects new robot installations across all industries to rise 6% per year in the coming three years. It says improvements in technology will create additional opportunities for companies to implement industrial robots, and that prices of robot devices have been declining.

Better technology, the need to stay competitive and worker safety are driving the shift, with COVID-19 accelerating the process. The benefits for companies are threefold, said Thijs Geijer, a senior economist covering the food and agriculture sector at ING. First, robots serve to strengthen a company’s competitiveness by lowering production costs per unit. They can also improve product quality. For example, there’s less human interference and thus less risk of contamination. Third, they can reduce the amount of repetitive and or physically demanding work. “Typically, jobs that companies are having difficulties with attracting and retaining staff,” he said.

Robots do much more than just stack boxes

It is likely that a bigger robot force will provide a wider range of tasks, added ING.

Robots typically first appeared at the beginning and at the end of a production line, fulfilling fairly simple tasks like (de)palletising packaging material or finished products. Developments in software, artificial intelligence and sensor- and vision-technology now enables robots to perform tasks that are more complex.

The rise of robotics in the food industry is not limited to the industrial robots in food manufacturing. According to IFR data, more than 7,000 agricultural robots were sold in 2020, an increase of 3% compared to 2019. Within agriculture, milking robots are the biggest category but only a fraction of all cows in the world is milked this way. Furthermore, there is rising activity around robots that can harvest fruit or vegetables which would ease the difficulties in attracting seasonal labour. Downstream in the food supply chain, robots are increasingly used in distribution centres such as automated guided vehicles that stack boxes or pallets, and robots that collect groceries for home delivery. Robots are also making an appearance in (fast-food) restaurants to fulfil tasks like taking orders or cooking simple dishes.

Costs will still be a challenge

Implementation costs will remain a challenge however, the bank predicts. It therefore expects to see much more cherry-picking of projects among manufacturers. Costs can be a major barrier for food companies wanting to invest in robotics, as total costs involve both the device, software and customization, explained Geijer.

“Prices can vary widely, but a specialized robot could easily cost €150,000,” he said. “This is one of the reasons why robot producers are also looking into robot as a service, or pay-as-you-use models to make them more accessible. Still, you will always have less industries of scale in food manufacturing compared to automotive for example. In food you have many companies who buy a couple of robots, in automotive it is a couple of companies who buy many robots.”

Food producers are seeing more possibilities to use robots along their food production lines, added ING. But compared to hiring additional staff, robot projects require large upfront investments to improve margins over time. It expects to see food manufacturers cherry-picking investments that either have a quick payback period or that help to solve the biggest bottlenecks in their production processes. “The latter often requires a longer lead time and more intensive collaboration with equipment suppliers,” it explained. “Because of the larger claim on capital, a higher level of automation requires production plants to operate at continuously high capacity to have a healthy return on fixed cost.” 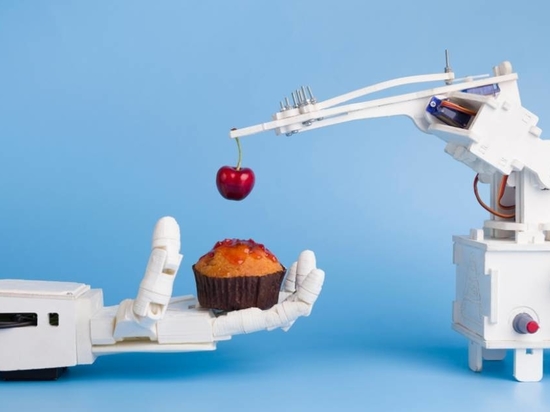