Manipulation and manufacturing of antimatter has been somewhat of a pipe dream and only possible in science fiction for some time now. You may have heard about antimatter before in the form of matter-antimatter spaceship drives in a few shows! However, real-life scientists and physicians are very interested in creating and capturing anti-matter, not to drive their spaceships but to record and observe its physical properties.

Researchers have recently announced that they have leveraged a Canadian-based laser system to cool an antimatter (the opposite of matter) down to nearly absolute zero. This is the world’s first laser-based manipulation of antimatter and is a huge step forward for this technology. This will significantly improve the next generation of experiments and will alter the antimatter landscape as a whole for the better.

As mentioned previously, antimatter is the “otherworldly” opposite to matter, possessing nearly exactly the same behaviors and characteristics, but with an opposite charge to matter. Antimatter atoms are handled with extreme care as they annihilate upon contact with matter, making them extremely difficult to create. Controlling this process in our atmosphere and manipulating it with a laser is a major development.

As scientists currently understand the laws of physics, every fundamental particle possesses an antimatter twin. The quark, muon and electron have a corresponding antiquark, antimuon and positron. All antimatter particles weigh exactly the same as their matter counterparts but carry the exact opposite of their charge. If the atoms/particles were ever to meet, they annihilate each other and produce light.

The first antimatter particle was discovered in 1932, but since then not much has happened with the substance and the subject became less exciting. Some everyday examples of antimatter can be found in lightning in thunderstorms, where electrons meet positrons, resulting in annihilation of both. Bananas (which contain very small amounts of radioactive potassium) also emit positrons every 75 minutes, however when they come into contact with electrons, there has been no noticeable effect.

Up until now, experts have understood very little about antimatter, and as it is very hard to trap an antimatter atom long enough to test and measure it, there has not been much progress in this area. In this particular test, and most tests around antimatter, the antihydrogen atom was used. As the name suggests, it is the antimatter twin of hydrogen. Antihydrogen is created through a complicated process that involves particle colliders and many other machines, mixing thousands of protons with millions of positrons, just to create a few antihydrogen atoms.

Why do we want to test antimatter?

You might be thinking, why do scientists want to mess around with antimatter, seeing as it is so difficult to create? Well, there are numerous reasons why antimatter could provide very valuable insights into how our world and universe works. Tests that can be conducted now that the antimatter can be cooled using lasers will further advance understanding of antimatter’s characteristics, and could reveal more information about certain symmetries in the universe. This could, in turn, reveal why the universe is composed mostly of matter and not what was predicted by Big Bang models: a universe consisting of half matter, half antimatter.

This development can also help us to understand more of the physics of antimatter, for instance, does antimatter respond to gravity? Can antimatter help scientists understand symmetries in physics, along with the universe? Answers to these questions may change the way we think about the universe entirely.

Introduced over 40 years ago, laser cooling and manipulation of regular atoms have totally changed modern atomic physics and resulted in multiple Nobel Prize-winning experiments. The results from these tests are the world’s first application of this technology to antimatter. It was an idea that was thought of as a dream at the start, but now following the hard work of Canadian and other international scientists it is a reality.

[Discover more about lasers on GlobalSpec.com]

Laser manipulation of antimatter also opens many new doors to a plethora of cutting-edge physics inventions and innovations. A new project called HAICU has been launched to create new quantum techniques for antimatter studies. This is an ambitious new project led by the team that achieved the laser cooled antimatter, and one of their lofty goals is to create an “antimatter fountain.” This would consist of tossing laser cooled antimatter into free space, and from this a whole new series of quantum measurements that were never before possible could be taken.

Furthermore, scientists are now even closer to being able to create the very first antimatter molecules by fusing anti-atoms together utilizing the new laser manipulation technology. Such a statement is very exciting for the antimatter industry, and this huge development marks an important moment after tens of years of research, which began with creating and trapping antihydrogen back in 2011.

For a subject that had plateaued for a number of years, these are exciting new developments in this field, and testing the effect of gravity on antimatter is a highly anticipated event. A bunch of antihydrogen will be trapped and released to observe what happens. If antimatter is truly the opposite of matter, will it go upward? We will find out soon! Either way, it will be a surprise to see how it reacts.

Do you think that antimatter technology will give us further insight into how the universe works? Will this technology be dangerous, and could this powerful substance be used for power generation? 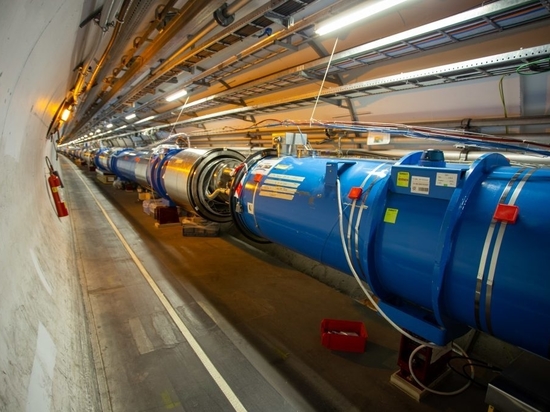 The 17 mile-long CERN particle collider is where antimatter is created.