A new 3D printing method makes glass parts all at once rather than layer by layer.

Glass is increasingly being used in fiber optics, consumer electronics and microfluidics for “lab-on-a-chip” devices. Unfortunately, traditional glassmaking can be costly and slow, and 3D-printed small glass objects have rough surfaces, making them unsuitable for lenses.

To solve those problems, a research team from Lawrence Livermore National Laboratory (LLNL) and the University of California, Berkeley have devised a new method of 3D printing known as volumetric additive manufacturing (VAM). The team used VAM to print microscopic, delicate, layer-less silica-glass objects in silica glass parts in only seconds or minutes.

VAM is based on computed axial lithography (CAL), a technology based on computed tomography, a medical imaging tool. CAL computes projections from many angles on a model of the part being made. It then uses the best set of projections to guide LED light into a rotating a vat of photosensitive resin. Over time, the light beams establish a 3D light distribution in the resin, hardening it while the vat spins. The fully formed object materializes in mere seconds, far quicker than traditional layer-by-layer 3D printing. The vat is emptied to get the part.

The team’s new microscale VAM technique uses a laser instead of an LED, and a nanocomposite glass resin developed in Germany by Glassomer and the University of Freiburg. The team took advantage of laser’s higher light output and the new resin to quickly make sturdy, complex microstructure glass objects with a surface roughness of just 6 nm and features as small as 50 µm.

“Glass objects tend to break more easily when they contain more flaws or cracks or have a rough surface,” says Berkeley Professor Hayden Taylor. “VAM’s ability to make objects with smoother surfaces than other 3D printing processes is therefore a major potential advantage.”

The team compared the breaking strength of glass built with VAM against objects of the same size made by more conventional layer-based 3D printing. It turns out that the breaking loads of VAM-printed structures are more tightly clustered together, meaning researchers could have more confidence in in the breaking load of VAM-printed components over those made using conventional techniques. VAM also produces extremely smooth surfaces without layering artifacts, resulting in faster printing without additional post-processing.

“You can imagine trying to create these small micro-optics and complex microarchitectures using standard fabrication techniques; it’s really not possible,” Cook said. “And being able to print parts ready-to-use without having to polishing them saves a significant amount of time and money.”

Real-world applications could include micro-optics in high-quality cameras, consumer electronics, biomedical imaging, chemical sensors, virtual-reality headsets, advanced microscopes and microfluidics with challenging 3D geometries such as “labs-on-a-chip.” Plus, the benign properties of glass lend themselves well to biomedical applications as well as those that must withstand high temperatures or chemical exposure. 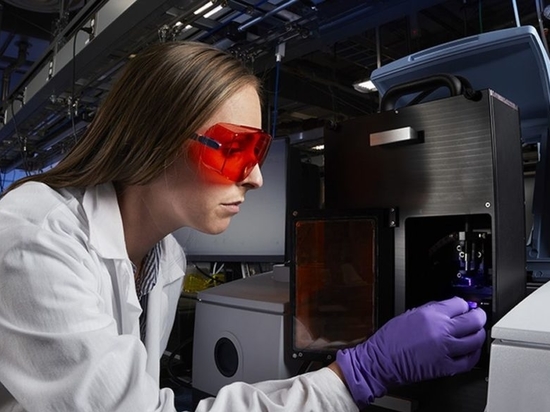 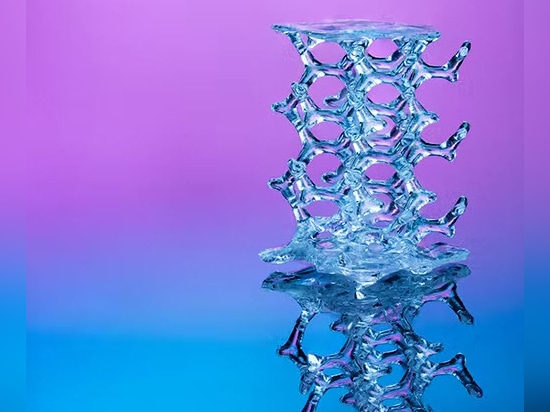