When To Use A Collet Chuck

Don't assume the standard chuck is the right workholding for every lathe application.

The three-jaw powered chuck is the standard workholding device for most CNC lathe users. This type of chuck is versatile enough to be used in a wide range of turning applications. However, it's not the best chuck for all jobs. The collet chuck is an alternate workholding device that, like the jaw chuck, also uses mechanical force to hold the part being turned. While a collet chuck lacks the capacity for the same wide range of workpiece sizes that a jaw chuck can accommodate, it offers advantages related to speed, accuracy and productivity that may be crucial for certain jobs.

Several factors figure into the determination of which type of chuck would work better. When evaluating a collet chuck versus a jaw chuck for a given lathe application, take all of the following factors into account.

The lathe spindle has a maximum allowable weight based on bearing load capacity. If the combination of the chuck and the work accounts for too much weight, the bearings may be overloaded. In applications where there is a danger of exceeding this limit, this very danger may dictate the choice of workholding. Jaw chucks tend to be more massive than comparable collet chucks, making the collet chuck an appropriate choice where weight control is needed

A collet chuck tends to be the better choice for turning at particularly high levels of spindle rpm. There are two reasons for this.

One reason relates to the mass of the chuck. Given the same spindle horsepower driving a jaw chuck and a collet chuck, the more massive jaw chuck would take longer to accelerate up to speed. The acceleration time would extend cycle time and reduce productivity.

Operation To Be Performed

A collet chuck applies clamping force all around the circumference of the part instead of just at select contact areas. The result is tight concentricity. This can be particularly significant for second-operation work where accuracy relative to the first operation is a concern. Even when a jaw chuck is used for the first operation, a collet chuck may be used for the second operation because of its precision clamping. A jaw chuck with bored soft jaws repeats within 0.0006 to 0.0012 inch TIR. A collet chuck typically provides repeatability of 0.0005 inch TIR or better. The collet chuck can also be adjusted for concentricity during installation to further improve secondary operation accuracy.

Collet chucks are best suited to workpieces smaller than 3 inches in diameter.

A collet chuck may also impose a limitation on the workpiece length. Specifically, a collet chuck limits the machine's range of axial (Z-axis) travel, because its length is longer than that of a jaw chuck. When the machining length of a workpiece is so long that just about all of the available travel of the machine is needed to cut it, then this requirement will probably dictate the use of a jaw chuck.

Very large and very small lot sizes both help make the case for a collet chuck.

Where there are small lot sizes and lots of them, the collet chuck's advantage relates to changeover time. Swapping jaws takes around 15 to 20 minutes for a standard jaw chuck or 1 minute on a jaw chuck specially designed for quick change, but the collet in a quick-change collet chuck can be changed in 15 to 20 seconds. The time savings add up where changeovers are frequent.

Similar time savings related to clamping add up where lot sizes are large. A collet chuck takes less time to open and close than a jaw chuck, shaving cycle time by reducing the non-cutting time from one piece to the next.

Part of the reason a collet chuck opens and closes more quickly is that its actuation stroke is shorter. Compared to a jaw chuck, a collet chuck is more limited in the range of workpiece sizes it can accommodate.

Collet chucks essentially trade flexibility for speed. If part size is consistent, a collet chuck is faster. But where workpieces vary significantly in size, it may take a jaw chuck to accommodate the complete range of work.

For hot rolled steel, castings, forgings and extrusions, standard jaw chucks tend to work better because of the diameter variations inherent in all of these types of parts. On the other hand, cold rolled material tends to be more consistent in size and therefore better suited to collet chucks.

However, the absence of any diameter measurement is not necessarily an obstacle to using a collet chuck. Collets designed for non-round cross sections can be provided for extruded bars that are made to custom shapes.

Turning machines with subspindles are often used in the kinds of high-volume applications where collet chucks can realize significant savings. With their ability to machine all of a part's faces in one cycle, these machines are often coupled to bar feeders for unattended production of a continuous succession of workpieces. In these applications, the savings in chuck actuation time, which may be small for one piece, may add up to considerable time savings when multiplied across the production run as a whole.

When choosing the most appropriate workholding between jaw chuck and collet chuck, a third option is also important to consider. It may be cost-effective to keep both chuck types on hand and change from one to the other as circumstances warrant. Changing from a jaw chuck to a collet chuck, or vice versa, should take no more than 20 minutes. The jaw chuck can remain on the machine to handle an unpredictable range of parts. But when the machine is to run a large batch, or several batches of parts that are consistent in size, then the productivity gain from a collet chuck may more than make up for the time spent on changing chucks.

Proper maintenance of workholding systems is important. In fact, it may be more important than machine tool maintenance. Most modern CNC machine tools have extensive logic programs designed to watch and protect the machine tool from machine-related problems. But similar automatic safeguards for machine accessories generally don't exist. What's more, a failure of the workholding system—whether due to operator error or damage from some past crash—can be catastrophic to the machine and work, and dangerous to the operator. Standard practice should include a brief check of the workholding, making sure everything is tight and nothing has moved, every time a new component is loaded into the workholding device. 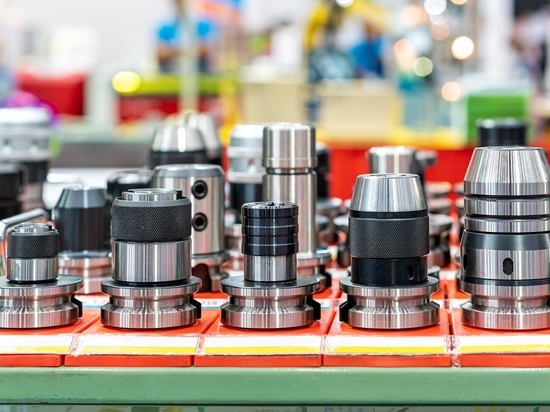 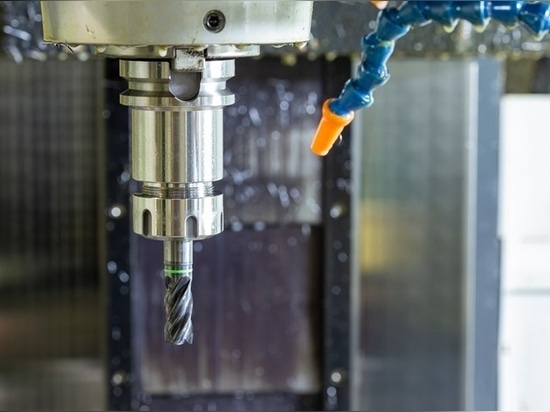