Calling it the Hidden Beast, Bosch Rexroth has repackaged its line of Hägglunds industrial hydraulic motors, giving them a more powerful, yet compact design

The new Hägglunds CA 10 to 40 motors are smaller and lighter, but offer the same output. This gives them unmatched power density, with the unique ability to deliver full torque and full speed simultaneously. Torque ratings for the four available models range from 1,945 to 9,720 Nm with speeds ranging from 250 to 350 rpm. All four models are rated for 250 bar.

The new motors will extend the Hägglunds compact series downward to specific torque ratings of 10 Nm/bar, ideal for lighter applications.

This is the first major news coming from this division since 2012, when Bosch Rexroth launched its Hägglunds CBM motors, which offered 50% more torque than its predecessor. Bosch Rexroth acquired Hägglunds in 2011.

Initially, the focus for the Hägglunds CA 10 to 40 series will be injection molding machines in the plastics industry. These machines represent a large portion of the demand at 50 Nm/bar and below. Future applications for the new line will be in marine and offshore, mobile machinery and recycling.

To achieve the unmatched power density of the CA 10 to 40 motors, Bosch Rexroth has reduced the motor diameter while refining the internal construction. These changes have no effect on reliability or output, which is why the motors deliver more kilowatts per kilo than any other. Full speed and full torque are available simultaneously, and both can be sustained for an indefinite time.

“In designing the series, we’ve used principles similar to those in our proven Hägglunds CBM motors,” says Bengt Liljedahl, Technical Product Manager. “The new CA 10 to 40 motors provide the same power as before but with far less weight—up to three times less than a competitor solution.”

For customers, the power density means energy and production efficiency. Compared to competitor solutions, CA 10 to 40 motors provide 10 to 15% more torque for the amount of energy put in. “Because they weigh so much less, they use less energy in the high-speed range,” says Liljedahl.

Further efficiency comes from the flexibility in the series, which includes four basic models and a wide variety of displacements. Fourteen configurations in small torque steps allow tight dimensioning, as well as full optimization in relation to the hydraulic pumps. The configurations are achieved using just two mechanical interfaces, which means easy adaptation is also possible.

The full range of hydraulic advantages

Combined with the unbeatable power and flexibility of the CA 10 to 40 series are the unique benefits specific to hydraulic radial piston motors. These include a built-in ability to withstand shock loads, as well as perfect internal symmetry. The latter ensures consistent torque throughout the revolution, as well as a perfect balance of forces that minimizes noise and vibration. 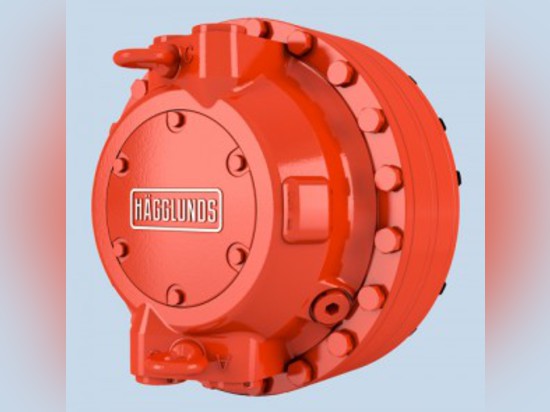 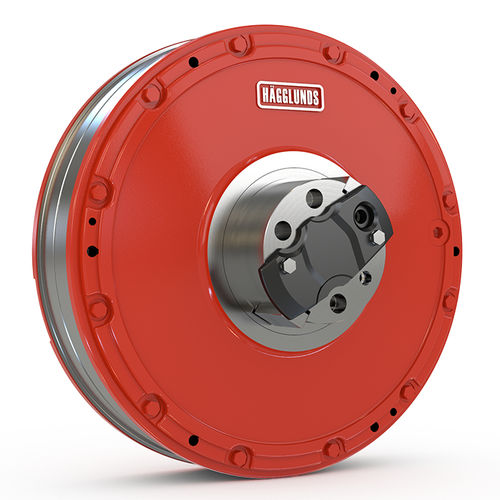