Back Pressure Regulator has blockage-resistant design.

Fletcher, NC—Equilibar has launched a new BR series of back pressure regulators featuring a blockage resistant design geared toward supercritical CO2 extraction as well as other processes in which clogging, blocking or freezing are potential problems.

The BR regulator features technology that relies on internal passages to eliminate convergence points for the build-up of ice and high viscosity oils. This novel design allows the BR to precisely regulate back pressure during processes involving gas expansion.

Until now, the solution to these problems was to wrap the regulating valve body in a heat source such as a heated oil bath or electrical heat tape. Unfortunately, the heat used in this cumbersome solution could damage sensitive oils entrained in the media. Moreover, in production scale systems with high flow rates, it was often difficult to add enough heat to the precise point where the gas expansion occurred in the valve.

Equilibar’s new BR back pressure regulator does not require heating to maintain pressure control. It uses a patent pending all-mechanical design that eliminates the ability of oil and ice to cling to the internal passages of the regulator. The blockage resistant regulator allows the ice to shed easily and then pass into the larger downstream system piping where it can be warmed. 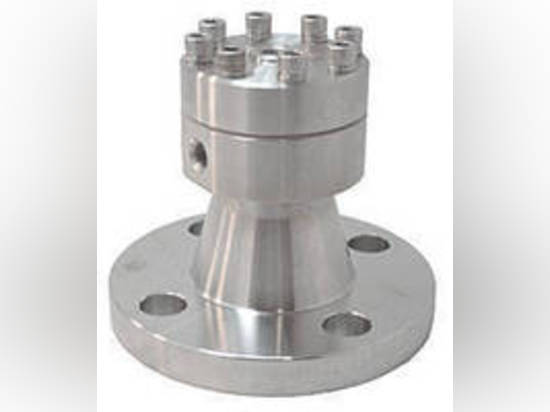 Available in pressure ranges up to 5,000 psi (standard trim) and 10,000 psi (high-pressure trim), BR series does not require heating to maintain pressure control. All-mechanical design eliminates ability of oil and ice to cling to internal passages of regulator, and control valve is pilot operated. Pilot pressure can be controlled using manually operated knob adjusted pressure regulator or electronic pressure regulator. Design scales and is available with port sizes from ¼–¾ in.