The planarity of surfaces of mechanical components must be checked. There are tolerances of less than 15 microns for the planarity specified. So far, the flatness has been measured with tactile CMM system. This is a time-consuming process that can only be performed on a random basis.

The measurement data of the parts were previously recorded using a tactile measurement method (CMM system). To upgrade the system to a 100% inline test system, a QuellTech high-resolution, high-scan-speed Laser Scanner was intended to be used. In order to use this laser-assisted test process in a production with a 100% in-line test, several challenges had to be mastered: the ambitious cycle time had to be maintained, the flatness values should be comparable to the tactile recorded values. It had to be taken into account that a tactile stylus tip has significantly larger dimensions than a laser line. As a result, the values measured with lasers assume significantly higher values than the tactile measured values. Furthermore, areas of the edges of the surface had to be specially treated, since there were unwanted reflections, which falsified the measurement result.

The advantage of the QuellTech Laser Scanner is its high resolution and the possibility to record point clouds at high scanning rates. In addition, it is able to output a nearly reflection-free 3D point cloud. Over 12 million points were recorded within a few seconds in this application. The precision of the measurement was a few thousandths of a millimeter. The software can be parameterized to such an extent that the planarity value measured with the laser scanner corresponds approximately to the tactilely measured value. The edge areas of the test area were subjected to a separate test.

Benefits for the Client:

The high-resolution QuellTech Laser Scanner Q6-C15-45 has proved to be an important tool for the customer in switching from offline testing to 100% inline testing of flatness. Thus, the quality of the final product could be improved and costly rework on the machine could be minimized. 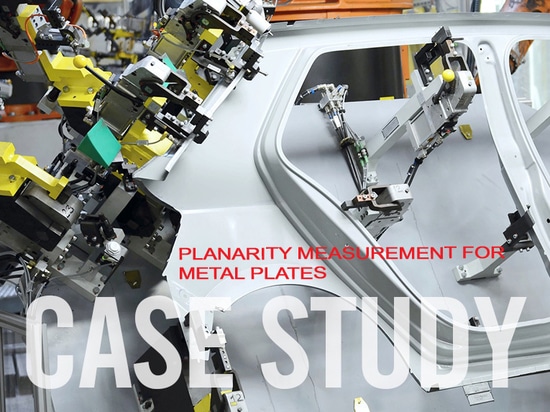 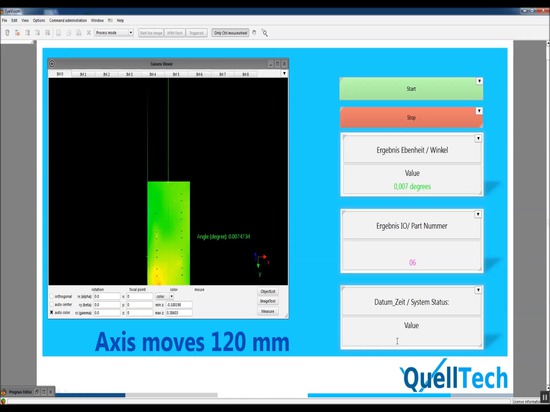 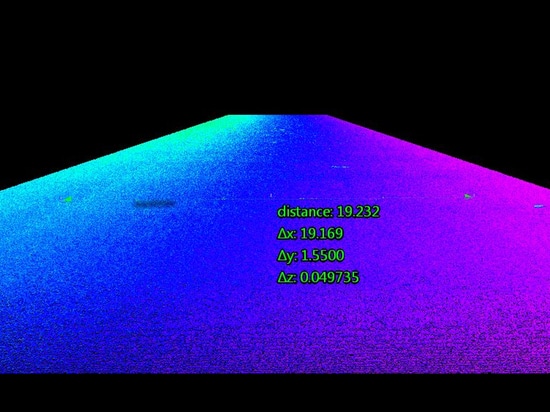 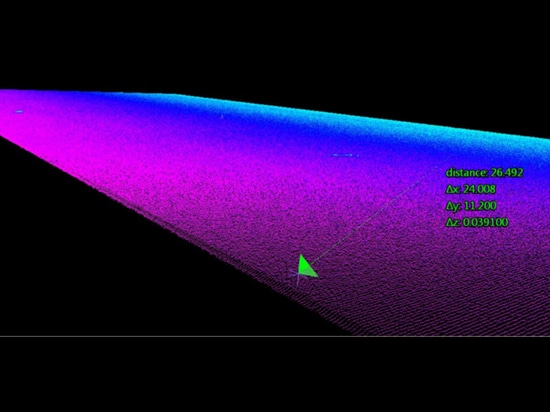 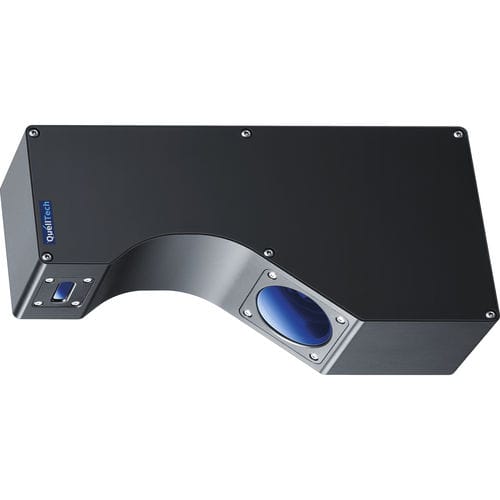 Initial Situation The client is producing metal parts which need to be evaluated for their thickness. Today, a manual tactile measurement process is carried out, and the measurement takes place from one side only. Particular Challenges Manual, one-sided measurement on deviating positions of the parts is not very accurate. Furthermore the overall thickness of the pa... 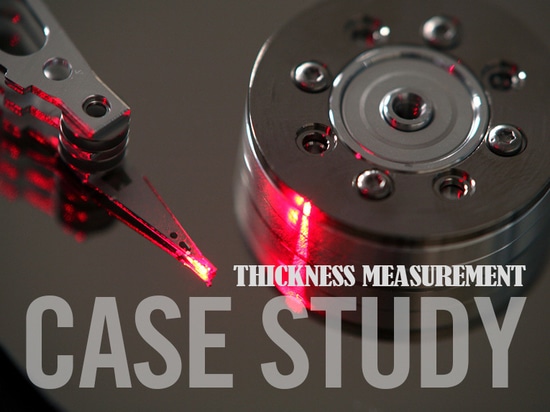 Initial Situation The client is producing different critical items for the automotive industry with strict weld seam requirements. Errors such as cracks, spatters, undercuts on the surface cannot always be detected precisely with human eyes. Taking into consideration the quality requirements of his clientele and in order to stay competitive also in the future, our cust... 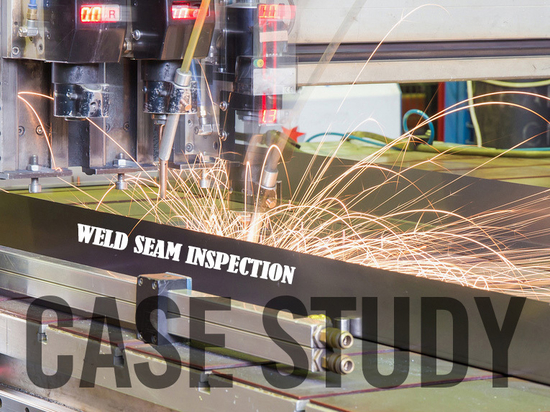 The requirements for in-line quality checks are growing steadily, and what works in theory can look very different in practice. The increasing complexity of applications makes a proof of concept in practice, therefore required. Today we would like to introduce you to three new applications with QuellTech Laser Sensors from industry practice for the areas: Weld Seam Track... 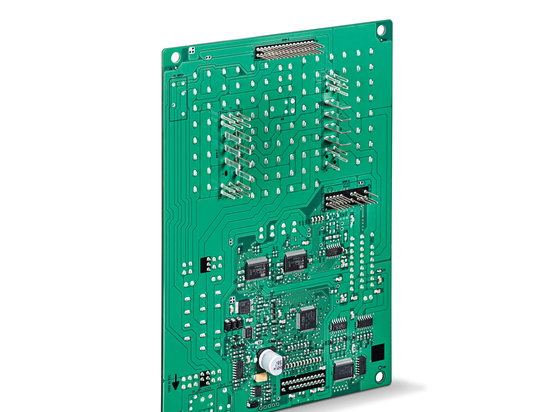 Initial Situation In assembly lines worldwide, welding robots are more and more involved. The demand for optimum productivity at a consistent quality level is continuously growing, which makes robot welding mandatory in many applications. For corresponding procedures, a path is programmed into the robot, which then is used for all parts to be welded. Due to the toleranc...

Weld Seam Tracking for Robot Welding Weld Seam Tracking for Robot Welding
*Prices are pre-tax. They exclude delivery charges and customs duties and do not include additional charges for installation or activation options. Prices are indicative only and may vary by country, with changes to the cost of raw materials and exchange rates.
Compare
Don’t compare this product
Compare up to 10 products