At the city’s municipal sewage treatment plant, they were considering renewing the pump for a sodium hypochlorite injection.

・We want to increase the capacity of the sewage treatment plant during times of heavy rain.

A city in the western part of Japan has a lot of precipitation during the summer, and it is not uncommon for more than 100mm of rain to fall daily. There are many confluent sewerage areas in the city, and during heavy rain when a large amount of sewage flows into the treatment site, there are cases when they are forced to discharge unprocessed sewage into the river because it is more than the plant can handle.

Converting to a split-flow treatment type is difficult due the budgetary restrictions, so as a countermeasure for the time being, a plan to increase the processing capacity with the confluence method was devised.

・Difficulty controlling the chemical injection for the operators.

Mr. N, the chief engineer at the municipal treatment plant, was having trouble during the design process of the disinfection equipment. At this treatment plant, the actual flow rate of water passing through the precipitation/filtration treatment is measured and the necessary amount of sodium hypochlorite is injected in real time. In order to cope with the difference in flow rates be heavy rainfall and normal times, dual control of the pump’s stroke length and stroke speed was being performed with one diaphragm pump in order to achieve a control range up 1:40. However, there was a problem with this method.

Mr. N recalled that time, “When you shorten the stroke length in order to decrease the injection volume, gas locking will occur more often and cause poor injection. Especially in the summer when the sodium hypochlorite produces more gas as the temperature rises, we were frequently having to run back and forth to release air. It was difficult for us to justify buying a spare pump only for times of heavy rain from a budgetary standpoint, but it was a series problem and we were beginning to feel like we didn’t have another choice.”

Mr. N continued to gather information about whether it would be possible for a pump to handle larger capacities on top of being able to ensure proper injections at lower, normal levels.

・Want to achieve reliable injections both at normal times and wide range control for times of heavy rainfall.

・Due to a limited budget, they would like to cover everything with a single pump.

・A pump type with a wide control range and a strong resistance to gas locking.

The beginning to the end of Mr. N’s problems started at an annual water treatment exhibition. Mr. N, who was visiting the exhibition, stopped by to take a look at the booth of the pump manufacturer, Tacmina. At the exhibition Tacmina was displaying a new type diaphragm pump claiming to “solve gas locking problems.”

“At first, I was simply interested in the pump as an engineer and wondered what kind of mechanism it was using because I thought that diaphragm type pumps generally caused gas locking problems.

According to the staff’s explanation, Tacmina’s Smoothflow Pump can control the stroke speed up to a range of 1:200, and since the diaphragm is always moving at full stroke length even when the injection volume is reduced, it is hard for gas locking to occur. When I heard this explanation, I thought I might be able to use it,” Mr. N said.

Another point that really surprised Mr. N was how quickly the pump changed the injection volume in response to changes in the water’s actual instantaneous flow rate.

“It was a perfect pump for our city’s treatment method of measuring the actually flow rate of water and proportionally changing the injection volume in real time. I asked Tacmina for a quotation right there at the exhibition and since the price fell within our budget, we decided to adopt a Smoothflow Pump.

At city A’s municipal sewage treatment plant, after adopting the Smoothflow Pump, their ability to respond to changes in the rain water volume was improved dramatically.

“At normal times, even though the pump is only running at about 2-5% pumping capacity, it is injecting accurately without gas locking occurring. Also, even at times of heavy rain when the processing volume is several dozen times higher, we can still handle it all with only 1 pump so it is a big relief.”

Mr. N was so satisfied with the performance of the pump, that he is even considering replacing another old chemical pump with a Smoothflow Pump.

・Smoothflow Pump capable of controlling the stroke speed up to a range of 1:200 while still being resistant to gas locking.

・Since an air chamber is not used, responsiveness improves with flow rate changes. 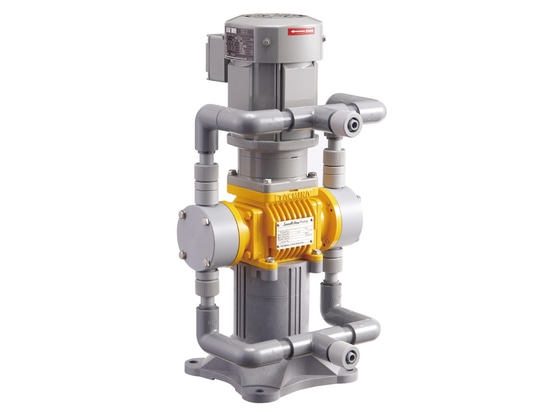 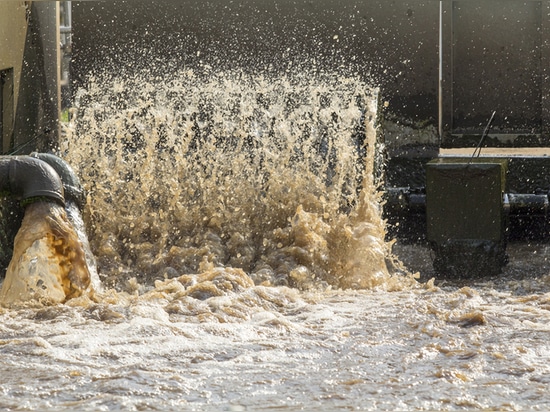 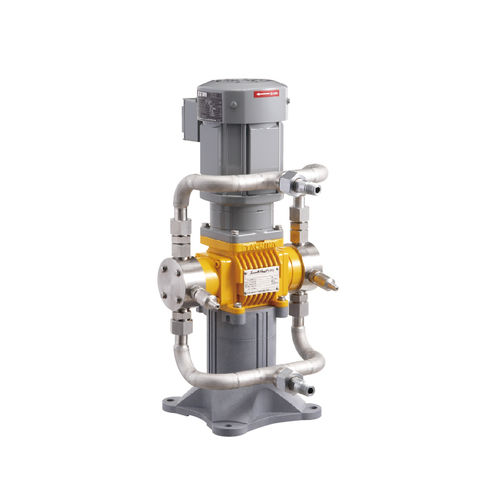 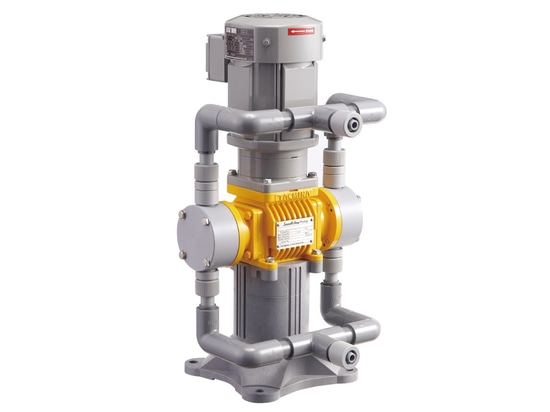 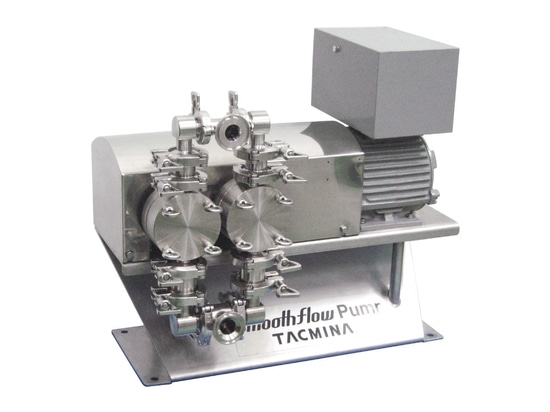 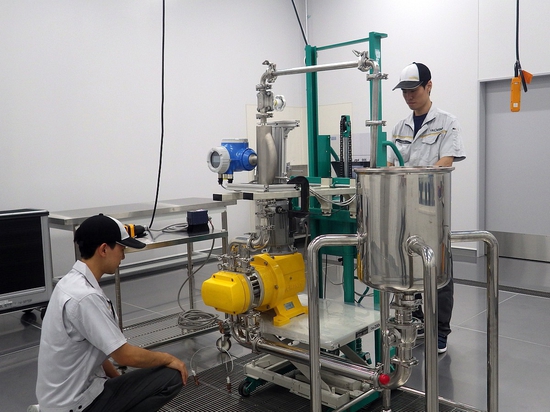 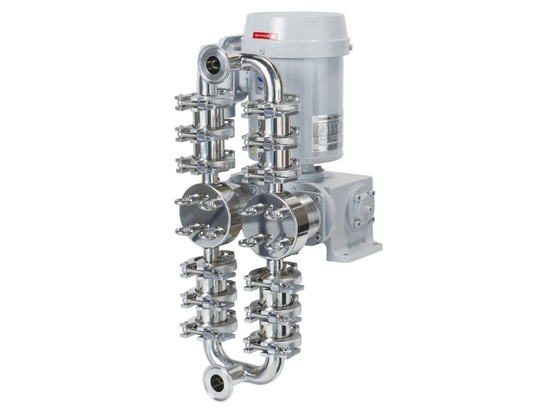