A number of Bredel pumps from Watson-Marlow Fluid Technology Group (WMFTG) are proving highly successful in the circulation and transfer of waste return slurry from concrete slab manufacturing processes. Xella, a European specialist in building and insulation materials, finds that the Bredel pumps are ideally suited to conveying the abrasive slurry on a repeatable and reliable basis, overcoming issues with previously deployed progressive cavity (PC) and centrifugal pumps.

With its Ytong, Silka and Hebel brands, Xella is one of the world's largest manufacturers of autoclaved aerated concrete (AAC), a well-known and proven ecological building material. AAC offers high thermal insulation and, thanks to its porous structure, can undertake both structural and physical building functions, normally without additional measures or supplementary building materials.

Xella, a 6000-employee company, has 91 plants in 20 countries, as well as sales organisations in more than 30 countries. Importantly, the company’s products are sustainable both in manufacture and use. To Xella, sustainability means more than simply bringing energy-efficient and environmentally compatible products to market; it is also about production, management, human resources, compliance and research.

As part of the company’s manufacturing process, the reuse of otherwise waste slurry streams is a priority. The raw materials for AAC include quartz sand, calcined gypsum and lime (mineral), which are mixed with water to an aqueous suspension. The aerating agent is aluminium powder, which is added at the end of the process to a concentration of 0.05-0.08% by volume, depending on the pre-specified density. Finally, the mix is poured into moulds. When the forms are removed from the material, it is solid but still soft. The material is then cut into blocks or panels, and placed in an autoclave chamber for 12 hours.

The waste after cutting falls into a sump. This is diluted with water and flows to an underground tank, from where it is circulated and transferred by Bredel pumps. The slurry has a specific gravity (SG) of between 1.45 and 1.7 at ambient temperature, along with a viscosity of approximately 100-150 cPs and a solids content 723 g/l.

Two Bredel 80 pumps and one Bredel 100 are installed at the company’s production facility in Meppel, Netherlands, where they have been used in this application for several years. The site operates a four-shift system running 144 continuous hours per week (there is no production on Sundays).

Bredel hose pumps are favoured by Xella for numerous reasons. For instance, this type of pump has no valves or seals to leak, clog or replace, and provides flow rates to 108,000 l/h and pressures to 16 bar. Bredel pumps can also handle viscous and abrasive slurries, pastes and sludge, with up to 80% solids in suspension. In the past, the Dutch plant used progressive cavity (PC) pumps, but these were replaced with Bredel due to high maintenance costs and long downtime periods.

At Meppel, one of Bredel 80 pumps runs 90% of the time, circulating the slurry in the tank underneath the cutting machine at a rate of 14.5 m3/hr. The slurry in this tank overflows into a back-up tank, which is where the other Bredel 80 is deployed, pumping the slurry to a bulk storage tank.

As for the Bredel 100, this is used to pump slurry from the bulk storage tank to the mixer at flow rates of between 13.8 and 18 m3/hr, along several long-sweep elbow bends in the system.

Xella has also migrated Bredel technology to its plant at Rotenburg in Germany over the past two years. This site operates two Bredel 100 pumps for circulation and transfer of the waste return stream.

At Rotenburg, the application involves the circulation and transfer of ‘schlamm’ or cement slurry, replicating the duty of the Dutch site but exclusively using the higher flow Bredel 100. During slurry transfer, the outlet is into a tank which is mounted on a load cell, while the pump is located near the tank where the cement slurry is mixed by an agitator. Suction is from the bottom of the tank with a three-way valve connecting the pump to the tank, or the flush line. The pump runs at 26 rpm (at 50 Hz) and up to 5 bar pressure. There exists the potential for two more Bredel 100 pumps on site.

The facility in Germany previously deployed centrifugal pump technology, but ongoing problems were experienced, largely due to various additives in the cement slurry. By circulating the slurry, the particles become smaller and smaller and, at a certain size, air bubbles are created. Unfortunately, the air bubbles led to the formation of air pockets in the centrifugal pumps, causing them to fail, a situation since rectified by adopting the Bredel pumps. 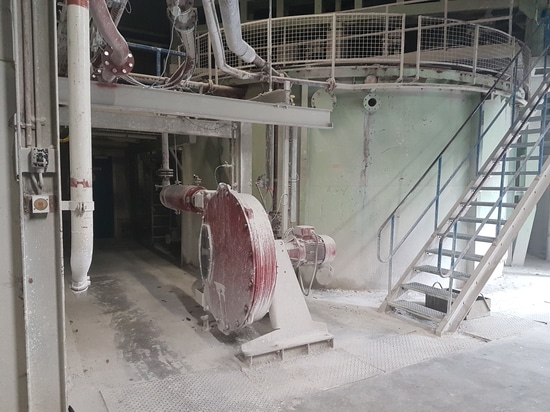 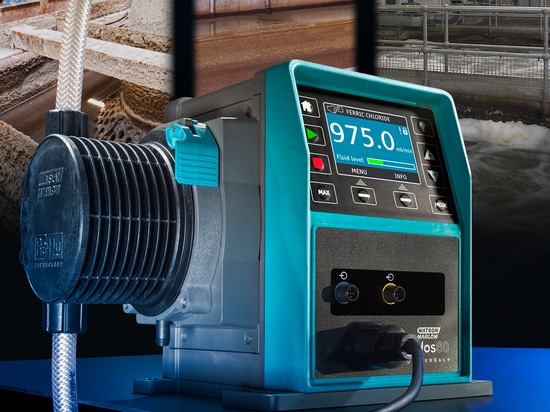 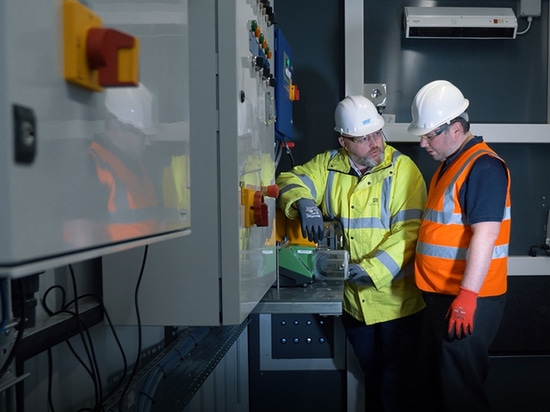 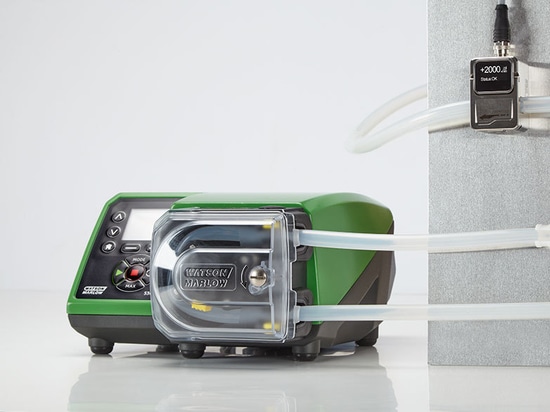 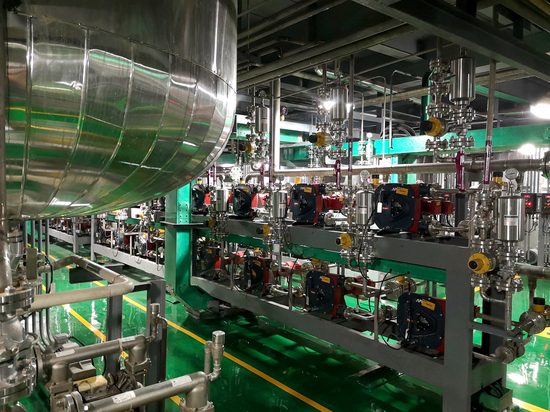