Inline leak detection for packaging in the smallest of spaces

The MAP specialist Witt-Gasetechnik has now released a new variant of the tried and tested Leak-Master Mapmax for the inline leak detection of packaging, and it’s a particularly compact version.

Minimal space requirements and a high test speed make this "short" version of the Mapmax an extremely attractive choice. With up to 14 test cycles per minute, the Mapmax Compact enables the automatic testing of the entire production volume on a single packaging line.

Only 1.167 m (46 ins.) long, the new Mapmax Compact is almost 70 cm (3 ins.) shorter than its big brother. This is a major advantage, as space can be at a real premium in many food production plants. These reduced installation dimensions make the operation of an inline leak detection system possible for the very first time for a large number of users. "We are aware of the space issue from our client projects. There is frequently a lack of space in existing production lines in particular. The new design, which is now shorter, offers significantly more room to play with – with no loss of performance and an extremely attractive price to performance ratio", Witt product manager Michael Kallweit emphasises.

The Leak-Master Mapmax enables the non-destructive detection of even the smallest leaks using CO2 as a trace gas, and integrates seamlessly into any packaging line. A vacuum in the Mapmax test chamber creates pressure differences between the packaging and the chamber. Even tiny leaks in the packaging allow gas to escape and this is detected by high-tech sensors. When a leak is detected, connected systems such as an alarm, dischargers or a device stop can be actuated via potential-free contacts.

Thanks to its speed, the Mapmax is able to check everything on a line for leaks in a contact-free and non-destructive manner: As well as individual packaging, even shipping cases and entire boxes and cartons can be tested. Witt deliberately relies on carbon dioxide detection, as this gas is usually already present in most protective gas packaging, consequently costly helium or hydrogen is not required. The device is operated intuitively via a touchscreen. It is also possible to integrate the device within a wider control system via Ethernet.

"Only 100% testing can guarantee 100% safety", Michael Kallweit explains. "With the new Mapmax Compact, we can now make this level of safety possible for even more food producers." 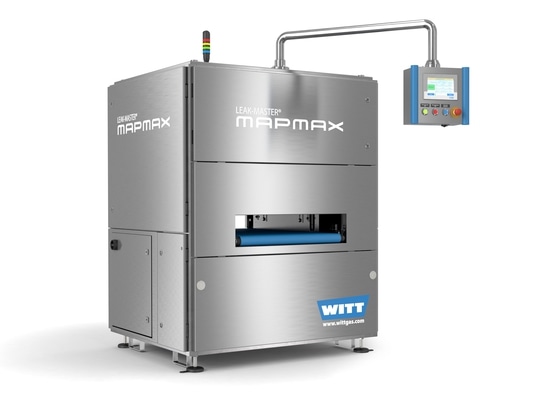 Inline leak detection for packaging in the smallest of spaces 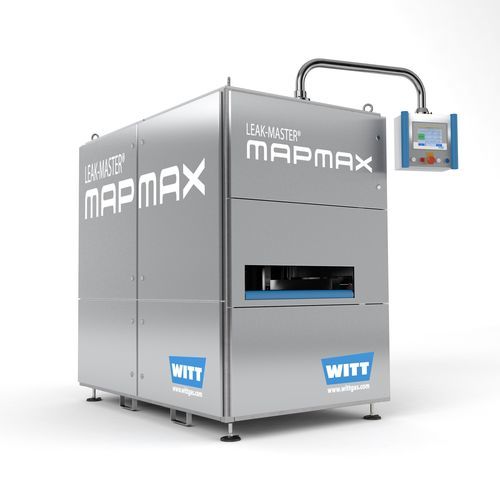 The new “Oxybeam” gas analyser from the MAP experts uses a laser beam to determine the oxygen content - without damaging the packaging.

The higher the product quality, the more important the quality control – and therefore the more expensive, if the packaging is destroyed and the product can no longer be sold. Witt-Gasetechnik are reducing these costs to zero: The new “Oxybeam” gas analyser from the MAP experts uses a laser beam to determine the oxygen content - without damaging the packaging. WITT Gas ... 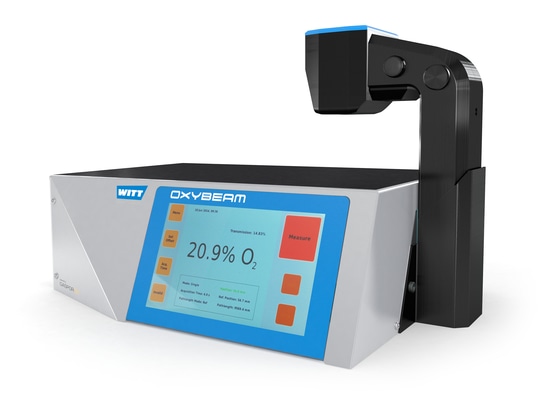 It takes just six seconds for the Oxybaby® 6.0 to reliably determine the oxygen content in packaging. The O2 value is displayed in 0.01% increments. The device only needs 2 ml of test gas to ascertain the residual oxygen content. This makes it the first choice for quality inspectors when it comes to determining the gas concentration in vials and blister packs. Such typic... 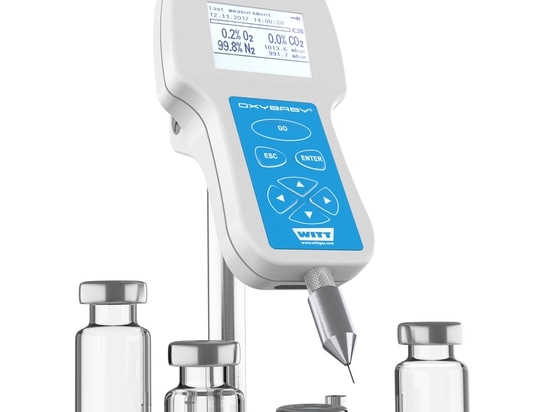 Safety experts recommend this type of external testing, as performed by the BAM, as it verifies manufacturer data using objective test procedures. "Users of our dome-loaded pressure regulators are guaranteed the maximum possible level of safety as well as operability", Andrew Smart, Head of Sales for Gas Safety Devices at Witt, explained. Oxygen is considered a critic... 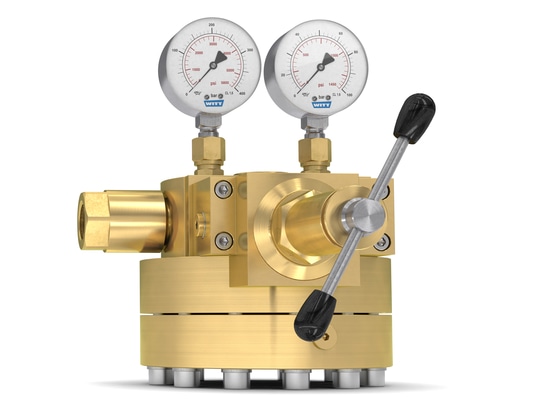 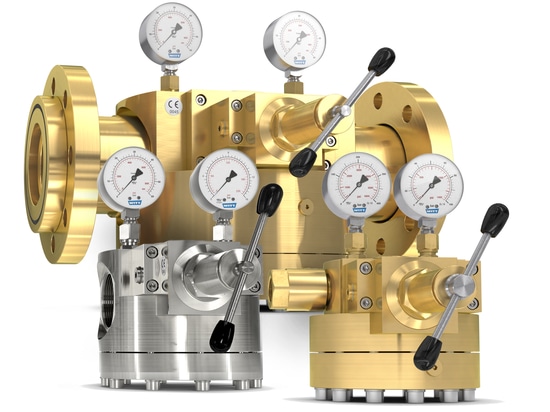