Overview: This article mainly introduces the production process of aluminum foil from raw aluminum. In this project, the temperature control is connected at each step, which simply explains the function of the instrument and some simple instrument parameter settings.

The first step, smelting: The primary aluminum is converted into aluminum liquid by a large-capacity regenerative melting furnace, and enters the casting mill through the launder. During the flow of the aluminum liquid, the refining agent Al-Ti-B is added online to form a continuous uniformity. The refining effect; the graphite rotor degassing and removing slag on the line at 730-735 °C, forming a continuous uniform cleaning effect;

The second step, rough rolling: The aluminum liquid after the first melting is introduced into the casting and rolling mill into a blank; in this process, the cooling water flow in the inner cavity of the roller is controlled to a certain range so that the outlet water temperature is controlled at 28- 32 ° C, the aluminum melt static pressure between the roll gap is controlled at 0.004-0.005Mpa, to ensure the material's crystal direction {100} face ratio>95%, grain size ≤5μm, rolling out 6.5-7.5mm slab;

Third step, intermediate rolling: The slab is re-rolled by a cold rolling mill to a thickness of 4.5 mm, which is fed into an annealing furnace and annealed according to the following process.

In this process, the instrument of AI-708PAK3L1 is selected as the temperature control, and the parameters and curves are set as follows:

After heating from room temperature to 360 ℃, after holding for 2 hours, heating is continued to 580 ℃, and kept for 18 hours, and homogenization annealing is performed to make the crystal grain size uniform and the directionality uniform;

The annealed 4.5 mm thick aluminum foil was continuously cold rolled in a cold rolling mill to 0.60 mm, and again fed into an annealing furnace, and annealing was continued according to the following process.

In this process, the instrument of AI-708PAK3L1 is selected as the temperature control as in the previous process. The parameters and curves are set as follows:

After heating to 460℃, holding for 5 hours, cooling to 400℃, holding for 7 hours, intermediate annealing; then continue rolling to a thickness of 0.3 mm as aluminum foil wool; 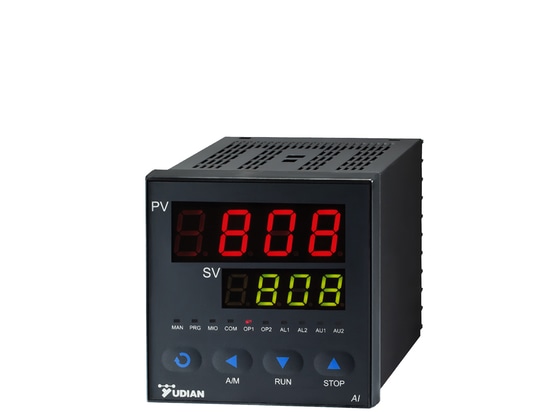 Abstract: This paper describes the application of Yudian PID Controller AI-808 in the high-temperature alumina manufacturing process of a chemical workshop in China Aluminum. It also introduce the production process, structure and process control of the system. The control system is fully standardized, modularized and systematically designed with flexible and convenient ... 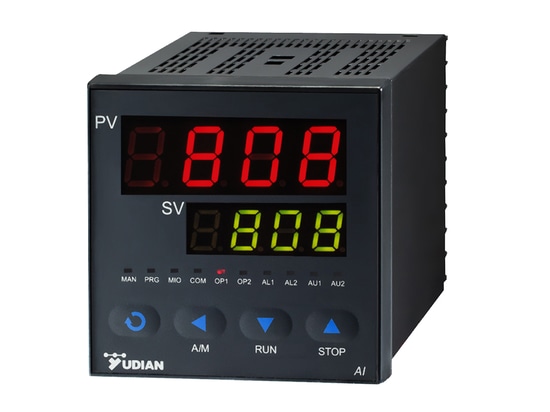 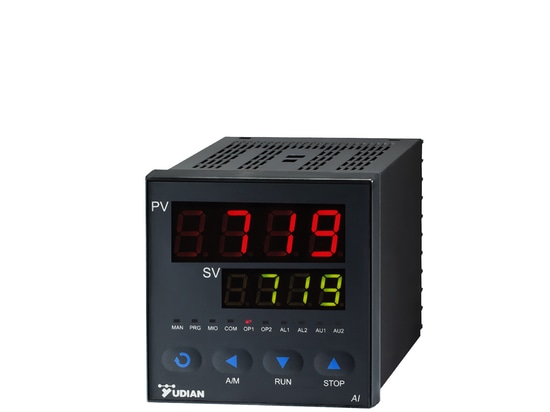 Introductions As important parts of mechanical machines, springs have good elasticity that can make it work. Made from spring steel, are widely used in machines and instruments, to control the movement of mechanical parts, ease the shock or vibration, save energy or measure the size of the force. Although spring is a small among whole manufacturing industry, it plays an... 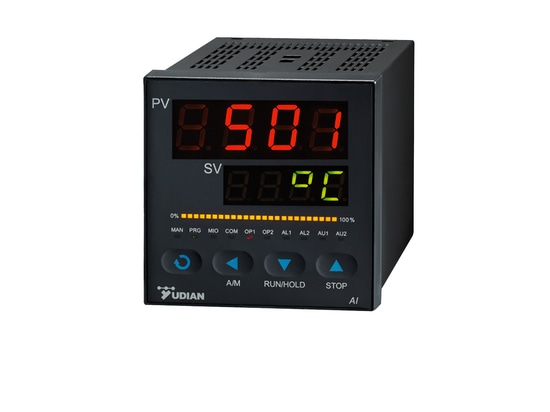