If a compressed air station isn’t running properly, it will be using more

electricity than needed – and wasting electricity is wasted money. BOGE

their usage profile enabling them to reduce energy consumption and overall

and provided consistent and accurate results.

Cleveland Compressed Air Services (CCAS) is one of the biggest independent

as a premium dealer for BOGE Compressors since 2009. For the past 15 years

the largest manufacturer of technologically advanced swimming pools in Australia. In

2015, ALT engaged CCAS to conduct a compressed air energy audit on their existing

improve manufacturing productivity and reduce capital spending. “It is essential to

energy surveying equipment can audit all areas including generation, treatment,

cycle for a typical week. The data revealed that the 75 KW compressor was operating

estimated that the additional cost of operating this compressor would be 35,000

dollars per annum in power alone.

Leaks are a significant source of wasted energy in a compressed air system, often

wasting as much as 20 to 30 percent of the compressor’s output. “All compressed air

percent, but the leak rate of an unmanaged compressed air system can be as much

have been measured. An audit can detect each and every leak – even from a long

indicated a leakage rate of 24 l/sec, with the estimated cost of producing this amount

“The use of system controllers, which control multiple compressors around a single

set pressure, is one of the individual measures that results in the greatest and most

instance calculates the increased or reduced requirement and automatically selects

the optimal compressor combination. The provision of compressed air based on

increases the energy efficiency of the compressed air station.

work at their new premises in Jandakot, which would deliver long-term savings and

In May 2015, CCAS installed a new BOGE compressed air system and associated

efficiency and longterm savings, CCAS conducted an audit of the new system,

improvements as well as an annual saving of nearly 54,000 dollars which means ALT

made back the money they invested getting the audit done over 26 times. 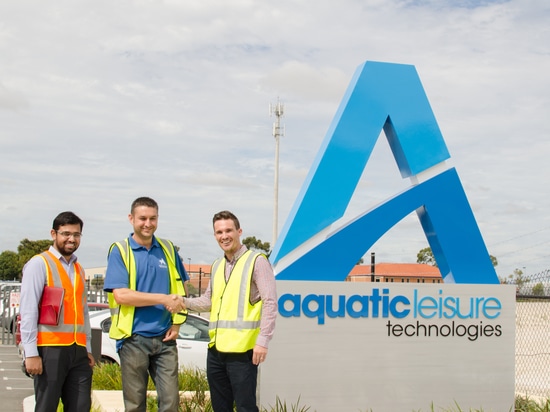 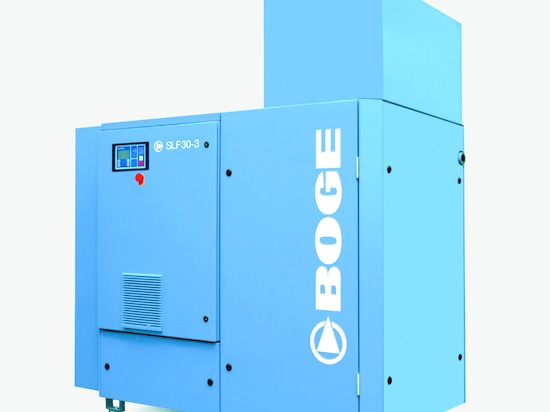 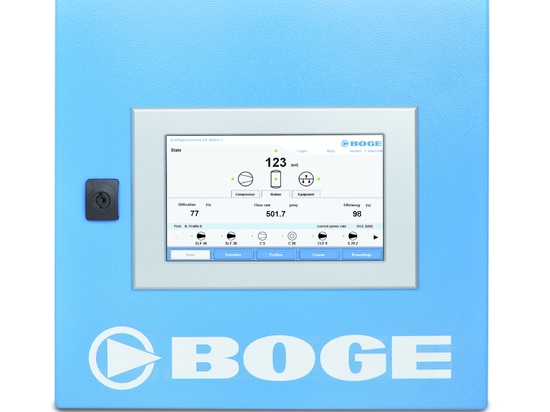 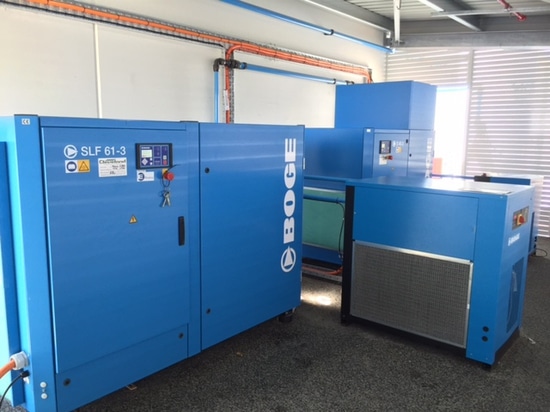 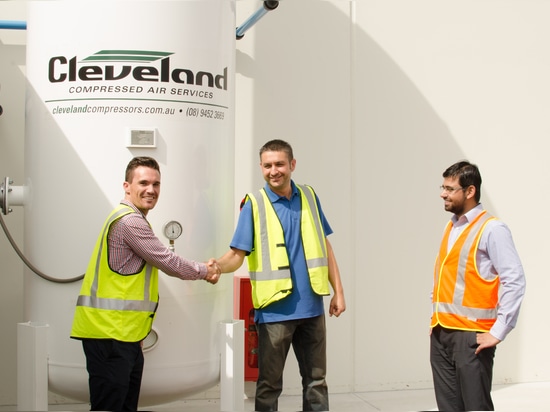 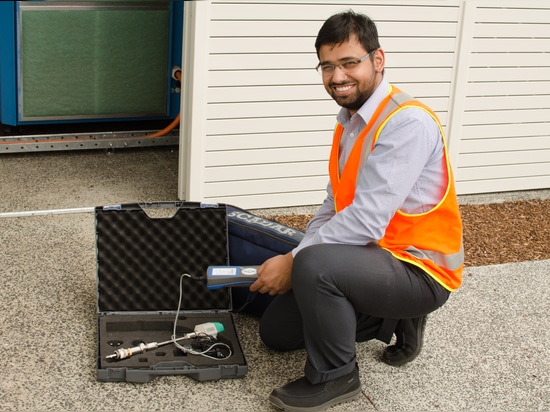 With the S-4, BOGE KOMPRESSOREN is setting a technological milestone in the screw compressor sector. Following a redesign, the compressed air system is not only extremely efficient, but also whisper-quiet at 69 dB(A). This also makes it suitable for environments that are sensitive to noise. The enclosed direct drive provides for low-maintenance continuous operation, even... 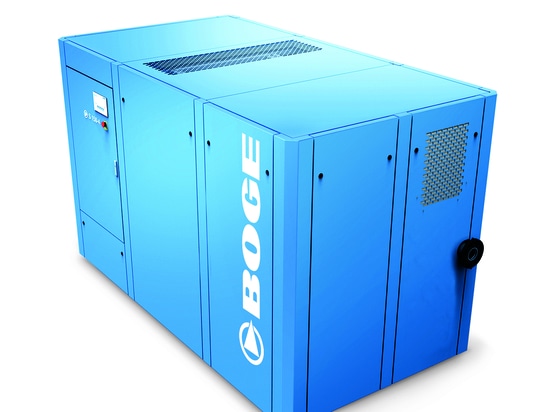 Particularly where sensitive working environments are concerned, oil-free compressed air is a must. However, since, no compressor in the small to mediumperformance oil-free segment (up to 22 kW) has been quiet and compact enough up to now to use right at the workplace, BOGE set out to develop the EO series. The scroll compressors in this series work extremely quietly wit... 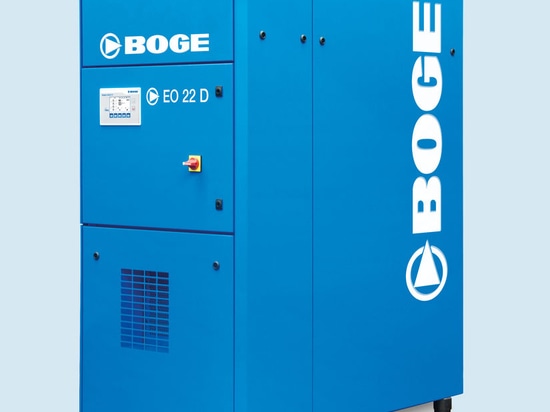 Analyse and optimise the operation of compressed air systems: the BOGE connect service tool enables intelligent compressed air management in the age of Industry 4.0. BOGE has made the requirements of dealers and end users central, with the development of the new service option. BOGE connect supports compressors over their entire life cycle and greatly reduces administrat... 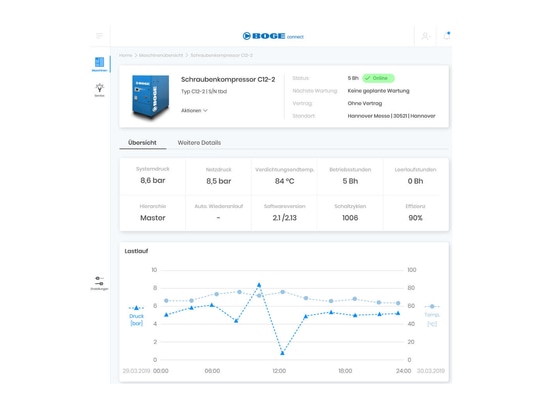 The number of starving people in the world is increasing. but at the same time large amounts of grains are going to waste on the way to the consumer. It is in the poorer regions of the world in particular that the greatest losses arise shortly after harvesting. To provide better protection from pests for grain stored in silos, the compressed air specialist BOGE has devel... 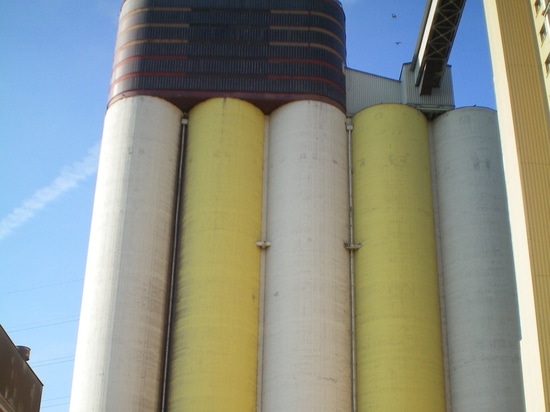