To meet these ambitious goals, Toyota is taking steps to both reduce its energy usage and move to reusable energy. And as evidenced in the company’s Huntsville, Alabama, plant, these efforts are helping Toyota not only shrink its environmental footprint – they’re benefitting the bottom line.

The Huntsville plant makes engines for popular Toyota vehicles like the Tacoma, Tundra and Highlander. Workers at the plant receive engine components that have been cast at other facilities to machine and assemble them into the engines that will go into vehicles at yet other facilities.

Compressed air (CA) systems are energy-intensive by nature. The system at the Huntsville plant is no exception; it accounts for 25% of the plant’s annual energy costs.

The legacy controls made the system an even bigger energy user than it needed to be. The aging controls were slow to start up the compressors and didn’t allow them to work together as an integrated system and did not have enough CA storage to draw from during high peak air demands.

Because of these limitations, team members had to keep compressors online more than necessary for most of the day to ensure enough air capacity to ride through short, occasional demand surges in the plant. Eddy Kiggen, a facility specialist at Toyota, explains,

“We need a minimum of 81 PSI for machines to run without stoppage. But because the compressors took so much time to start up, we had to maintain 91 PSI just to make sure we didn’t fault out at 81 PSI low CA pressure.”

The plant’s electrical contract created more challenges. The contract charges more for energy consumed during peak usage hours. When team members needed to start one of the large compressors during these times to keep the plant at capacity, a single machine start-up could increase the plant’s electricity bill by 100% of one day’s energy charges.

For the job, they turned to IZ Systems and Case Engineering, a machine builder partner in the Rockwell Automation PartnerNetwork program. The company delivered a two-part solution that included local and plantwide controls.

Locally, Case migrated the controllers on the five large compressors to its AirLogix control solution. The solution is based on the CompactLogix control platform and includes a PanelView Plus 7 operator interface to give workers performance and diagnostics data at each compressor.

At the plant level, Case used its AirMaster load-sharing solution to create a master air control system. This solution is based on the ControlLogix platform and uses the FactoryTalk View SE software for data collection and visualization. Case worked with IZ Systems who also installed a 5,000-gallon storage tank for boosted CA of 500 PSI to allow the system recovery time without faulting.

A modulating valve delivers air during high air demand periods. This stored air provides a smooth transition when an additional centrifugal machine is required to meet the plant’s air demand.

The new, more efficient air compressor controls have helped the Huntsville plant reduce annual energy usage by nearly 1 million kilowatt hours per year or about $68,000 annually. This doesn’t include the savings realized by avoiding start-ups during peak-usage hours.

As a result, the plant recovered its investment in the new controls faster than its goal of two years. Kiggen said that,

“We’ve been able to reduce our setpoint for the system from 91 to 85 PSI. That’s where the majority of the savings are on this project.”

The updated local controls help the compressors run more efficiently than the legacy controls by increasing the throttle capacity from each machine. The new master controller monitors pressure and airflow will start or stop compressors to match demand. It will draw CA from high-pressure storage tank while a compressor comes online, ride through demand surges and protect against potential issues.

“The way it’s set up now, we always have enough pressure in the storage tank for any dips or compressor failures. Even if the next compressor we try to start fails, we can start yet another compressor and people on the plant floor won’t know anything happened.”

The new system gives workers trending information to monitor air pressure and flow, energy usage and critical data at each machine, including vibration. And because this information is available in near real time – something team members previously didn’t have – it helps to analyze the CA system and assist when troubleshooting.

Team members can view the information locally at each machine as part of their routine operations monitoring. Toyota and Case Engineering can view it from anywhere using remote access.

“After electricity, air is the most important utility we have, so we keep a close eye on it. I look at the data daily to see how the system is performing and to review its efficiency. I get a text message if we have an issue, like a pressure drop or the storage tank falling below a certain level. We also like having Case connected and let them know of an issue so they can get online to fix the problem right away.”

Toyota is looking at replicating this project elsewhere for similar energy savings while continuing to drive toward zero CO2 emissions.

“Producing zero CO2 in the process of building a vehicle is a very big task. Right now, we’re trying to save as much energy as possible before we jump into renewables. And for this plant, these control upgrades are the most successful energy projects we’ve done in a long time.”

The results mentioned above are specific to Toyota’s use of Rockwell Automation products and services in conjunction with other products. 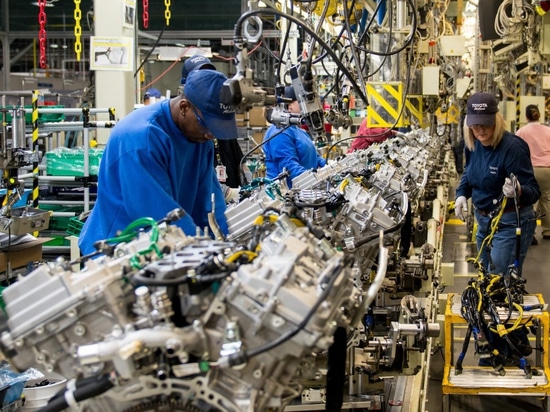 The Toyota Environmental 2050 Challenge calls for the company to eliminate CO2 emissions from its global production plants by 2050. 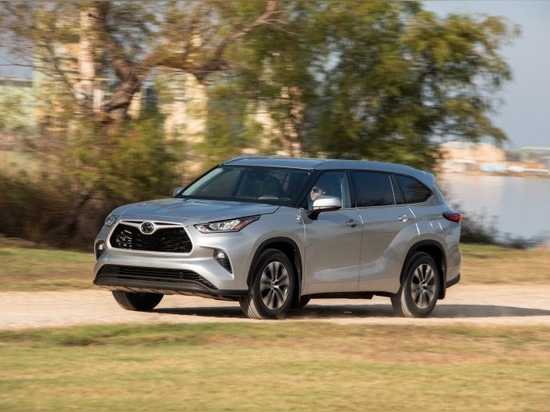 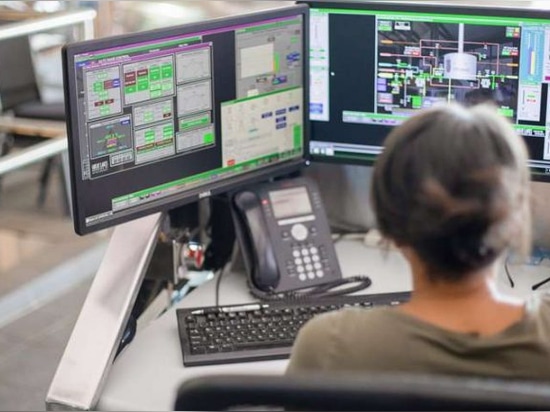 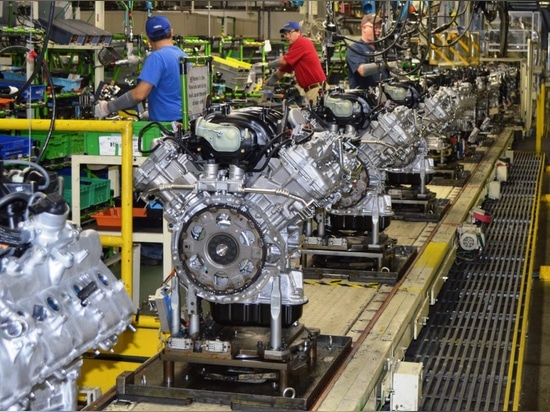 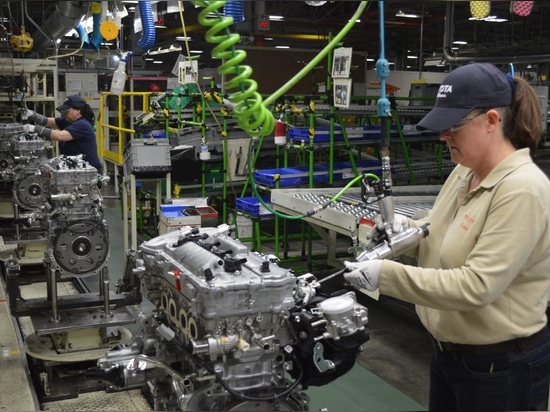 On the occasion of the 20th anniversary of our publisher, the industry sourcing company DirectIndustry, we are celebrating 20 years of industrial innovations by giving the floor to the players that brought these innovations to life.

In this interview, we focus on machine-tools. Filip GEERTS, Director General, CECIMO – European Association of the Machine Tool Industries and related Manufacturing Technologies gives his insights into 20 years of innovations in machine-tools. 20 Years of MACHINE-TOOLS with CECIMO Cecimo is a European umbrella organization of machine tool manufacturers, consisting of... 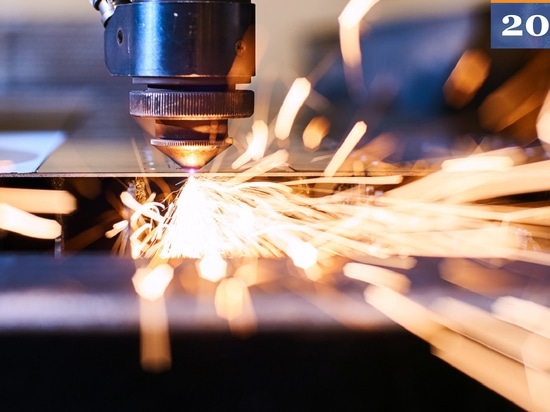 Organizing virtual events was one of the possibilities we envisioned. That’s the path Rockwell Automation decided to take. The automation leader is launching a series of free online events, called VirtualConnect. The first event will take place on May 12 from 10:00 a.m. to 2:00 p.m. (CET). Last month, when we interviewed Edward Barbini, vice president of corporate co... 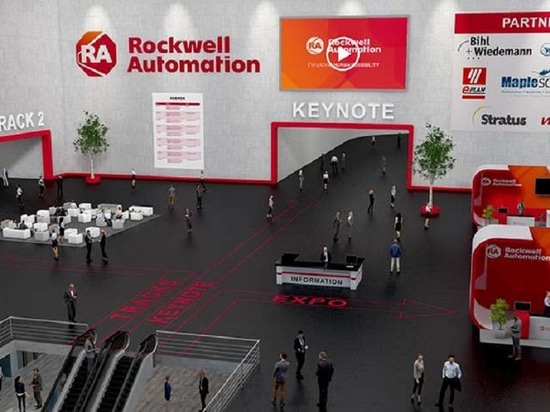 Could the pandemic accelerate the digitization and automation of industry? Mike Loughran, chief technology officer for the UK and Ireland at Rockwell Automation, thinks so: “Augmented Reality, Artificial Intelligence, remote working and advanced analytics can all be used to meet the challenges of coronavirus. But they require a connected enterprise which allows th... 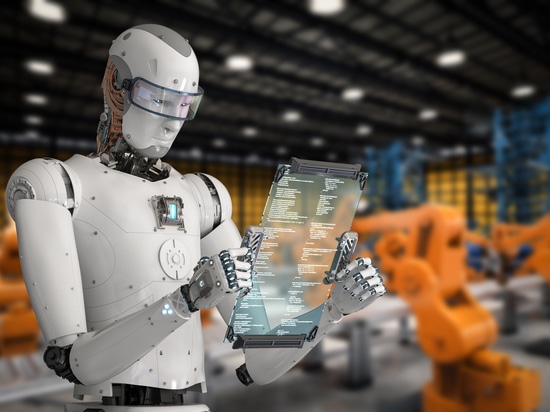 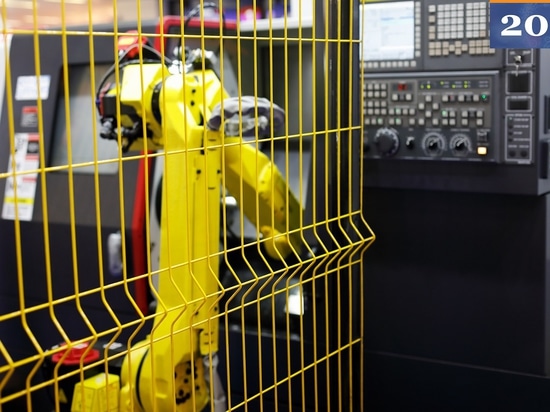