Sitrans CloudConnect 240: a new IOT gateway for the process industry

Siemens presents the Sitrans CloudConnect 240: a new IOT gateway for the process industry. It provides a second data channel, completely independent of the control system, which is used to transmit data from any HART®-based field devices to the IT world.

In the process industry, field instrumentation is a central source of data, when it comes to digitalization. The Sitrans CC240 IOT gateway establishes a second data channel, which makes field level data that was previously hidden available to the user – without adversely affecting the existing control technology. The system creates a direct connection between the field device and IT or the cloud and reads not only basic process values but also identification, configuration, and diagnostics parameters – for any HART® device of Version 5 or later. The system then makes this data available via an OPC UA server or the Siemens MindSphere IoT-as-a-Service solution.

The data is harmonized in line with the Namur Open Architecture information model. This creates a standard perspective on the installed base - regardless of the technology and manufacturer - which means that digital applications can be created for the first time, for both on and off-premise environments. For example, asset monitoring and management solutions can be implemented, particularly for smaller plants. Sitrans CC240 supports the connection of up to 64 devices and has an on-board web server with the necessary configuration options and management views so that additional tools are not required.

The available connectivity options also mean that it can be integrated into existing systems. OPC UA can be used to transfer field device values and data directly to automation or IT systems, for example for performing calculations or analyses outside the actual control task. The connection to MindSphere supports the distributed use of several Sitrans CC240 systems – ideal for monitoring globally distributed assets on a central instance. 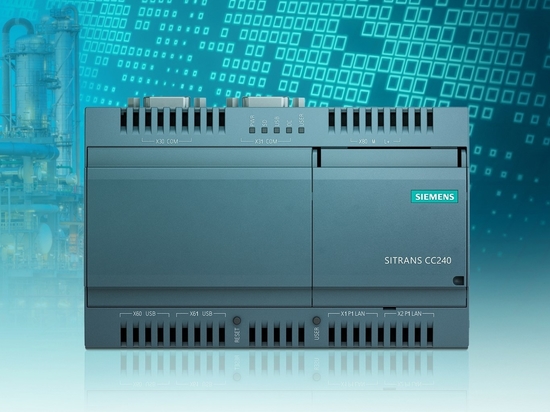 Siemens presents the Sitrans CloudConnect 240: a new IOT gateway for the process industry.

Siemens is expanding its field device portfolio for process plants to include the new Sitrans SAM IQ app for the Smart Asset Management (SAM) of field devices. With the Sitrans SAM IQ app, the user has new opportunities to make use of valuable information that was previously hidden. Primarily, this is additional diagnostic data, which can be collected, prepared and visua...

Siemens presents the new Sitrans LT500 level, flow, and pump controllers for radar and ultrasonic transmitters or any other two-wire 4-20 mA devices. From basic level control to complex pumping routines, these instruments deliver the accuracy and reliability demanded by a variety of applications. Complete with up to 2 measuring points, 6 control or alarm relays, 2 discre... 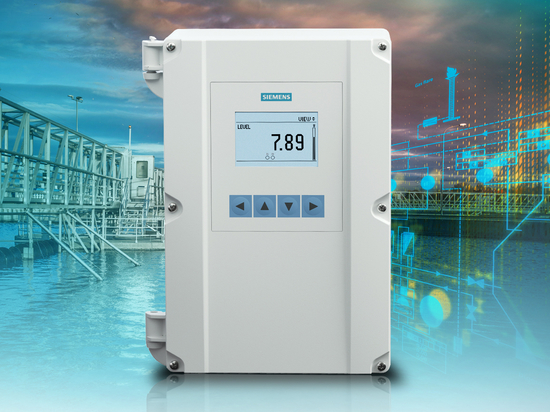 Measuring 20 millimeters width by 65 millimeters height, the module is one of the smallest weighing electronics units available. The device’s 1,000 Hz sampling rate and processing time combined with a digital output response time of less than one millisecond guarantee highest accuracy and repeatability. This capability represents especially in case of checking scales and... 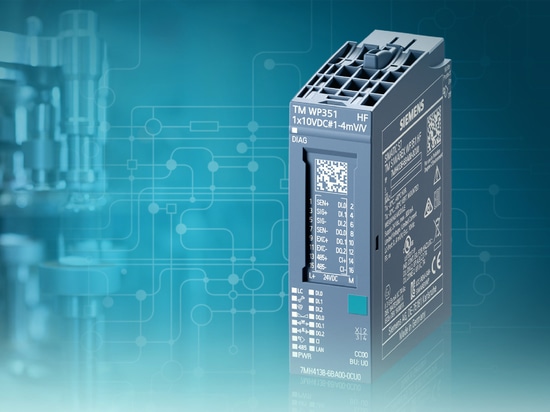